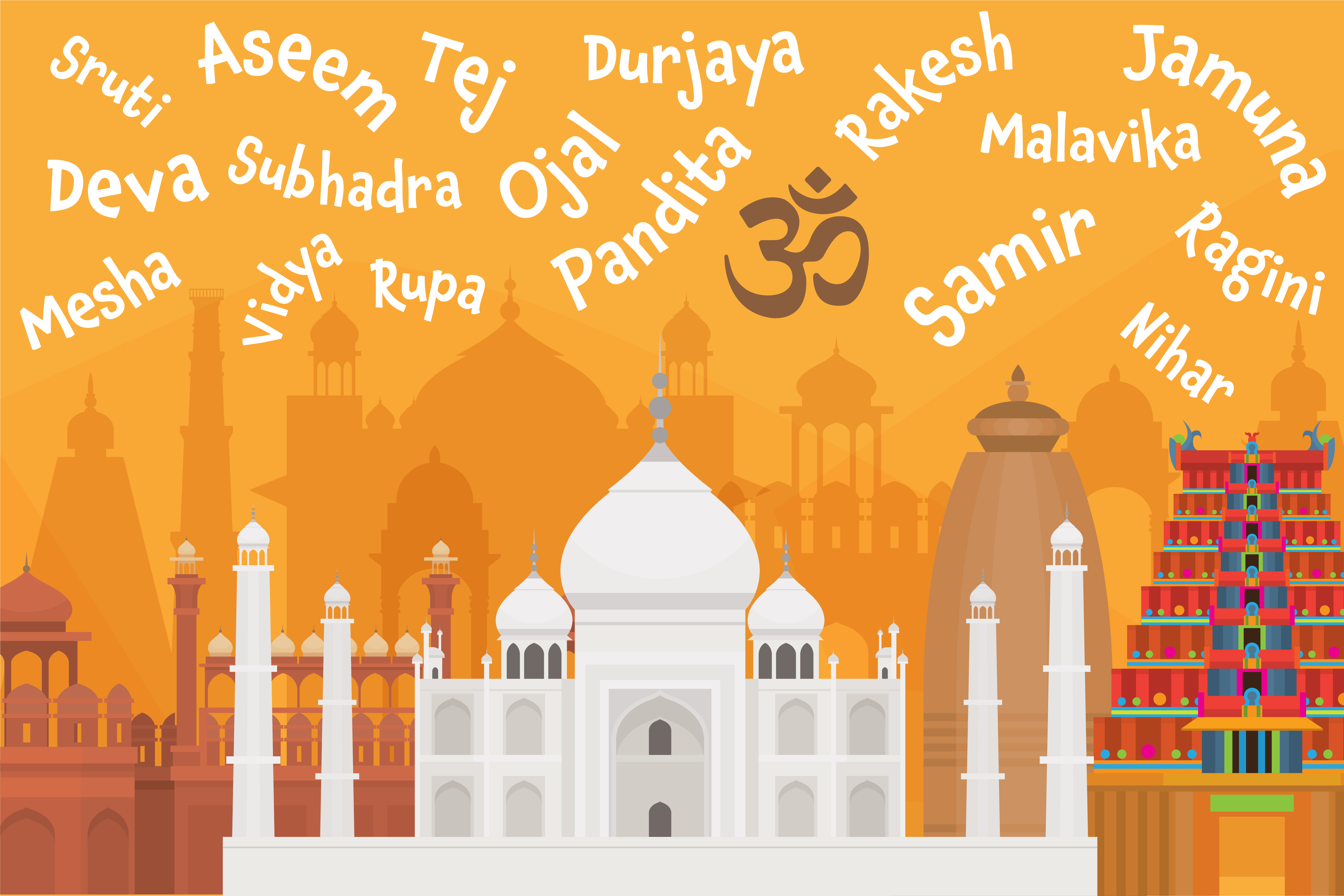 India has a wide variety of baby names that are commonly used. Below are a couple of categories of names that are great choices for your little one. There are popular names and mythological names for each gender, as well as unisex names. We included some information on Hindi naming traditions and history as well.

Given names vary in India based on region and religion. There is a wide variety of languages spoken, therefore, many of the names chosen will differ based on what is spoken. Although there is not much to be said about the history, the traditions of naming a child are based on culture.

Here are some examples of different Indian and Hindu cultures are how they choose baby names.