L. Elizabeth Forry
Find the meaning and origin of popular Dutch names for boys and Dutch names for girls. Search our list of common names from the Netherlands and learn name meanings from A-Z. 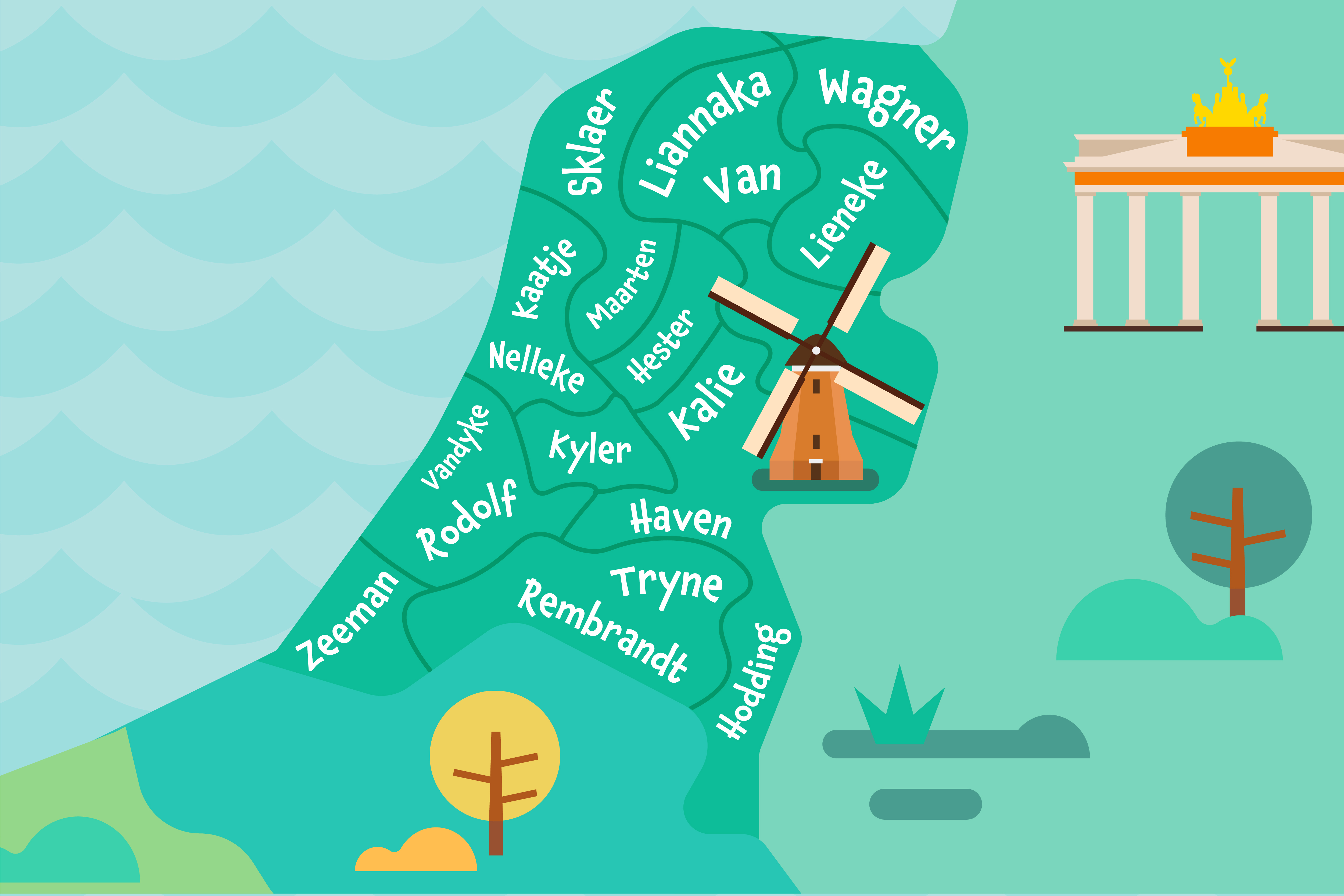 Dutch is the language spoken in Holland, a country in the Netherlands famous for its wooden shoes, windmills, and tulips. Holland has also produced many great artists like Van Gogh, Rembrandt, and Vermeer.

Many people confuse Dutch for German as the two languages share similar sounds. For example, when Germans immigrated to the United States, it was common for immigration officials to misunderstand people pronouncing the word Deutsch (German for German) as Dutch and enter them incorrectly on registrars as from Holland.

The large Amish community in Pennsylvania is referred to as the Pennsylvania Dutch, even though they are descendants of Germany.

There were, however, many Dutch immigrants who also came to the Americas early on. Many settled in what is now modern-day New York City which was once called New Amsterdam.

Dutch names tend to be stoic, traditional, and biblical in nature, and many have stood the test of time. So, if you are looking for a solid first name for your baby, look no further than our list of Dutch names. Read on to discover the meaning of some traditional Dutch boy and girl names.

Boy Names From the Netherlands

Girl Names From the Netherlands