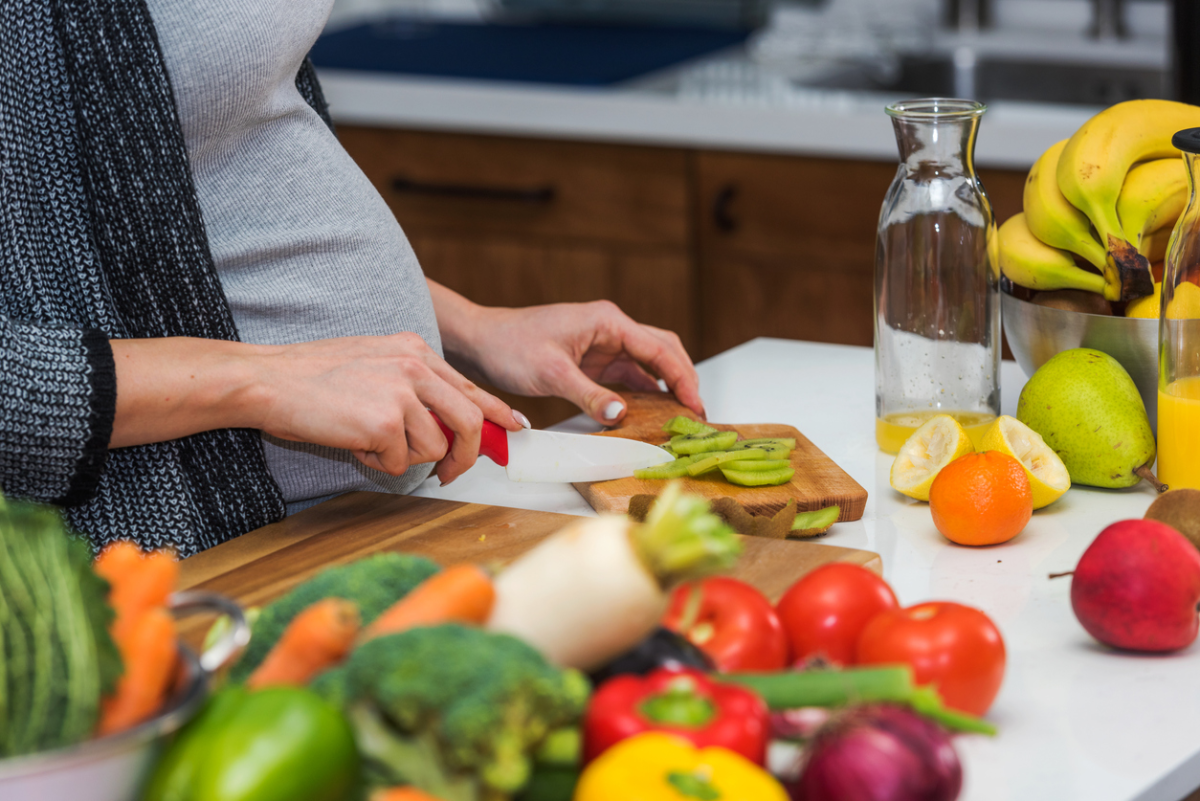 Good Nutrition: The Best Way to Build Your Baby’s Brain

Dive into the world of Epigenetics and discover how to build your baby's brain!
Judith Finlayson
Table of contents

If you’re a new parent, you’ve likely spent a lot of time researching ways to improve your baby’s cognitive skills. Traditionally, it was thought that a child’s environment after birth fosters their ability to learn. Although strategies like listening to music and observing colorful mobiles stand the test of time, current research indicates that the capacity for intellectual development originates even before a baby is born.

If you think that means genetic inheritance, think again. Although genes contribute to intelligence, their influence is limited. Their effect is scattered across many different genes, each playing a tiny role. More significant is how those genes interact with their environment. This process is known as gene expression and it involves an area of science known as epigenetics.

Not coincidentally, epigenetics is the beating heart of prenatal development. As a fetus develops, its cells divide and differentiate. To oversimplify, the different cells it needs - brain, heart, liver, and so on - are created by epigenetic processes that involve switching specific genes on or off.

Throughout life, many factors including DNA influence gene expression. The epigenome links genes with their environment and its impact originates long before conception. Scientists now know that epigenetic patterns are heritable, programming subsequent generations for health or illness.

For starters, life experiences leave epigenetic marks on cells, including reproductive cells - the sperm and egg that unite to form an embryo. Once conception occurs, a woman’s nutritional status prompts patterns of gene expression that impact her pregnancy. The food she eats, the air she breathes, and the stress she experiences all affect how her baby’s genes are expressed.

Poor nutrition raises the risk of delivering a baby with a lower birth weight, which has been linked to an increased risk of a wide range of chronic conditions such as heart disease and diabetes. In terms of brain development, full-term newborns weighing less than 5.5 pounds are more likely to have poor cognitive function.

Nutrient deficiency during pregnancy can spark alterations in gene expression that threaten a child’s school smarts. Researchers studying the nature of umbilical cord tissue have been able to connect these changes to cognitive performance and learning ability, as well as socially disruptive behavior and poor performance in school.

Consider fetal alcohol spectrum disorders. When a pregnant woman overindulges in alcohol, it compromises her body’s ability to utilize nutrients. Combined with the potentially toxic effects of alcohol, her nutritional deficiency increases the risk of harmful pregnancy outcomes, including cognitive problems.

Scientists don’t fully understand the cellular mechanisms of this, but alcohol and poor nutrition appear to team up, destabilizing the expression of numerous genes. These risks can originate even before a baby is conceived, in part because a father’s sperm can transmit detrimental epigenetic modifications. Fathers who drink too much alcohol around the time of conception increase their offspring’s risk of behavioral problems, including poor performance in school and ADHD (attention deficit hyperactivity disorder).

Maternal inflammation is another risk. It disrupts the delivery of key brain building nutrients to the fetus, sparking epigenetic changes that can sabotage brain development. Obesity, chronic stress and certain diseases trigger inflammation, as does a diet high in ultra-processed foods like sugar, refined carbs and unhealthy fats - staples in the so-called Standard American Diet.

Various dietary approaches like the DASH diet and the Mediterranean Diet are very effective at lowering inflammation, among other benefits. These healthy eating plans are rich in plant-based, high-fiber foods like whole grains, fruits and vegetables, and limit refined foods such as unhealthy fats. Always consult with your doctor or health specialist before making any big dietary changes during your pregnancy.

Plan for Pregnancy in Advance

Consuming a nutrient-dense diet prior to becoming pregnant supports a healthy pregnancy by improving negative patterns of gene expression that might be passed onto offspring.  Moreover, research shows that the effects of poor nutrition have the greatest impact during certain periods of development, including the first 8 weeks after conception.

That’s why, ideally, the time to begin thinking about having a baby is well before you become pregnant. Experts advise at least 3 months of preparation prior to pregnancy - the minimum required to boost sperm quality and build up the mother-to-be’s nutritional reserves.

Make Sure You Have the Necessary Nutrients

While it’s always important to consume a variety of nutrients, some are vital in supporting various epigenetic processes during pregnancy with different effects. These include folate, vitamins, B6 and B12, iron, zinc, iodine, vitamin A, vitamin D, calcium and choline.

Throughout pregnancy, rapid fetal growth requires additional calories, especially from protein and healthy fats. The research on the benefits of omega-3 supplementation during pregnancy is very robust. Omega-3 fatty acids are important at every stage, from preconception through delivery and lactation, but especially during the last trimester when the baby’s brain and nervous system are forming.

Throughout the life cycle, epigenetics affects well-being. The science is complex but the message is simple. Eating a nutritious diet built around a variety of whole foods does more than keep you healthy. It establishes a legacy of wellness that helps to build hale and hearty offspring with aptly developed brains.

Judith Finlayson is an award-winning author who has written books on a variety of subjects, from personal well-being and women’s history to food and nutrition. The scientific data, information, and statistics in this article are based on her award-winning book, ‘You Are What Your Grandparents Ate.’ (Published by Robert Rose Inc, 2019). Visit her at www.judithfinlayson.com.

Goisis, A. Decline in the negative association between low birth weight and cognitive ability. (PNAS, 2016).

Bernal, C. Diet quality in early pregnancy and its effects on fetal growth outcomes: The Childhood and Environment Mother and Child Cohort Study in Spain (The American Journal of Clinical Nutrition, 2010).

Lee, H.S., Impact of Maternal Diet on the Epigenome during in Utero Life and the Developmental Programming of Diseasesin Childhood and Adulthood. (National Library of Medicine, Nutrients, 2015).

About the author
Judith Finlayson

Judith Finlayson is the author of You Are What Your Grandparents Ate:  What You Need to