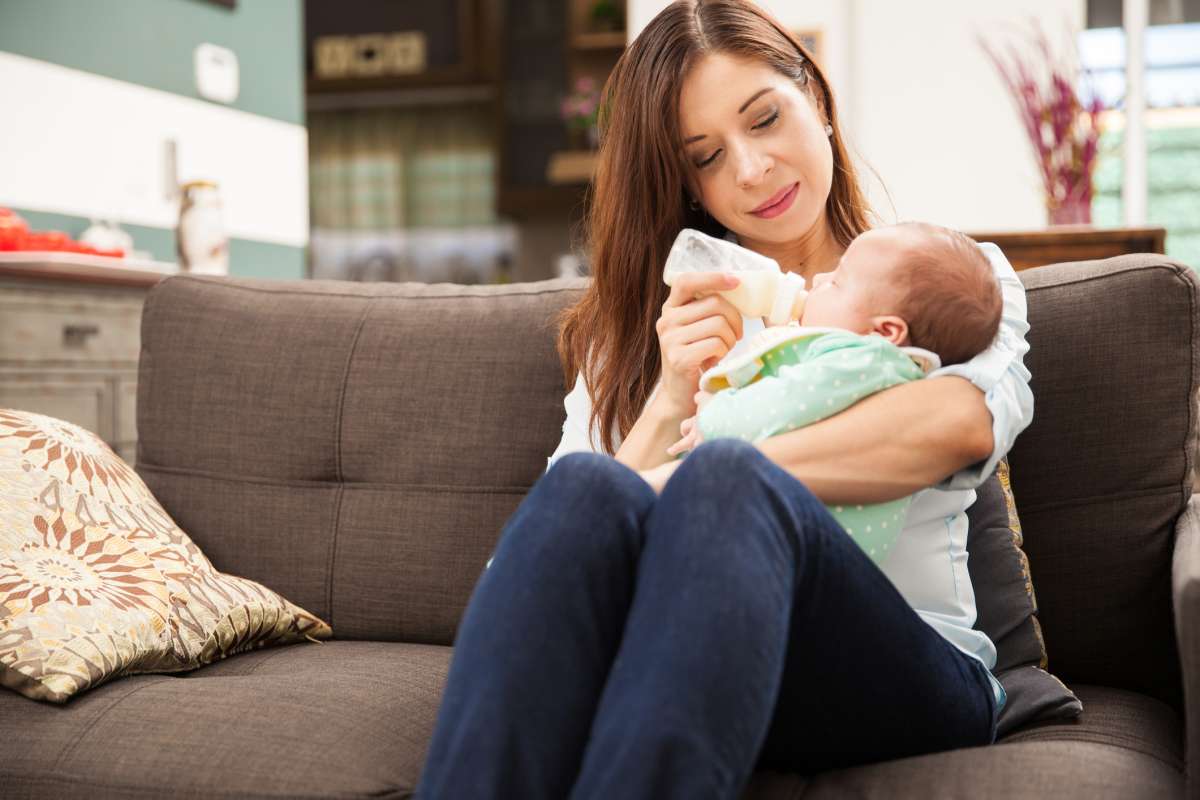 How Much and How Often to Formula Feed

Not sure if your baby is getting enough to eat? Learn how much and how often to formula feed from the experts.

When I brought my first son home, my husband and I were totally freaked out about how much and how often to formula feed. Our little guy was only eating about an ounce at the time. We were convinced he wasn't eating enough and that would lead to dire consequences. We even had an Excel spreadsheet to track his intake.

Little did we know that he was doing just fine for a newborn.

A lot of parents have questions about how much a formula-fed baby should be eating. We consulted Healthy Foods, Healthy Kids: A Complete Guide to Nutrition for Children From Birth to 6-Year-Olds and Johns Hopkins Medicine to get the answers.

Feeding Your Baby in the First Few Days

Like breastfed babies, infants nourished with formula should be allowed to feed on demand. That helps them to eat only when they are hungry, which sets the stage for easier weight control in the future.

Babies sleep a lot just after birth. During the first few days of his life, your baby will take very little at a sitting, perhaps just an ounce or two, but he will need to eat frequently (see the chart with suggested number of bottle feedings below).

Don't allow sleeping babies to miss a feeding because you don't want to wake them, or think that you should not. Wake baby after three hours and offer him a bottle to ward off the risk of dehydration and malnutrition.

Feeding Your Baby in the First Few Weeks and Months

Your baby's appetite kicks in soon enough and his formula consumption should, and typically does, increase accordingly.

Infants need to drink enough formula to put on about one ounce of weight every day during the first three months. Your regular visit to the pediatrician during this time will help the doctor gauge your baby's development. Growth slows to about a half ounce gain a day between three and six months, and babies gain even less than that as they get closer to their first birthday.

Suggested Number and Volume of Bottle Feedings for a Normal Infant

Don't feel badly when your newborn doesn't drink the whole bottle or eat according to the suggested intakes below. Babies should be fed when they are hungry. Parents must recognize and respect their child's signals that they are full and not try to overfeed them to comply with arbitrary eating goals.

Like their breastfed counterparts, formula-fed babies do not require extra fluid unless it is very hot and humid outside.

*You can begin feeding your child solid foods such as iron-fortified infant cereal at four months of age. Formula consumption tends to begin declining after six months because it's assumed that your baby will be eating more solid foods as time goes on.