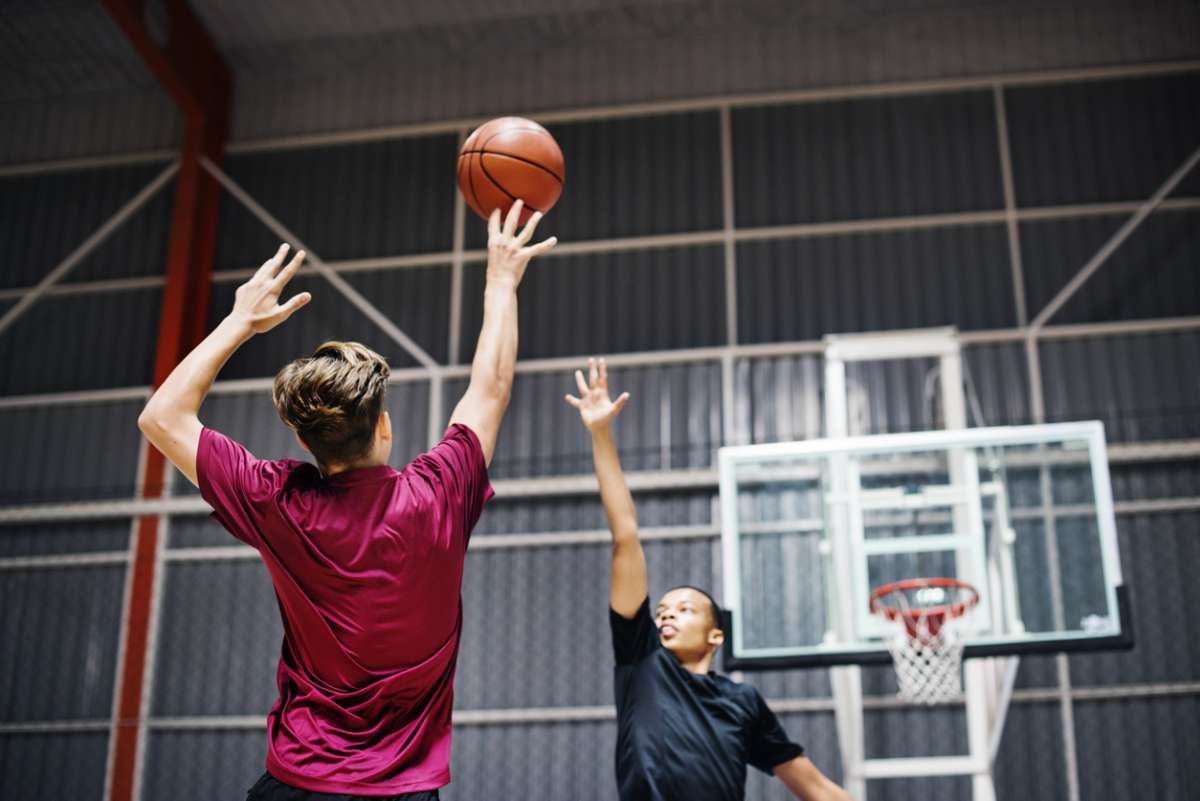 How To Know if Your Child’s Growth Plates Are Closed

Can your growth plates close early? How to know when you stop growing and how growth plates influence height for boys and girls.
Elisa Cinelli

Teenage growth spurts often happen so quickly, it’s hard to believe. As soon as you buy them new shoes or jeans, it’s time for another size up.

But how tall will your child grow to be? And what happens if your child injures or fractures one of their growth plates?

Puberty is a confusing time, so we answer all your questions about growth plates, puberty and height with input from Shari Nethersole, a physician at Children's Hospital, Boston, and an instructor in Pediatrics at Harvard Medical School.

Ask an Expert: How to Know When Your Child Has Stopped Growing?

Q: My 14-year-old son recently fractured his middle finger. An X-ray revealed not only the fracture, but a lack of growth plates in the wrist. This prompted the orthopedist to tell my son that he had reached his full stature at 5'7" tall.

The insensitivity issue aside, is it a medical certainty that because the growth plate in one wrist has fused he will grow no taller?

A: Predicting growth can be a little tricky. While it is true that once a growth plate has fused there will be no lengthening of that bone, not all the growth plates in the body fuse at the same time.

Some bones, like the small bones of the wrist and feet, might fuse while other bones in the body still have open growth plates. Height will be determined primarily by the growth in the bones of the legs and the spine at this time.

It is quite possible that the small bones in the wrist have closed while the growth plates in the legs are still open, and that would allow for continued increases in height. You wouldn't know for sure unless you looked at an X-ray of the legs.

That said, hand and wrist X-rays are a standard use as a predictor of skeletal maturity in children, so it may be that your son has finished growing. The growth plates in the knees generally close at about the same time as the ones in the wrist.

The usual progression of fusion of growth plates is elbow first, then foot and ankle, then hand and wrist, then knee, then hip and pelvis, and last the shoulder and clavicle. It is possible that he has finished.

However, 14 would be quite early for a boy to stop growing unless he has gone through puberty early. Most boys don't stop growing until about age 17.

The main factor that determines when the growth plates fuse is the rise in various hormones that takes place with puberty. Testosterone, which is the major hormone in boys, promotes growth as well as maturation of bone, eventually causing the growth plates to fuse.

For boys, the growth spurt occurs fairly late in puberty, after there is already a fair amount of pubic hair and the penis and testes have enlarged to almost their full size. If your son is more in the middle of puberty.

Iis likely that he still has some growth in height left, in spite of a wrist that is no longer growing. If your son has already gone completely through puberty, it is more likely that he has finished growing.

Your son's doctor can assess this more at his next visit.

What is a Growth Plate?

Growth plates – also called epiphyseal plates – are small areas where bone tissue is stored, near the ends of long bones, such as the tibia, the fibula, or the femur. This tissue indicates that there is still growth potential.

Growth plates that have not yet formed into solid bone appear as a dark line on an X-ray.

If your child’s pediatrician sees growth plates on an X-ray, whether it’s of their wrist, their leg, or any bone, they can assume that your kid still has some growing to do.

But, if they don’t see any dark lines at the ends of the bones, this indicates that the growth plates are closed and your child has reached their full adult height.

An X-ray can tell you whether your child is done growing or whether they will sprout up a few more inches over time. If your child is still growing, the long bones in their body will have growth plates on their ends.

Growth plates are made up of cartilage that has the potential to become new bone growth. They appear as dark lines on an X-ray.

If the growth plates are not visible on an X-ray, these bones are done growing. There isn’t any more material for the body to grow into new bones. But, not all growth plates in the body close at exactly the same time.

For example, closed growth plates on the wrist cannot guarantee that the leg bones are done growing.

At what Age Do Boys and Girls Stop Growing?

Both boys and girls have a growth spurt during the teen years, around the onset of puberty. Girls start puberty earlier than boys, and their growth spurt is generally around age 12.

Boys start puberty later than girls, which is why a class of seventh graders may be the only year that most of the girls are taller than most of the boys. But once boys hit their spurt, around age 14, they quickly outgrow most girls.

Of course, this isn’t always the case. Some boys are on the shorter side and some girls are on the taller side depending on a variety of genetic factors.

Boys also put on muscle during puberty, growing into a wider stature, while girls put on fat and grow curves during this time.

What Factors Influence a Person’s Height?

Genetics plays a major role in a person’s final height. Children get their height from both parents.

Sex at birth influences a person’s height relative to their genetics. Human males are generally taller than human females, so a boy in one family is most likely going to be taller than his full biological sister.

Diet and socioeconomic status may impact growth. Not having access to proper nutrition during childhood, especially foods rich in calcium, can stunt growth.

Why Do Growth Plates Close?

Growth plates close when there is no more potential for growth. No matter how healthy your child’s diet is or how much physical exercise they get, genetics can only take them so far.

Even taking growth hormone will only help you reach your maximum potential height, it cannot help you surpass what is written in your DNA.

What Can Fracture Growth Plates?

Activities like gymnastics, biking, or even just tripping on the stairs can lead to a growth plate injury. And while you can’t necessarily prevent these injuries, it’s important to seek medical care when they do happen.

A growth plate fracture can affect how the bones continue to grow, causing them to grow crookedly, so it’s important to treat immediately.

Should You Be Concerned About Your Child’s Growth Plates Closing Early?

In general, a healthy child’s growth plates will close when they have reached their maximum height potential.

A parent’s job is to make sure that their kids are eating well and getting enough physical activity. You should also take your child to all of their physicals and see a pediatrician regularly, including through the teenage years.

If there is an issue with where your child is on the growth charts, your child’s pediatrician will assess why this might be happening and prescribe any necessary treatment. You should also reach out to your child’s doctor if you have any concerns about their growth.

Can You Grow if Your Growth Plates Are Closed?

So once those growth plates have solidified, can someone still get any taller? Well, it’s unlikely, but not impossible.

While it is true that once a growth plate has fused there will be no lengthening of that bone, not all the growth plates in the body fuse at the same time. Some bones, like the small bones of the wrist and feet, might fuse while other bones in the body still have open growth plates.

Height will be determined primarily by the growth in the bones of the legs and the spine. You wouldn't know for sure unless you looked at an X-ray of the legs.

That said, growth plates don’t generally close too long from others in the body. In fact, hand and wrist X-rays are a standard use as a predictor of skeletal maturity in children.

The growth plates in the knees generally close at about the same time as the ones in the wrist.

For more information on what changes to expect during puberty, check out: Are Teen Stretch Marks Normal?