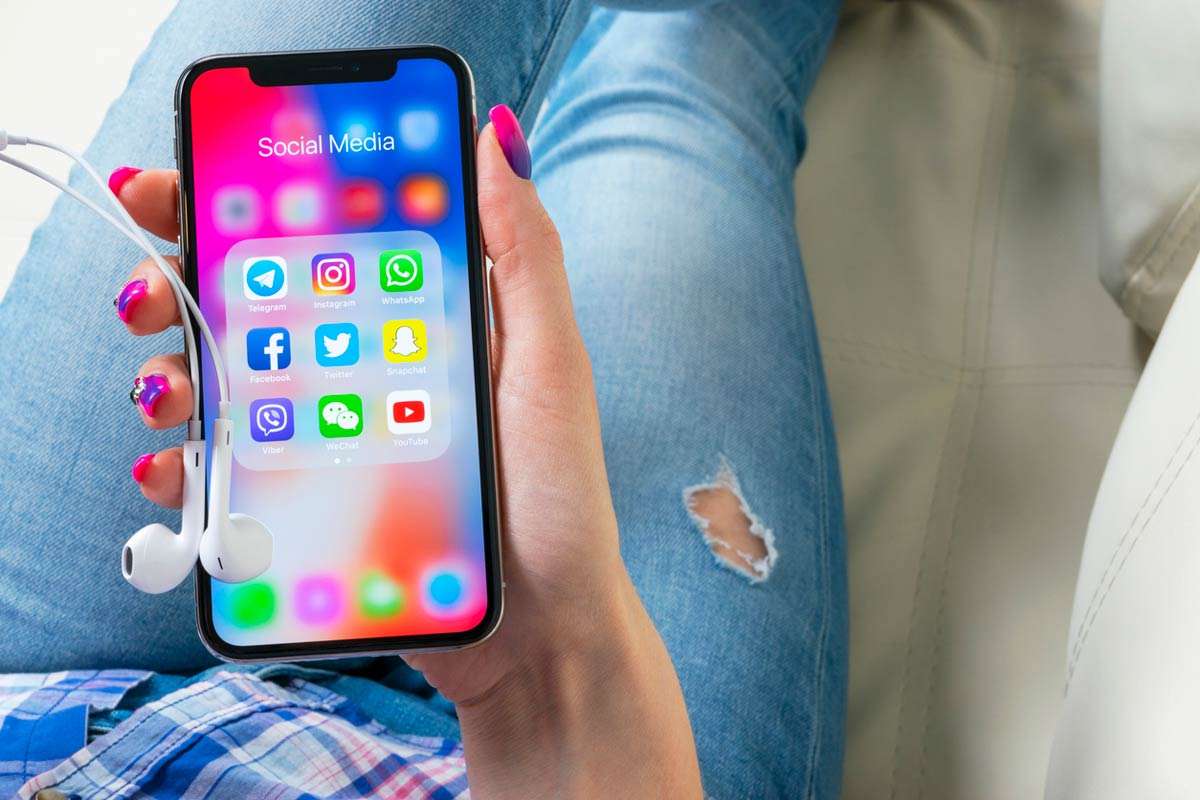 Snapchat 101: A Helpful Guide for Parents of Teens

Are you worried about your teen's Snapchat use? This is the ultimate guide to Snapchat for parents of teens. Learn all of the Snapchat lingo and terms, how it works, and insight from real teens on how and why they use Snapchat.
Miranda Altice

Snapchat is a great example of the evolution of social media, and it gives teens practically everything they’re looking for in an app: a way to creatively share chosen moments with friends while simultaneously making themselves look awesome.

Just like every other social media app, video game, and mainstream teenage interest, Snapchat has gotten some bad press. But this article isn’t providing you with recycled warnings and statistics. In fact, it’s doing just the opposite.

More: A Parent's Guide To VSCO

This is a helpful guide for parents wanting to learn more about Snapchat’s philosophy, features, and uses so you’re able to have more understanding of your teen’s social media world. Social media gurus, teen experts, and teenagers share their thoughts and suggestions about the app that’s becoming more popular than even Instagram.

What came about from a trio of Stanford classmates nearly a decade ago changed the concept of social media forever. College friends Evan Spiegel, Reggie Brown, and Bobby Murphy had no idea that their social media app would become the multi-billion dollar success that it is today.

What they wanted to create was a social media app that rebelled against the traditional social media rules of storing and documenting every image posted. They wanted their app to represent life for what it really is: moments that are fleeting and temporary. This means that once a post has been viewed, it’s considered gone forever.

Social media and digital marketing guru, Gary Vaynerchuk said, “The way Snapchat works is much closer to how we communicate face to face than any other social media network. What I mean by this is that when we talk to each other, passing in the halls or just living out our lives, those moments disappear. Snapchat emulates that behavior and psychology.”

Snapchat is one of three products owned by Snap, Inc (formerly Snapchat, Inc), an American tech and camera company founded by Spiegel and Murphy. Their mission for Snap, Inc is to, “contribute to human progress by empowering people to express themselves, live in the moment, learn about their world, and have fun.”

If this mission combined with their ingeniously engaging features don’t spell “teenager,” then I'm not sure what does.

How Does Snapchat Work?

As with most other social media apps, all you need is your name, email address, birth date, and a clever handle to create an account and start searching for friends that you know. Then, “When you first open Snapchat, it opens to your camera,” says Spiegel. Whereas other social media apps rely on text to start and continue communication, Snapchat uses photos, or “Snaps”.

Let’s say you want to Snapchat with your 15-year-old daughter Stella. You’ll tap the big circle on the camera to take a photo and from there you can utilize the tons of editing tools, filters, etc for your image. Next, you’ll swipe right for your friend’s list and click on Stella’s image to send her your Snap. If you also want to send it to your son and nephew, you’ll follow the same steps, and voila, you’ve sent three separate Snaps!

The more you use it, the more you’ll find that most teenagers use Snapchat to be silly and to stay in contact with their friends. Savannah, 16, who has been using Snapchat for the past four years, says, “I feel as though Snapchat has a bad reputation when you hear people say ‘just sending photos back and forth.’ You can do that on almost any social media as well as text. I feel as though Snapchat shouldn’t get the bad rep, because it has so much more to offer.”

The features are by far the most popular aspect of Snapchat. Ginn Stokes, a 19-year-old university student has been using Snapchat since 2014. He says, “I think the coolest Snapchat features are filters and video chat. Filters allow you to alter your appearance by using the camera to change facial features for fun. Video chat allows you to live video chat with your Snapchat friends, similar to Skype and FaceTime.”

Some other Snapchat lingo you’ll hear are:

Snap: a picture or video you send through the app. Videos can be up to 10 seconds, Snaps are deleted once they’ve been viewed. Stories allow Snaps to stay up for 24 hours, and unopened Snaps are deleted after 30 days. Before you send a Snap, you’ll choose how long you want your friend to view it (between 1-10 seconds).

Stories: This is a gallery showcase of photos and videos that all of your Snapchat friends can see. They can also be put together with groups called a Group Story, allowing certain people to contribute Snaps into a Custom Story. There is now a Private Story feature as well where only people you choose can see it.

Snapstreak: Also called Streaks, this is when you and a friend Snap each other back and forth (you’re on a “Snapstreak”). But if you don’t Snap them back within 24 hours for three consecutive days, then you lose your Streak. If you’re on a Snapstreak, then you’ll see a flame emoji next to their name with a number that shows how many days you’ve been streaking. Chats (like texting) don’t count towards a Snapstreak.

Snapchat Score: This is basically a running tally of Snaps sent and received, friends added, stories you send, and any other activity on the app.

Filter: Filters are overlays and special effects for your images. There are tons to choose from and are added after you take the picture. Geofilters are uniquely designed to fit your location. These have become increasingly popular with businesses to help build awareness as well as special events like concerts.

Snapchat Lens: These give you the option to add animations and other special effects to your photos and videos before you take the Snap.

Snapcode: Snapcodes are QR codes that you scan as another way to access features or add friends. You get a personalized Snapcode when you create an account. You can create additional Snapcodes that link to personal websites or blogs.

Memories: Instead of making everything temporary, this feature allows you to create an archive of your Snapchat posts. This is somewhat similar to Flashback Memories, which are anniversaries for your Snap Memories.

Snap Map: This is a neat feature that shows your location in the world as well as the locations of all of your Snapchat friends, that way you have some visibility into what’s happening at that moment around the world. Ghost Mode allows you to disable sharing your location.

Friends Page: When you’re on the camera screen, you can swipe to the right and find your list of friends.

Discover Page: When you’re on the camera screen, you can swipe to the left to find a display of Stories from publishers and other subscriptions that are shown based on your interests and algorithms.

Bitmoji: Bitmoji is another product owned by Snap, Inc. It’s a cartoon icon that is your own personal emoji. With this feature, you can create an expressive cartoon avatar showing all types of moods and stickers that represent you.

Other features you’ll see are games, quizzes, friend charms, Snapchat emojis and trophies, and plenty of photo & editing tools. You can always find out what’s new on their support page.

For media-interested Snapchat users, the news feature is quite popular. “Snapchat uses a new page feature that includes popular news media such as Good Morning America, Vice News, CNN, etc.,” says Stokes. “If parents are worried about the things their kids might come across, they can always customize the account’s media display in the app settings.”

Savannah adds, “It might be confusing at first, but you [parents] will get the hang of it. And most of the options such as Snap Map and who sees your stuff can be easily controlled.”

“Overall, once it’s customized,” says Stokes, “Snapchat can actually be a positive influence. The ability to socialize and customize your media can help make for a positive and educational entertainment source. For example, I’ve customized my media page to only include music culture news, science pages, Sci-Fi, and politics/social justice outlets. All of these things that I view on Snapchat align with me and help me stay updated on the things I find interesting and reassuring.”

Snapchat as a Way for Teens to Connect

One of the many things that teens can agree on is that there is a big disconnect with how parents tend to view their Snapchat use as part of their modern-day relationships. Izzy, 17, has been using Snapchat for nearly five years because she says it’s a really fun way to communicate with her friends. But, “A lot of parents don’t seem to understand that this is how we talk to our friends,” she says.

“Talk to your teen and have them show you Snapchat and all of the lingo,” Izzy suggests. “I bet they will think you’re a lot cooler if you do that rather than taking their phone away or saying they’re phone addicted.”

Blaire Lent, FamilyEducation’s Teen Expert and Owner of The Complete Student, agrees. “They’re not addicted to their phones as much as they’re addicted to their friends, which is not a new phenomenon. Back in the 80’s I would have risked any level of punishment to spend just a few more minutes with my friends in the yard because of my friends addiction… not my yard addiction.”

She continues her words of wisdom by saying,
“Try to engage in a meaningful (well to them anyway) conversation about Snapchat. Don’t barrage them with warnings about how their future careers will be ruined by pictures they post. Instead, say things like, ‘What is your Snap score?’ ‘Do you have any friends who have higher scores?’ and most importantly, ‘Who do you have the longest streaks with?’

Why ask this question? Because it actually matters to them: when you take their phone away, they get upset because they are going to lose all of their streaks, which will make their friends ‘legitimately’ mad at them. This is why they are willing to brave any consequences to get their phone back.”

Lent advises all parents to really listen when they tell you about their world and to not make it obvious that you might think it’s stupid.

“The best way to think about Snapchat as a positive thing,” she says, “is to recognize it as a portal to your child’s friend group. Stay non-judgmental and they will show you all the different sides of their friends. But be careful, no one actually wants to know everything about teenagers! At the end of the day, when they put their friends first and think their friends are the most important thing in their life, it is age-appropriate. Rejoice in just how ‘normal’ your kid actually is.”

So, why not? Give it a try and see how it goes. If not, then you’ll still at least have a better understanding of your teen’s fascination with Snapchat.

The apps and social media sites our kids use are always changing. Here is a Complete Guide to Potentially Dangerous Apps All Parents Should Be Aware Of.