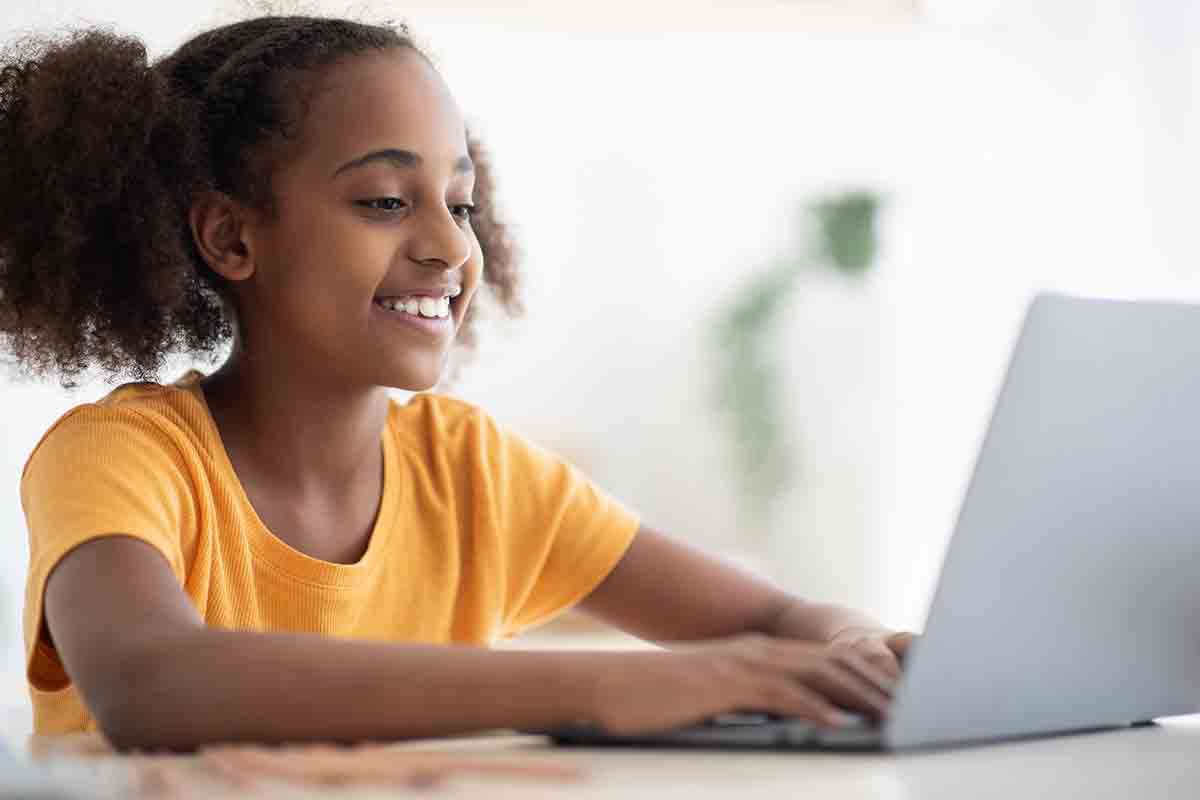 Based on our perusal of subscriber count and content quality, creativity, and diversity, here are some of the best educational YouTube channels for 2022's kids. Some of these selections spotlight evergreen channels curating high-quality content that can be reused again and again, including in the classroom. Other picks made the list for their high viewerships and regular updates of fresh, engaging learning videos. We've included recommended viewing ages wherever possible, marking which channels are the most little-kid friendly and which are most likely to excite older kids.

Bright Side doesn't list a target audience age range, instead adopting a mission of "inspiration, creativity, [and] wonder." Perhaps its best descriptor is interesting, as in, there is always something randomly interesting to watch here. Interspersed with riddles and brain teasers are various science and psychology factoids. If you've ever wondered what could happen if a baseball smacked into the International Space Station at light speed, or how to survive in a black hole, Bright Side is your kind of place. Best for older kids and teens.

Kids Learning Tube is a treasure trove of educational videos, each of which focuses on a single topic. From Earth Day to vegetables to anxiety, Kids Learning Tube combines original sing-along educational songs with animation for a fun learning environment. Playlist categories include "Earth Science," "Famous Inventors," "Motivational Songs for Kids," and much more.

Does time exist? Why do cities need trees? Why isn't the world covered in poop? TED-Ed, home of the signature TED talks, answers these and many more burning childhood questions in beautifully animated videos. Search the playlists for subjects such as "Love" or "Superhero Science," and look for TED-Ed's multi-episode series, including There's a Poem for That and Think Like a Coder.

While most preteens will love this channel, many of the videos are appropriate for younger kids, as well.

It might seem strange to shout out Netflix, but they provide some of the most popular children's educational shows being made today in their programming package: StoryBots, Octonauts, and Ada Twist, Scientist, for starters. On Netflix Jr., you can join the StoryBots as they explain how a cold virus spreads, or follow Dottie Culpepper as she shows students how to become a ranger. There's even a seven-minute workout video that will keep the kids entertained while Mom exercises.

Netflix Jr. is a great channel for kids from Pre-K to second grade, but some of these videos might also appeal to third- and fourth-graders.

In SciShow Kids, host Jessi and her rat robot companion, Squeaks, show kids how to discover the answers to their most urgent questions. "Why Do Planes Leave White Streaks in the Sky?" and "How Do Temporary Tattoos Work?" are among the sample offerings. SciShow Kids is best for children in kindergarten through fourth grade.

BrainPOP's animated video curriculum is meant to engage curious kids on a slew of subjects, from engineering to Emily Dickinson while supporting educators and boosting achievement. For kids in K-3, there's BrainPOP Jr., and for kids in grades 4 and up, BrainPOP and BrainPOP Espanol.

Rob, a dad of four, uploads new art lessons for elementary school-aged kids to the Art for Kids Hub YouTube Channel every week. If you want even more art ideas, there's an app for that. Off YouTube, the Art for Kids Hub family sells how-to ebooks and makes supply recommendations via their own website.

The official spot for National Geographic's flagship children's magazine, the Nat Geo Kids YouTube channel is great for kids of all ages. Subchannels include Things You Wanna Know, Party Animals (animal bloopers), and contenders for the Best Job Ever. Keep it going with the Explorer Academy series of very short (typically under five minutes) learning videos examining everything from underwater aliens to cave drawings.

The online counterpart to the popular Khan Academy app, Khan Academy Kids is designed for toddlers through early elementary school. while some of the main channel videos are meant for parents or teachers, Khan Academy's Circle Time playlist features stories and activities on Mondays.

Created by Ryan Kaji and family, Ryan's World is a child-led kids education and entertainment channel with roots in toy reviews that, according to its parent company, Sunlight Entertainment, has grown into an eight-channel media empire with more than two dozen staff animators, videographers, and other digital media professionals. There's a little sifting to be done to find the most educational videos because the channel still includes a lot of toy-themed content, but the core Ryan's World YouTube channel does incorporate science experiments, simple chemistry, animal world facts, and interviews with scientists. Learn about space travel as Ryan explores the Mars Rover and the Milky Way; then try earthly travel as Ryan attempts horseback riding, skiing, and snorkeling.

The online learning portion of the content is fun and informative, but the interview language is not always little kid-friendly, so older kids (third to sixth grade) will probably find the educational video interviews on Ryan's World more enjoyable.

Catch clips and even full episodes from some of public broadcasting's most popular and diverse educational children's programming: Arthur, Molly of Denali, Alma's Way, Daniel Tiger's Neighborhood, and much more. Join story read-alongs from popular character actors and find special features such as Black History Month videos on the subchannels. Most of the web offerings are best for kids 5-10.

The "pop" in Homeschool Pop refers to its homeschool dad creator, according to their bio page. Stop here for Spanish learning videos, animal facts, history snippets, and math pointers. Most of their educational videos are under 10 minutes, but some are over an hour. While some of the science and bilingual content may appeal to older kids, this channel is best suited for kindergarten through second grade.

Funded by the Socratica Foundation, the Socratica Kids channel is best for preschoolers through second grade. It's all up to the puppets--muppets?--here as the on-screen hosts presenting everything from counting and phonics to science and stories. The channel has been sitting without new videos for a while, but it's great evergreen educational material.

Aimed at toddlers up through fifth grade, Rock 'N Learn's best online learning video offerings are its beginner second language videos. There are primers for French, Spanish, and conversational Korean. Younger kids benefit from English phonics along with sight word and digraph practice. Older kids can try multiplication rap or study fractions in addition to practicing a new language.

A science channel with a special emphasis on fifth-grade studies, Crash Course Kids has been static for a couple of years but boasts a plethora of evergreen kid-friendly content. Online learners can study gravity, food chains, Newtonian fluids, and more. Best for 9- to 12-year-olds.

For the kinetic learners in your household, Jack Hartmann's channel is a refreshing treat. It's all about connecting music and factual concepts with movement. Of course, you'd expect to find dance and exercise videos here, and you'd be right. Keep going with educational songs featuring counting challenges, alphabet letters, and sight word memorizations. Find calendar tips and holiday music too. Best for kindergarten through second.

Stop in at The Kennedy Center's YouTube page for Lunch Doodles and story readings by beloved children's author Mo Willems. Use the #MoLunchDoodles hashtag to search for the full list. For older kids and teens, stick around for high-quality music and performing arts videos.

Designed for elementary teachers, Mystery Doug produces brief videos (under 10 minutes) answering children's tech and science questions, such as "Could you make a real lightsaber?" and "Can my pet understand what I'm saying?" Cofounded by science teacher Doug Peltz, Mystery Doug's parent company was picked up by Discovery Education in Fall 2020.

Compared to some others on this list, Highlights Kids has been flying a little under the radar and isn't updated as frequently. Like its classic parent magazine, the Highlights Kids channel is for children 6-12 and it includes jokes, activities, and recipes. "Hidden Pictures" puzzles, a longtime feature of the magazine, are here, too. Find poems, songs, stories, or letters from other kids; make a mask, and binge the Ever Wonder? subchannel to see how cheese is made.

How do you talk to people about climate change? Can hydroxychloroquine cure Covid-19? Could you generate electricity with a bicycle? ASAP Science answers these and many, many more in a hilarious fashion. With content that covers drugs, dieting, sustainability, the Covid pandemic, and even sex ed, there's engaging information here for tweens and teens as well as younger kids. The Toronto-based channel by Mitchell Moffitt and Gregory Brown runs under the tagline, "Making science make sense."

Shut It Off ASAP, which bills itself as "a new show about using science for self-reliance," premiers October 26.

Need a quick overview of Newton’s laws of motion? How about a primer on adjectives, some simple multiplication, or a rundown on the Declaration of Independence? Learn Bright has you covered with short, straightforward videos ranging from history and geography to basic English and math. Best for kids in grades 1-4.

With so many great options for curious kids available, your family is sure to find a new favorite YouTube channel to binge-watch in 2022. Which one will you try next?