You are 25 Weeks and 4 Days Pregnant 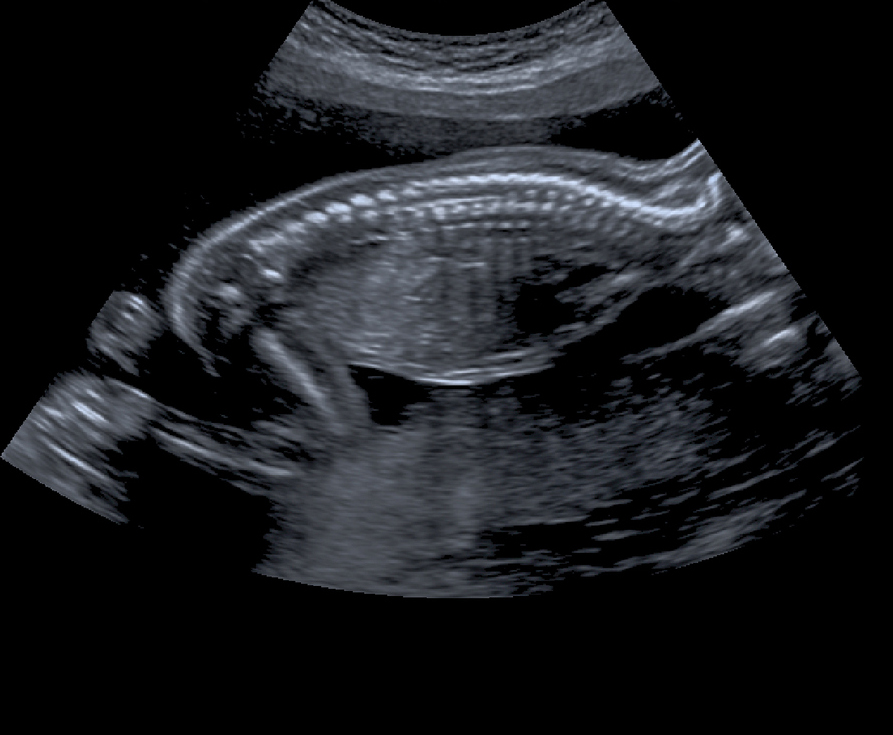 This image shows the backbone of the baby. The back of the spine and ribs are clear.

All the nerve cells are now on the surface of your baby's brain; what they need to do next is make connections with each other.

Your baby's brain is so complex that it needs the entire length of your pregnancy not only to grow, but also to mature. It is continually forming new connections and sensory pathways.

The nerves that make up the brain's gray matter started in the center of the brain on the outer surface of the lateral ventricles (there is one ventricle in each hemisphere of the brain). The lateral ventricles contain the part of the brain known as the choroid plexus, a loose, seaweedlike structure that produces the fluid that bathes your baby's brain and spinal cord. Constantly circulating around the brain, this fluid protects and buffers the brain from the harder structure of the bones of the surrounding skull.

The gradual, wavelike, outward movement of nerve cells in the gray matter, which started more than 12 weeks ago, is now complete. Coming to rest close to the brain's surface, these cells need to mature, branching out to make multiple connections, or "synapses," with other nerve cells.

The surface of your baby's brain is very smooth at this stage but as the cortex matures, beginning to form six clear layers, it takes on its familiar wrinkled appearance.

Focus On... Your belly

Your belly: to show or not to show?

Whether you want to clothe your belly in figure-hugging fabrics and proudly show it off, or choose looser styles that may fit you longer and obscure just how pregnant you are, is a personal choice. 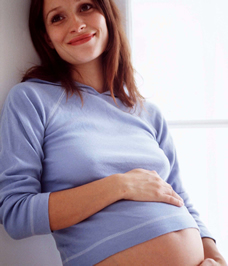 I'm getting quite big-should I adapt my swimming style?

You may find that in these final couple of months, you need to change your swimming style to one that is more comfortable; many women opt for breaststroke, which can also help to get the baby in to an optimum position (see Repositioning your baby).

If you don't feel up to swimming laps, just relax in the pool instead. Being in the water will relieve pressure on your abdomen and help to ease lower back pain.