You are 22 Weeks and 4 Days Pregnant 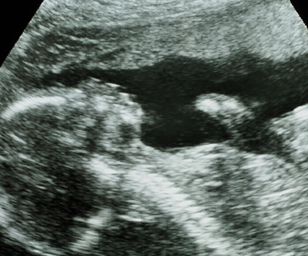 Seeing your baby on a 3D or 4D scan gives you a better view, but most of the information that enables doctors to plan your care comes from looking inside your baby using 2D ultrasound, which provides the clearest images of internal structures.

Now that he can hear, your amazing baby is starting to develop the ability to remember things, too.

As your baby's nervous system develops, and especially once his sense of hearing evolves, he has the opportunity to learn and remember from experience. How this process develops is not fully understood, but experts believe that the first signs of learning coincide with the unborn baby's ability to hear, at around this mid-stage of pregnancy.

In later months, more sound will reach your baby as the walls of the uterus become thinner. Although babies have been seen to be startled by a noise at this stage, they seem to learn not to react to the sound if it is repeated again and again, gradually adapting to it as it's repeated over time, and eventually ignoring it.

This simple test demonstrates that a fetus can adapt to a repeated stimulus. If, however, the sound pattern is not repeated for some time, your baby will have forgotten it and become startled by it if it occurs again.

Retaining a memory for events is a much more complex function and relies on pathways in the gray matter of the brain. It will be weeks before learning and memory are linked in the last stages of your pregnancy.

Your baby is likely to be increasingly more active and predictable in his movements.

At around this time you're likely to start feeling regular, more definite movements, and become accustomed to your baby's activities.

Up close and personal

State-of-the-art technology means it's possible to see what your baby will look like before you give birth. Some ultrasound scans enable parents to see their unborn baby close up either in 3D, as a still image, or 4D as a moving picture.

Clear scans of the facial features can be seen from around this week. However, the optimum time to have one of these scans is between 26 and 34 weeks, when your baby still has room to move around easily. You will be able to see an amazing level of detail that won't be visible on a standard prenatal scan. Remember to inform the sonographer if you don't want to discover the sex of your baby.

The US FDA cautions against keepsake ultrasound images, since the ultrasonography may be done by someone not well-trained, using higher levels of energy for a longer time which could be harmful.

Be aware that it's expensive to have these scans and if your baby is in the wrong position, you may not get a great result. The position of the placenta, amount of amniotic fluid, and your size can also affect the quality of the picture.