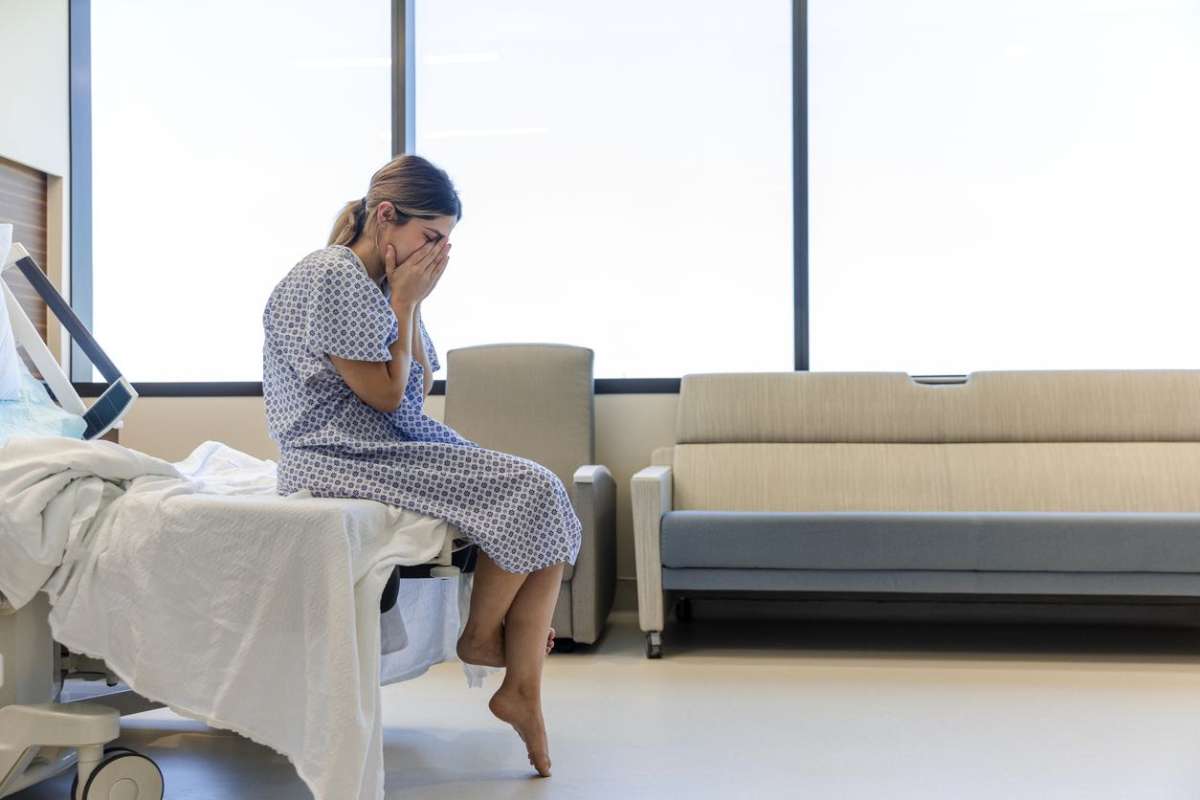 9 Celebrities Who Have Spoken up about Their Pregnancy Loss

These female celebrities who have bravely spoken up about pregnancy loss are an inspiration to all women worldwide.
Katharine Chan, MSc, BSc, PMP

Although it’s 2022, talking about miscarriages, stillbirths, and other types of pregnancy loss is sadly still often viewed as taboo. Sometimes, women are afraid to talk about it because they don’t want to make others feel uncomfortable. Other women may be embarrassed because they think something is wrong with them and feel they are at fault for their loss.

However, the silence only creates stigma and makes women feel ashamed of their heartbreak. Family Education is working to improve women’s health and destigmatize pregnancy loss! We hope that talking about celebrities who have spoken up can help inspire more people to talk about fertility struggles and encourage them to seek help and support for their physical, emotional and mental health.

Here are 9 celebrities who have spoken up about their pregnancy loss. We hope their stories will inspire you.

In October 2020, Chrissy Teigen posted publicly in an Instagram post about her and her singer-songwriter husband's news. The model and influencer wrote, “We are shocked and in the kind of deep pain you only hear about, the kind of pain we’ve never felt before.”

She shared that they usually don’t pick a name until after they are born but had started to call their son Jack.

“So he will always be Jack to us. Jack worked so hard to be a part of our little family, and he will be, forever. To our Jack — I’m so sorry that the first few moments of your life were met with so many complications, that we couldn’t give you the home you needed to survive. We will always love you.”

In addition to their two children, Luna and Miles, Chrissy announced her third pregnancy in early August.

Before having their first child, Blue Ivy, the superstar artist and her husband, rapper Jay-Z experienced a miscarriage. She personally shared her story in her 2013 HBO documentary, Life is but a Dream:

“About two years ago, I was pregnant for the first time. And I heard the heartbeat, which was the most beautiful music I ever heard in my life.” However, at one of her prenatal check-ups, she was told there was no heartbeat.

She explained how she dealt with her heartbreak. “I went into the studio and wrote the saddest song I’ve ever written in my life. … And it was the best form of therapy for me because it was the saddest thing I’ve ever been through.”

In November 2020, the singer-songwriter Christina Perri tweeted about her tragic stillbirth experience. The tweet included a very candid photo of her and her husband, Paul Costabile holding their baby’s hand. She wrote:

“Last night we lost our baby girl. She was born silent after fighting so hard to make it to our world. She is at peace now and will live forever in our hearts.”

On an episode of Dancing With the Stars that aired in November 2019, James Van Der Beek revealed devasting news about their recent miscarriage. In an emotional announcement, the actor and father shared:

“My wife Kimberly and I went through every expectant parent’s worst nightmare. We lost the baby. All you know is that it brings you closer together. It breaks you open. It opens up your heart. It deepens your appreciation.”

The Duchess of Sussex published an op-ed article in The New York Times that shared her and Prince Harry’s pregnancy loss shortly after giving birth to their first child, a baby boy named Archie. She wrote:

“After changing his diaper, I felt a sharp cramp. I dropped to the floor with him in my arms, humming a lullaby to keep us both calm, the cheerful tune a stark contrast to my sense that something was not right. I knew, as I clutched my firstborn child, that I was losing my second.”

Lily Allen has suffered multiple miscarriages and has publicly shared her experiences. Her first miscarriage occurred in January 2008 and she talked about it in an interview with The Telegraph.

“I just didn’t deal with it at all. I didn’t even start beginning to deal with it until the baby’s due date. Then it just hit me like a house collapsing. The week before the due date, all I wanted to do was talk about my baby, but I also felt I shouldn’t.”

Six months into her second pregnancy, the singer experienced a second miscarriage which she shared in her documentary, Lily Allen: Rags to Riches.

“It was a really long battle, and I think that kind of thing changes a person.”

In November 2018, Michelle Obama released her memoir titled Becoming. In her book, the former first lady wrote that she and Barack struggled to conceive and experienced a miscarriage in her first pregnancy. She wrote:

“We were trying to get pregnant and it wasn’t going well. We had one pregnancy test come back positive, which caused us both to forget every worry and swoon with joy, but a couple of weeks later I had a miscarriage, which left me physically uncomfortable and cratered any optimism we felt.”

She also shared that they needed IVF treatments to give birth to their children, Sasha and Malia.

Actress and Goop Founder spoke exclusively with UK’s Daily Mail in March 2013 about her devastating experience. She explained that the loss almost ended her life.

“My children ask me to have a baby all the time. But I had a really bad experience when I was pregnant with my third. It didn’t work out, and I nearly died. So I am like, ‘Are we good here or should we go back and try again?’”

In September 2018, Carrie Underwood spoke about the multiple miscarriages that she experienced over a span of two years during a segment on CBS Sunday Morning. She shared:

“I’d kind of planned that 2017 was, you know, going to be the year that I work on new music, and I have a baby. We got pregnant in early 2017, and it didn’t work out. And that was the thing, in the beginning, it was like, ‘Okay, God, we know this is, just wasn’t Your timing. And that is all right. We will bounce back and figure our way through it.’

“And throughout the whole process, you know, I’m writing and, like, literally right after finding out that I would lose a baby, I’d have a writing session, I’d be like, ‘Let’s go. You know, I can’t just sit around thinking about this. Like, I wanna work, I wanna do this.”