Two-and-a-half-year-olds really want to have control over something -- and what they eat is the number one control issue.
Q

I am having such a hard time getting my two-and-a-half-year-old to eat. Some days, no matter what I make, he won't eat. I am torn between telling him he can eat what I make for dinner or not eat at all, or making him something special (usually peanut butter and jelly).

He plays this maddening game where he'll ask for something; then, when I give it to him, he doesn't want it. I know this is a control issue but what should I do?

Should I just let him skip dinner and go to bed with nothing to eat if he won't eat what I make (I don't want to be his short-order cook), or should I pick him some type of "snack" before bedtime and try to get something nutritious in him? I'm having trouble finding information about these games two-year-olds play. 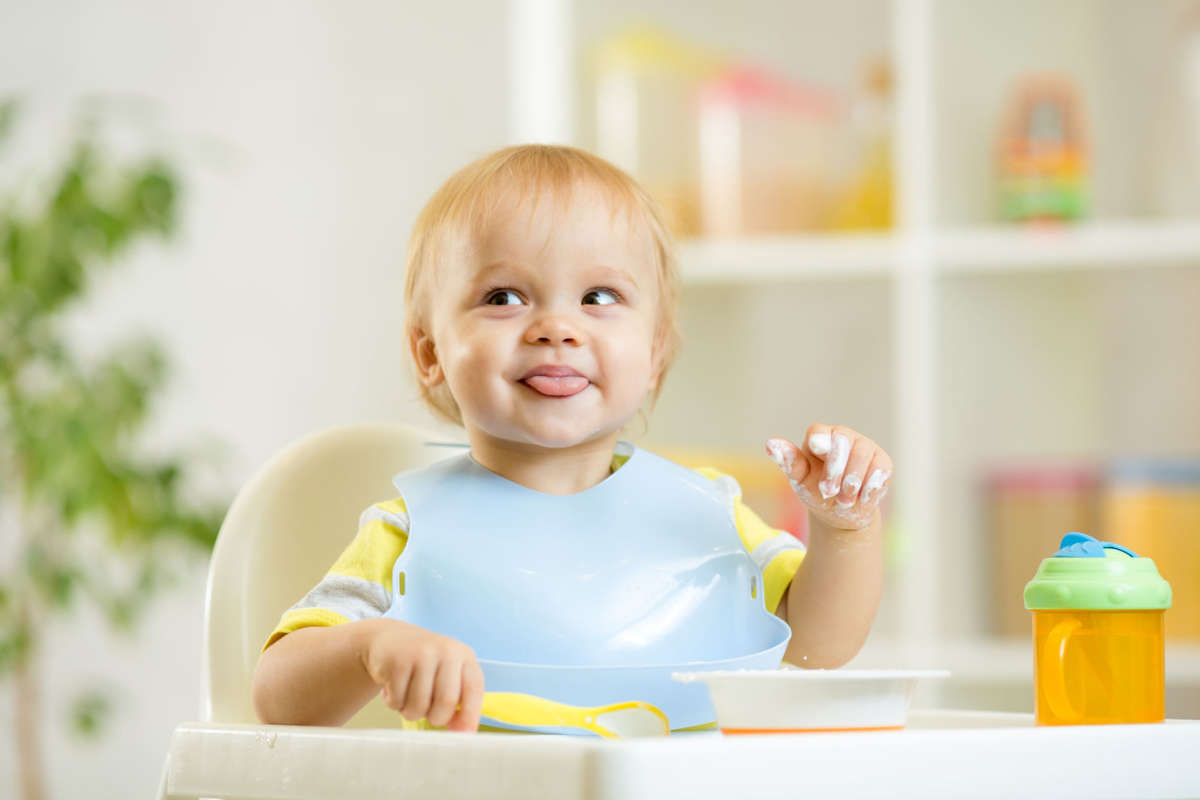 You're absolutely right! Two-and-a-half-year-olds really want to have control over something, and what they eat is the number one control issue.

Assuming that your child is healthy, and has been growing well up to this point, you have to learn to trust that his body will tell him when he needs to eat, and that he won't starve.

You should offer nutritious meals and snacks (generally three meals and two snacks per day are standard at this age), but don't feel that you have to make up for the skipped meal with extra food later. If he isn't interested in what is you're offering, don't get into an argument, don't try and cajole him or force him to eat. Just end the meal at the appropriate point and take the food away.

Don't offer him something else an hour later or give him an extra bedtime snack just because he missed the previous meal. If you do, that just tells him that he can continue to refuse to eat and eat whenever he wants.

That said, you do want to give him some control in this whole situation. Can you imagine how unhappy you would be if someone else cooked all of your meals but you never had any say in what was being prepared?

You can give him a choice. For instance, ask him, "Do you want peanut butter and jelly or bologna for lunch?" If you make bologna and then he says he does not want to eat it, he'll just have to wait until the next meal to eat something.

Also, don't make only foods that you know he hates. If two of the components of the meal that you're making are things you know he doesn't like, try and make the third thing (one of the side dishes) something you know that he'll like and eat. You can give him a larger portion of that side dish and smaller portions of the things he doesn't like, then encourage him to eat in that way.

At this age it's important to offer a variety of foods and to try new foods periodically. Kids are very picky at this age. They'll have spurts of interest in one particular food, and then suddenly and randomly have no interest in that food anymore. Then, they'll adopt a new "favorite food."

As children get older (meaning in the five-and-above range) you can come to some reasonable agreement about meals and food choices. My own personal rule is that the children have to at least try the food you put on their plates. If they don't like it, though, they always have the option to have a yogurt or bagel instead (basically things that don't require preparation but are still healthy).