My Teen's Telling Racist Jokes - What Should I Do?

Here, a parenting expert and a family therapist provide support and advice for addressing the topic of racist jokes and racist language with your teen. 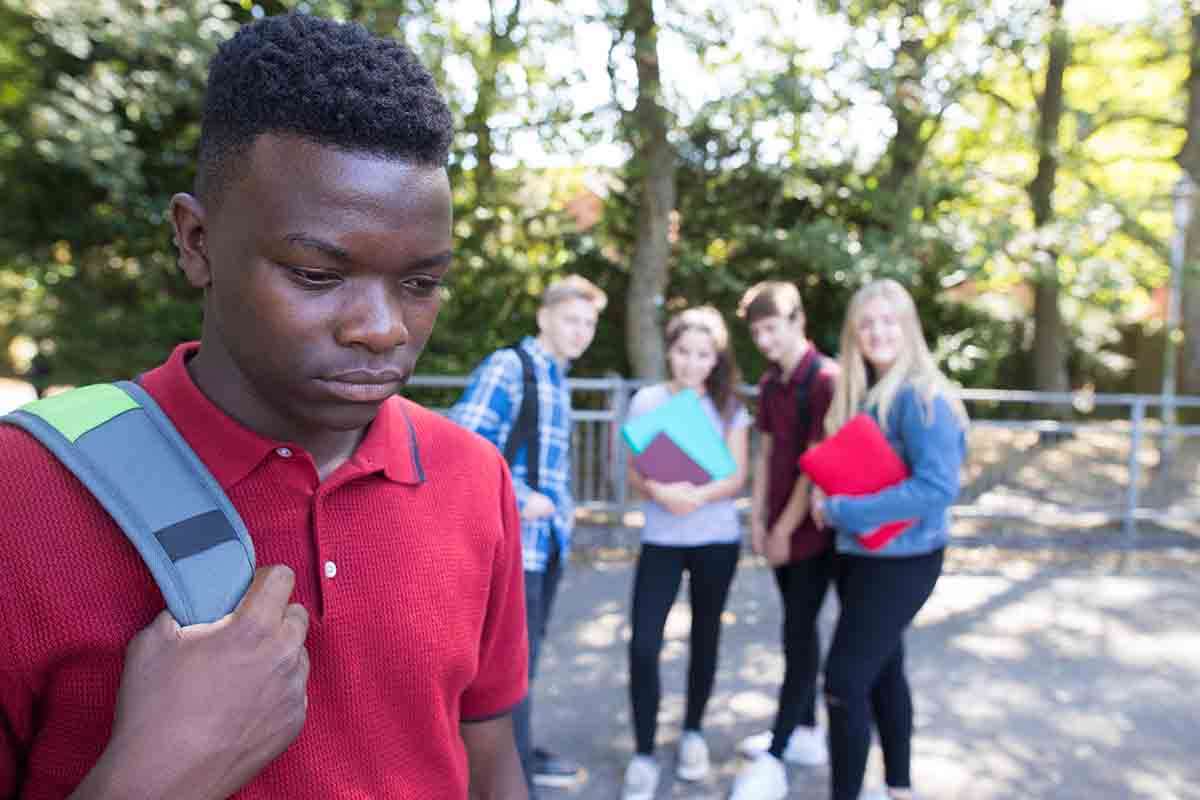 My teen is telling racist jokes, what should I do?

It’s a nightmare scenario for many parents; their tween or teen has come home from school and repeated racist jokes they heard from one of their friends. Your initial reaction might be to yell, scold, or punish. But contrary to helping, simply scolding your child and telling them it was inappropriate will A: teach them nothing and B: damage their self-esteem.

More: How to Raise a Tolerant, Prejudice-free Kid

Many kids today live in what we would define as a color-blind world. As I sit and write this article, my two children (white elementary school students from Maryland) are outside playing with an entire gaggle of local kids consisting of Asian American, Muslim, African American, Hispanic, and other Caucasian kids.

It reminds me of a line from one of my favorite musicals, “Ragtime” by Stephen Flaherty and Lynn Ahrens, based on the book of the same name by E. L. Doctorow.

One afternoon, watching his children play, Tateh had an idea for a movie. A bunch of children white, black, Christian, Jewish, rich, poor, all kinds. A gang, a crazy gang, getting into trouble, getting out of trouble but together, despite their differences. He was sure it would make a wonderful movie. A dream of what this country could be.

The truth is, it is quite possible your child doesn’t even understand what they just said is hurtful and inappropriate, so before you scold, take a step back and prepare for a conversation.

It would be lovely if it were as simple as the “Ragtime” quote above. But, America has seen a strict and relatively decisive divide in recent years down the democratic and republican lines. Racism certainly is not dependent on a person’s political party. It has long been an issue. But this recent crack in our nation’s unity seems to have also created an uptick in racism, racial hate crimes, bigotry, and awareness of microaggressions, specifically against people of color.

According to The Department of Justice, the U.S. saw an uptick in hate crimes based on race/ethnicity, gender, and gender identity between 2019 and 2020. According to the DOJ’s data, race and ethnicity were the number one motivator for hate crimes in the United States for the past two years.

Most Americans believe in fairness and equality for all and shun racism and other forms of discrimination but never actually discuss these issues with their children. The general thought process is, “I am not racist; I don’t say racist or discriminatory remarks; therefore, my child won’t either.” But children don’t need us to teach them slurs and other inappropriate comments. They have access to social media, video games, and of course, their social groups.

My seven-year-old came home the other day and said, “Mom, we were discussing bad words we shouldn’t say. We didn’t actually say the words, but we said like, the B-word or the N-word.” My ears perked up, and I asked him if he knew what those words meant. He said yes for the B-word but no for the N-word. I asked him how he even knew there was an N-word? His response was, “One of my friends knows it.”

That prompted a brief; he’s seven with ADHD, conversation about how the N-word is a mean word that people sometimes use for black people or African American people, and it is not a nice or OK word to use.

What Can Parents Do? 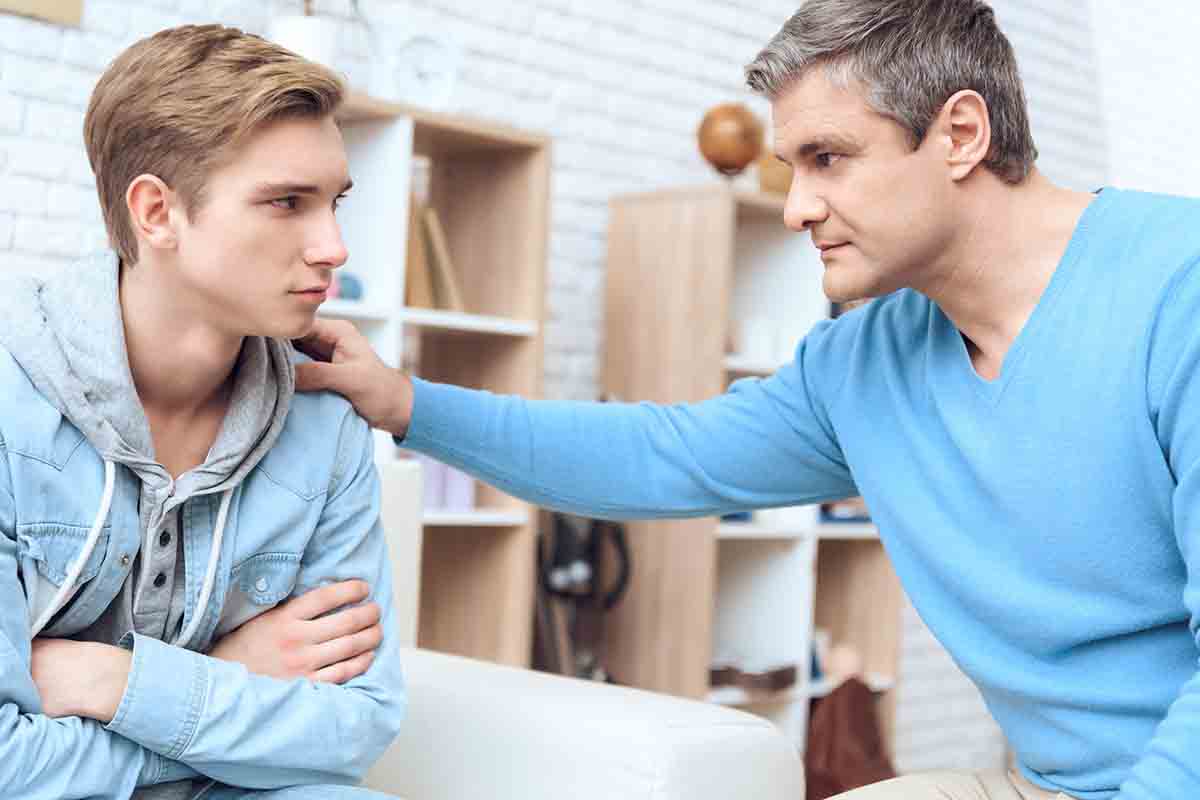 So what do you do when your teen comes home and you overhear a racial slur or joke?

The first step is to assess if they even understand what they are saying. If this is the first time you’ve ever heard such a remark, ask them if they even know what the words they just said mean? If so, it’s time for a serious discussion about racism and respect.

Racist comments are not harmless, even if only said among friends or at home. Even though your child may have no considerable prejudice or hatred toward African-Americans or any other racial or ethnic group with every derogatory racist joke they tell, their respect for these groups diminishes.

It is not an excuse however, adolescents are greatly influenced by their peers. And if your middle schooler or high schooler is making these remarks, they likely heard similar derogatory remarks about other racial minorities, homosexuals, and women. Unfortunately, the roots of prejudice are fear and ignorance, so the more young people are exposed to different cultures, races, religions, ethnicities, etc., the less likely they will be to engage in these behaviors.

Standing up to your peers is difficult at any age, but it becomes increasingly difficult as children approach the middle school and high school years. Fear of being ridiculed, bullied, or teased themselves can prevent children from doing what they know is right.

Keep the lines of communication open between you and your child, and make sure they know they can always come to you to discuss anything at any time.

Have frank and open discussions with your teen and ask them how they think they would feel if they heard others making racist/ethnic/religious derogatory jokes about their own family's background or religious beliefs. How would they respond? Would they be silent? Would they laugh? Get a discussion going that doesn't focus on making them feel like a bad kid for having told you these jokes. Instead, focus on getting them to empathize with the targets of their jokes and putting themselves in their shoes.

Tell them that you know they are a good, kind kid and that you expect more from them in the future. If your child persists in telling these jokes to you or other family members, consider whether part of the "pay off" of telling these jokes is. Is it getting you frustrated and angry? Are they seeking attention, even if it is negative?

The most crucial thing you can do as a parent is to teach and educate your child and be a role model for the type of behavior you’d like them to display towards others.

Carleton Kendrick has been in private practice as a family therapist and has worked as a consultant for more than 20 years. He has conducted parenting seminars on topics ranging from how to discipline toddlers to how to stay connected with teenagers. Kendrick has appeared as an expert on national broadcast media such as CBS, Fox Television Network, Cable News Network, CNBC, PBS, and National Public Radio. In addition, he's been quoted in the New York Times, Washington Post, Chicago Tribune, Boston Globe, USA Today, Reader's Digest, BusinessWeek, Good Housekeeping, Woman's Day, and many other publications.