Why Don't Dads Take Paternity Leave? (And Why More Men Should!)

Current data on paternity leave shows that despite the enactment of federal and state laws allowing men to take unpaid parental leave, few actually do.

"The fact is, most men do take time off around the birth of a child," says James Levine, director of The Fatherhood Project at the Families and Work Institute in New York. "What they're taking is an average of five days, but they're not utilizing the policy. They're negotiating directly with their boss."

Levine says most new fathers patch together a week of sick days and vacation days, but cultural and economic pressures combine to discourage them from taking an extended leave.

"We're so indoctrinated that work is our life -- we really struggle with that," says Randell Turner, Ph.D., vice president of the National Fatherhood Initiative, a non-profit group dedicated to promoting the importance of fathers.

"It is rare for us to find a father who is brave enough to take paternity leave. They really feel that there might be repercussions after they come back to work."

Although a study conducted in 2000 (Oxygen/Markle Pulse Poll) found that 72 percent of American women and 63 percent of men believe fathers should take more than two weeks off after the birth or adoption of a child, few companies offer paid paternity leave. Current data from the Bureau of Labor Statistics shows only 11 percent of workers have paid family leave benefits.

The Family and Medical Leave Act (FMLA) allows parents and other caretakers to take up to 12 weeks of unpaid, job-protected leave if they work at a company with 50 or more employees. A large number of workers aren't covered under this act, since only about half of U.S. workers are employed by a company of 50 or more people. According to the National Partnership for Women & Families, only 22 percent of employees who are eligible for leave under the FMLA take it, mainly because most can't afford the loss of income.

In certain conditions, employees or employers may choose to substitute accrued paid leave (such as sick or vacation leave) to cover some or all of the FMLA leave. However, an employee is not guaranteed this-- paid leave is determined by the terms and conditions of the employer's normal leave policy. Therefore, some employers have the right to prohibit men from converting accrued paid sick leave to paternity leave.

A study released in January 2011 by the Center for Economic and Policy Research found employers reported that these programs offered an overwhelmingly positive or neutral effect on productivity, profitability, turnover, and employee morale.

The Benefits of Taking Paternity Leave for Both Parents 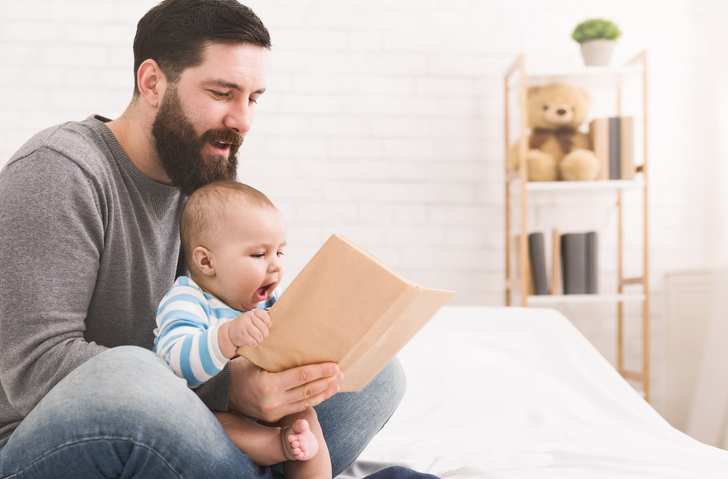 "I honestly hadn't planned on taking leave," admits Chris H., a sales planner at Timberland, the New Hampshire-based outdoor clothing manufacturer. Fourteen months ago, he and his wife Suzanne became the parents of twins, Emily and Zachary. When the nanny they'd hired "fell through," and his wife had exhausted her own maternity leave benefits, the new dad decided to take advantage of Timberland's two-week paid paternity leave. By tacking on unused vacation time, Chris was able to stay home with the twins for one month.

"It was crazy," he recalls. "Far more work than I ever expected. I learned to respect stay-at-home moms because I was just in awe of how much work had to be done."

Chris found hands-on fathering both satisfying and "terrifying." He was thrilled by "the firsts:" the first time his babies rolled over or arched their backs. But he recalls suffering heartburn during his weeks at home, which he attributes to the sheer weight of responsibility of caring for infants.

"Most dads who only spend Saturdays with their kids would ask, 'How'd you do it?'" he recalls. "They didn't ask me if I thought they should take a paternity leave. And I can relate to that because of the expectations that society has put upon us as men."

On the other hand, Timberland Vice President Greg S. found most of his friends were envious when he announced he would make use of the company's paid leave following the births of David, now three, and Sarah, one.

"As the corporate treasurer, I'm working 60 hours a week," Greg says. "It was very difficult to take the time. But it's like, the work's still going to be there tomorrow."

This father used paid leave and accrued personal time to spend close to a month home with his infant daughter.

"She was born with a heart condition, and was in the hospital 10 days," he remembers. "I truly believe there's a bonding aspect to this. If you're there every day, you're bonding as much with the child as the mom."

Unlike many dads, this VP did not fear repercussions, such as the prospect of being "Daddy-tracked," because he took time off.

"It's a part of our corporate culture," Greg believes. "It's not just a benefit offered to grab a headline. Relative to retention and productivity, at the end of the day, you really want to work for the company."

Timberland is one of only a handful of companies offering paid paternity leave. IBM and Microsoft also give dads two weeks; Merrill Lynch, the insurance giant, offers one week.

"The trend is in the right direction but still very small," says Professor Malin, who has tracked paternity leave policies and practices since the 1980s. His research shows that ongoing "workplace hostility" at many companies still prevents men from actually using the benefit.

"It must be paid and it must be supported at the top," he says. "If men believe (the leave policy) shouldn't be used or 'there goes my career,' they won't take it."

"The 'real politic' on this is that (paid leave for new dads) is probably a bit ahead of the curve in terms of what most of the business community will support right now," agrees James Levine. "But we've got good evidence that when companies do offer it, men start using it."

And "real men" who have taken paternity leave say they want even more time with kids.

"I would love it if you could take paternity leave or maternity leave at different times, not just when kids are newborns," muses Timberland's Chris H. "I'm finding that the older they get, the more bonding goes on. And I can't wait till they're old enough so we can get out and start throwing a ball around."