Sharing your childhood dreams with your kids strengthens the family bond and gives children a wonderful sense of belonging.

I recall watching an episode of the television family drama, The Wonder Years, where young Kevin Arnold walked into the summer night of his backyard to discover his father gazing through a telescope perched on a tripod. Kevin had never witnessed his dad so engrossed in any pursuit. Through an initially halting but soon comfortable and animated discussion, Kevin learned of his father's fascination with and knowledge of the heavens. He knew all the constellations and delighted in naming them to his son. Kevin asked his dad how he came to know all of this. His father replied in a melancholy tone of resignation, "I wanted to be a sea captain, navigating ships by the stars. That was my dream. Then the war came along. It just never worked out that way."

That was the first time that Kevin had heard of his father's dream and his passion for ships, the sea, and the stars. Kevin had known his dad to be a man who intensely disliked his middle-management factory job and who found little joy outside of his wife and family. A sea captain, that's what his dad had wanted to be. Not some under-appreciated cog trapped in a dead-end factory job. How could a sea captain be happy with work like that? On that summer night, Kevin understood more about his father than ever before, as he learned the names of constellations and navigational ocean routes, and peered through the telescope with his father's hand resting on his shoulder. On that night he was a sea captain's son.

In the 1960s my father and I regularly watched the TV program, Medic. Every show featured an actual clinical operation, filmed in great detail. We were both fascinated by these operations, but my dad was positively riveted, transported to another dimension, often naming parts of the anatomy and explaining why the surgeons were using certain surgical techniques.

After graduating from high school, my father was soon shipped overseas to fight in World War II. He had risen to the rank of platoon leader and had also been an Army medic. He never spoke of his wartime experiences to me. My mother told me that he couldn't endure reliving the pain and horror that he had witnessed by telling such stories. But sometimes after watching Medic, he would volunteer how he and other medics would help the doctors in the operating theaters and the MASH units and how it felt to save lives. When he spoke of these times, there was pride in his voice. In those moments, he was the man he wanted to be.

When my father returned from World War II, he worked in the textile mills of Plymouth, Massachusetts. Like Kevin Arnold's father, he took no particular joy or sense of achievement in his work. I could see that. Once as the closing credits to Medic were rolling, I asked my dad if he'd ever dreamed of being a doctor. His eyes moistened slightly and he said, "Sure, I dreamed about it all the time, especially when I was a medic." I knew then when my dad had felt most alive, when he had felt the most valuable in his life.

We all have dreams

Children should know the long-ago dreams of their parents. Most children see their parents only as old people, living repetitive lives and working at jobs, unburdened and unaffected by passionate dreams unfulfilled. Some of our parents' dreams became realities, while others were forsaken or abandoned. Some dreams were resurrected and became realized later in life.

Children can learn so much more about who their parents are, about their very souls, when they are told their younger dreams. If building an increasingly, intimate lifelong relationship between parent and child, if coming to know the essence of one another are goals, then sharing dreams can help forge such powerful relationships.

Beyond allowing your children to know so much more about you through your cherished dreams, you can begin teaching them in the most personal way about the value and importance and necessity of their own dreams. Children must be encouraged to believe in and to fulfill their dreams. Dreams give them a sense of mission. Dreams nourish their souls. Share your old and new dreams with your children. Ask them to share theirs. Many soft, summer nights beckon you to begin. 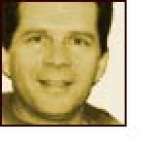