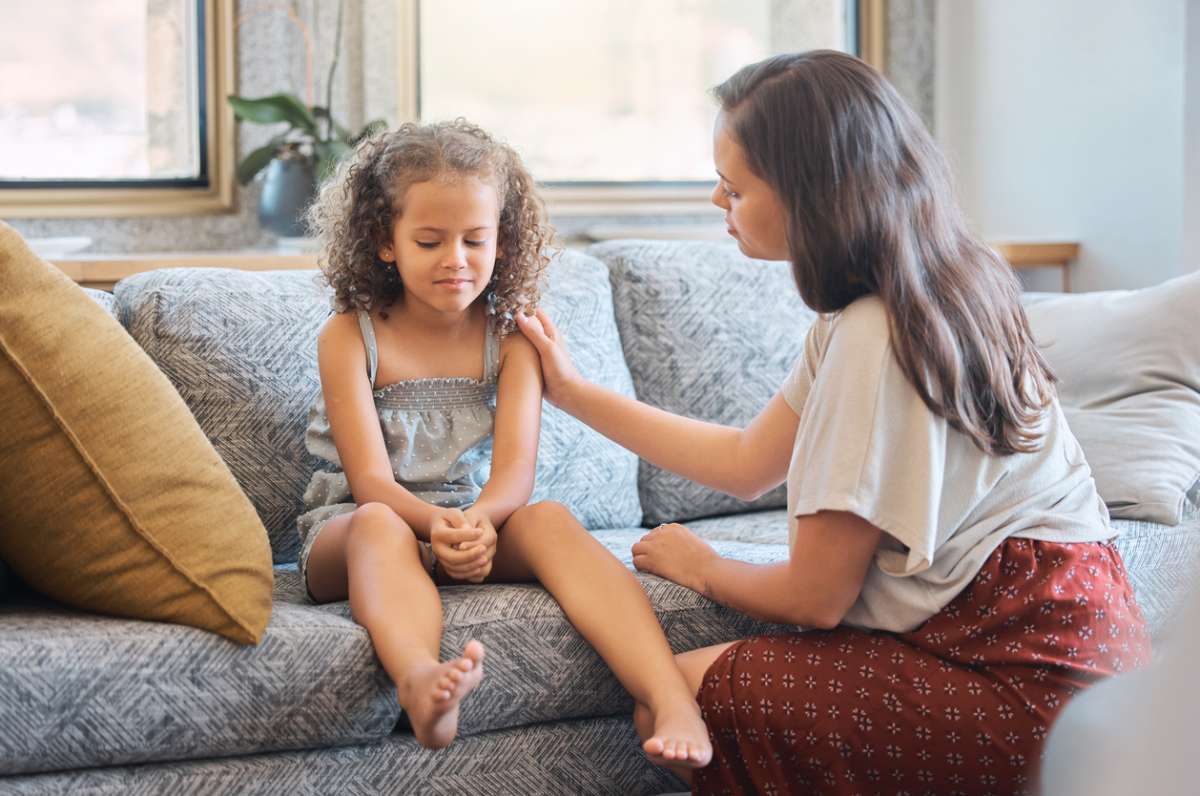 Learn how to coach your child through a problem, thereby giving him a key to success and empowering him to become independent.

When children learn problem-solving skills, they are more self-confident. They have fewer behavior problems and get along better with other people. This enables them to do better in school and in relationships with friends and authority figures. They also tend to have strong emotional health, which gives them the ability to deal with life's challenges and difficult events.

When you learn to coach your child through a problem, instead of solving it for them or ignoring it, you are empowering him to become independent. You are giving him the ability to smooth out life's bumps in the road, and thereby be able to travel farther down it. You are showing him a key tool to success.

There are several steps to identifying a problem; the first is to recognize that there is a problem. Once that is determined, you need to name the parties who are part of the problem. Often it is one person, but many times there are two or more. After that, you must clearly define the problem you wish to solve.

Psychologist Abraham Maslow said about conflict and problem-solving: "If the only tools you have are hammers, every problem begins to look like a nail." There is no truer statement when you are trying to help your child figure out the solution to a problem. Learn the skill and make it unique to your family.

Quite often, there is more than one problem in a particular situation, and you must be able to separate them and confront them individually. For example, one child takes a toy from another, and the other child reacts by hitting the first child. In this example you have two problems: the taking of the toy and the hitting of the child. Although you will have to deal right away with calming the child who got hit, you first need to identify the action that caused the ruckus and deal with it. Afterward, you can deal with other problems (such as calming the child who was hit) that developed from the reactions to the initial problem. Begin by asking one child what happened, and give each child a turn in giving her version of the events. Then state that there is a problem that you, as a group, need to solve. State clearly which problem you are solving. In this instance, you are attempting first to solve the problem of the child taking the toy first, and then you will use problem-solving skills to come up with alternatives to hitting another person.

Get to the Root

Coming on a scene where one child is crying sometimes causes parents to put on blinders to everything else that may be going on. Yes, it is extremely important to make sure that the child who is crying is not hurt. Once that is determined, it's time to get to the root problem. If you ignore what caused the scene and don't try to fix the problems that resulted first, you will be teaching the children that you can fix things with bandages instead of teaching them a way to solve the next problem. Therefore, they will continually need you to be there to apply the bandage.

All too often when a problem occurs between two or more children, there isn't an adult in the room. Therefore, identifying the root problem can get tricky. This can lead to another problem: lying. Try to get an account of what happened from one child at a time. If you suspect that a child may not be telling the truth and may make it hard to figure out who to believe, shelve the entire mess. Have everyone, including you, take a group time-out. Once everyone is calm, move on. If you've determined that it's impossible to figure out the problem accurately, trying to find the problem becomes the problem. You never want to guess, because you could be wrong, which will cause guilt and possibly shame in someone who doesn't deserve it. Shelve it, move on, and pay closer attention to the group from here on.