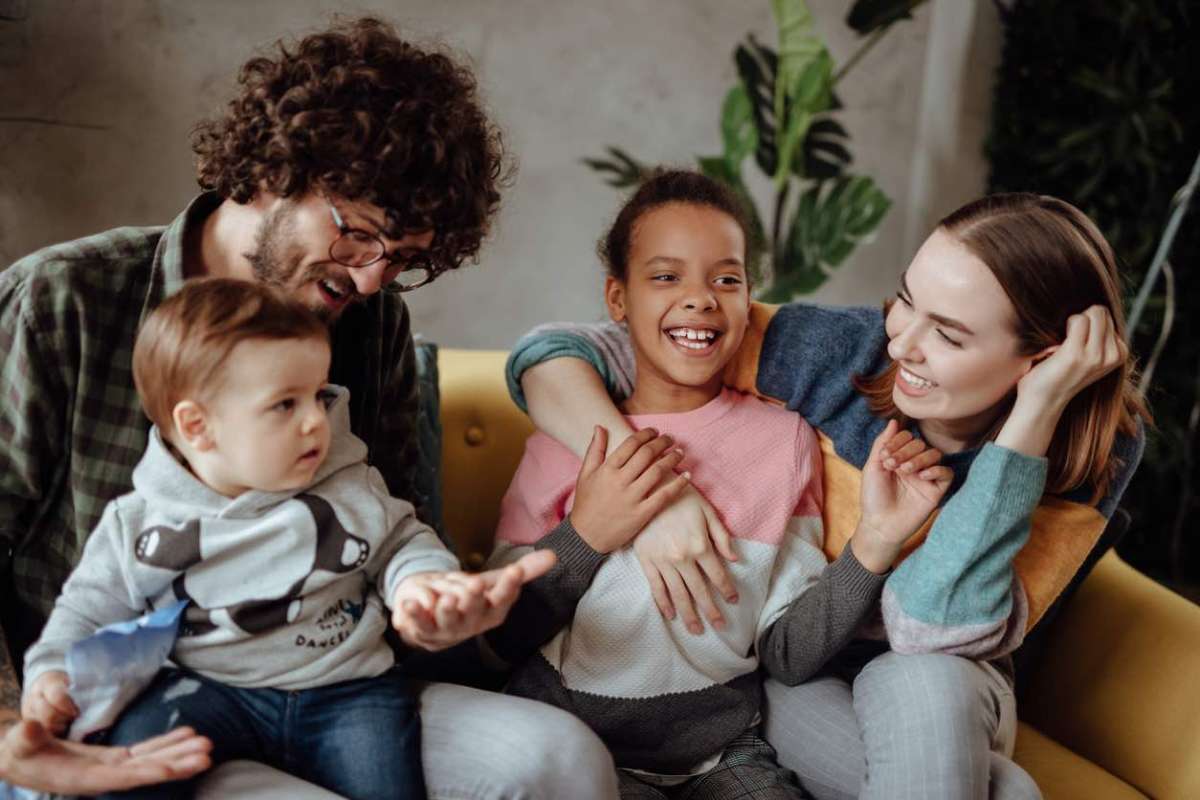 What to know about transracial adoption, raising kids of a different race or culture, and dealing with people's reactions.
Elisa Cinelli

Adoptive parents have exactly the same rights and responsibilities as biological parents. But, the fact that an adopted child is not always biologically related to their parents does matter.

With transracial adoption – adopting a child who is a different race than you – there are special considerations adoptive parents need to keep in mind.

Race is Going to Matter

In the past, many white parents with adopted African American kids or children of color have taken the “color blind” approach. With good but misguided intentions, these parents tried to raise their kids without even considering their racial identity.

Now we know that it’s important to affirm our kids’ racial identity if it’s different than our own. We need to teach transracial adoptees about their birth family’s cultural background and we need to help them navigate society’s biases.

What is Transracial Adoption?

Transracial families can refer to any adoptive family where a parent is of a different race than an adopted child. For example, if white parents adopted a Korean or Bllack child, that would be transracial adoption.

Transracially adopted children tend to be people of color adopted into white families. Adoption agencies once discouraged prospective adoptive parents from adopting a child of another race.

This is no longer the case, though it’s important to note that there are benefits to placing a child with a family of the same race.

Studies show that Black children do best when they are adopted into Black families, especially in the case of domestic adoption. Presumably, this is because Bllack families are better equipped to meet Black kids’ needs and help them build a strong cultural and racial identity.

These parents and their extended families are also better able to prepare their children for the societal challenges of growing up Black.

In general, other non-white groups, such as Asian or Latino children, do well when adopted into same-race American families as well. However, Black kids benefit most from being placed into adoptive families of their same race.

This being said, all children need a family. Waiting for an extended time in foster care or for international adoption is not best for kids’ well-being or self-esteem. Finding a permanent placement in a family—is always preferable to any other situation.

White adoptive parents can build loving families in which nonwhite children thrive. But these parents need to be mindful of how they raise their kids.

Growing up in a white family does not somehow bestow white privilege upon a child of color. Nor does it erase their race. It’s important for white adoptive parents to talk about race and acknowledge how it shapes their child’s identity.

When anti-racist conversations first surfaced in America, you might have heard statements like, “When I look at Jason, I don’t see him as a Black person. I just see him as my friend!”

The idea that we should try not to notice race may have been well-intentioned but unfortunately, it was not anti-racist. This attempted perception shift ignores the fact that people do look different and race does impact a person’s daily existence. It implies that whiteness is the norm and it ignores the fact that people are treated differently in society based on their race.

How to Raise a Child of a Different Race

Transracial adoptive parents have a double job, in a way. They need to bring up their kids surrounded by their family values and cultural norms, while also paying attention to their child’s biological background and teaching them about it.

Many white parents have never encountered racial prejudice, so they will need to learn how to respond when their child does. Do not assume that your kids won’t be affected by their race.

Start at a young age by reading books and watching TV shows that show young children kids that look like them. Perhaps there are some role models of your child’s race for them to look up to.

However, please don’t try too hard to force a friendship between your child and other kids just because of their race. Instead, try to make sure your child is growing up seeing people who look like them in the classroom, in neighborhood clubs, sports, or other programs. Social workers may be able to help with this.

Teach your adopted child about their racial, cultural, and ethnic background. Teach them about their birth parents. Make sure they know the story of where they came from.

Tell them about the marginalization their race has faced in the past and that they may face today. In an age-appropriate way, continue conversations about institutionalized racism.

Dealing with Racial Prejudice and Discrimination

Make sure your child knows that they can come to you if anyone says something inappropriate to them about race. If and when this does happen, make sure they are equipped with strategies on how to deal. Let them know that negative statements about race are never okay.

While it’s good for kids to learn how to stand up for themselves, it’s extra important for transracially adopted kids to know that adults will step in and take a stand against racist behavior.

Helping Your Child Cope with Racism

Remember that racism does not only look like insults or exclusion. There are also many microaggressions that people of color deal with in their daily lives. For example, white people may cross the street to avoid someone of a different race or hold onto their purses a little bit tighter.

People of color notice these microaggressions. If your child is mixed race or appears ambiguous, they might get questions like, “What are you?”

It can be harder to deal with microaggressions and they can be harder for society to move away from. Make sure to talk about these types of things and listen to your child.

If they say they have experienced microaggressions, affirm them. Avoid telling them that maybe they imagined it or it isn’t a big deal.

"That's Not Your Mom"

Unfortunately, there are many people in the world who are not open-minded enough to realize that parents and kids won’t always be of the same race. Be ready for questions and comments about why your kids don’t look like you.

You might want to say that your child is adopted. But you don’t owe anyone an explanation.

Consider a reply such as, “Family members don’t always look the same,” or simply, “Yes, she is my daughter, have a great day!”

Other kids at school, especially white children, may ask questions like this. Children’s musings do often come from a place of genuine curiosity, but they can still hurt adopted kids.

Sometimes it can help for teachers to arrange for a class conversation about your family, where you come in and share what adoption is. Many times it’s best just to lay it all out for little kids and answer their questions. However, always check with your child and gauge their comfort level.