The Spanking Debate: Negative Effects and Impacts of Spanking

Learn about the negative impacts that using spanking as a punishment technique can have on your child.

It’s a bad day at the grocery store. Your 3-and-a-half-year-old insisted on walking instead of riding in the cart. They wouldn’t stop screaming so you thought, Okay, I’ll give them the freedom of movement they need as long as they stay by the cart.

But instead of getting better, things get worse. Your little one sprints down the aisles, tossing all manner of cookies and candies into your cart and knocks a cascade of apples down in the produce section.

Flustered, you finally grab them and strap them back into the cart, where the screaming begins again. You pull all the treats out of the cart and try your best to return them to the shelves, triggering even more crying.

When you get home, feeling exhausted, you discover that your child has 3 packs of m&ms crammed into their pockets. And you lose it. You launch into a well-projected rant about grocery store behavior and stealing. Your mind is racing for a consequence. Should you take away a toy? Or was this scenario bad enough to warrant a spanking?

In fact, spanking children is not recommended under any circumstance. The American Academy of Pediatrics (AAP) also condemns yelling at kids and instead advises parents to use positive discipline strategies to help improve children‘s behavior and keep them safe.

Spanking has long been one of the biggest parenting controversies, but as new studies continue to show how harmful it is, the use of spanking is now on the decline in the United States. Many American parents have become more aware of the negative effects of spanking as a form of discipline.

What Are the Negative Effects of Spanking? 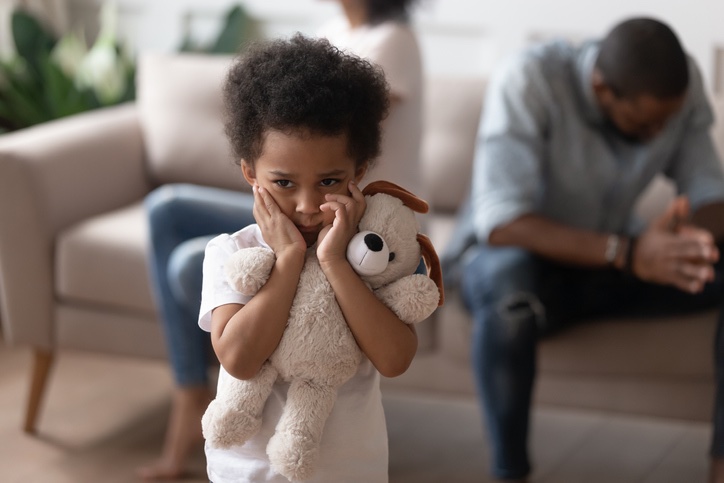 Using corporal punishment is associated with several negative outcomes, so much so that the AAP has called for a ban on spanking children.

Children who are spanked show more aggressive behavior, according to a meta analysis of longitudinal studies from the University of Texas at Austin and the University of Michigan (Gershoff, E & Grogan-Kaylor, A).

Physical discipline is also associated with more defiant behavior and other externalizing behaviors in the future, even if it stops misbehavior in the short term.

2. It Breaks Down the Parent-Child Relationship

Using physical punishment can significantly affect the parent-child relationship. Studies found that teens whose parents had spanked them felt less close and affectionate towards their parents and were less likely to engage in problem solving with their parents.

When children are subjected to physical discipline, their stress hormones are elevated. This can affect the way their brain forms, negatively impacting their mental health and self-esteem.

Hitting children puts them at an increased risk of experiencing physical abuse in their future relationships.

The negative outcomes associated with spanking children, such as increased aggressive behavior, mental health problems, and seeing the same behavior problems repeat themselves, are also associated with yelling at young children or shaming them.

Like spanking, verbally chastising your child puts their brain into fight or flight mode, and pumps stress hormones through their body. When this reaction happens repeatedly in childhood, it has lasting effects on the brain and on child development.

Spanking, in the way most parents use it, is not generally equivalent to physical abuse - but it can be used in an abusive way.

Most parents‘ use of spanking is in an earnest attempt to correct their children’s behavior. It is done with an open hand and it does not leave a mark on the child’s body (some experts, such as psychology professor Robert E. Larzelere, do not support a ban on spanking for this reason).

That being said, studies show that children who are spanked experience many of the same negative effects as those who are victims of child abuse, such as increased child aggression, antisocial behavior, and difficulty with self-regulation. Bottom line: spanking children just doesn’t work, and it does more harm than good.

What Should I Do Instead of Spanking? 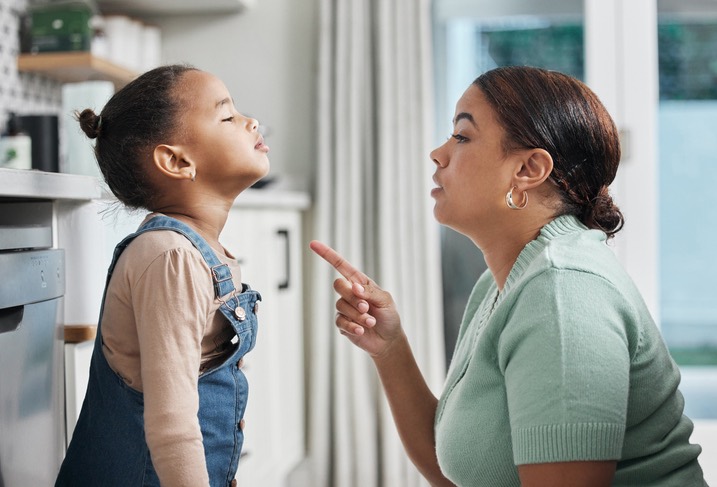 Remember that disciplining your child is about teaching them correct behaviors. Children do not need to feel bad to learn—and in fact, they can’t learn when they feel bad.

Child outcomes are positive when the method of discipline is positive.

The following forms of discipline are effective and respectful of children. They work in the short-term but more importantly, they teach positive behaviors and help children with internalizing these behaviors over the long-term.

Let’s break these down a bit further:

Children want to learn and make you happy, even if it doesn’t always feel that way. Give them the benefit of the doubt and show them exactly what you expect from them. Don’t assume they know already.

For example, if you would like your child to close the car door without slamming it, show them exactly what doing this looks like. Then have them practice it a few times.

For example, if your child keeps annoying an older sibling who is trying to do their homework, they are showing that they need attention or interaction. Bring them into another room with you and distract them with an activity they enjoy.

If your toddler is throwing rocks into an area where other children are playing, move them somewhere else like the edge of a stream where they can throw rocks without hurting anyone. Or, give them a soft ball to throw and play with.

Sometimes, removing your child from a problematic situation is your best bet. But remember, this should not be done with the intent to shame them or make them feel bad. Instead, use timeout as a way to calm down and reset.

For example, if your child keeps knocking down another kid’s Lego towers, you may need to take them out of the situation first. Once they are calm, you can return and show them how to make their own tower, and let them knock it down if they want. Or, you may decide that it’s better to move onto something else.

If your child has a tantrum or a meltdown, time out is probably going to help. You can also do a ‘time in’ - where you stay with your child away from the action and help them with self-regulation.

Give your child the gift of being able to learn from their own mistakes. Kids need practice with decision making and whenever it is safe, you should allow them to fail in that process.

If your little one refuses to bring a jacket, the natural consequence is they may be cold (and then again, maybe they won’t be!). But if you live in freezing temperatures, you may need to impose a logical consequence. In this case, you might let them know that they can play outside as long as they keep the jacket on.

It can feel strange at first when you start using more positive forms of discipline. This is natural, especially if you were brought up with other parenting methods. But remember that the goal of discipline is to teach, and kids who feel bad can’t learn.

Parental spanking or using harsh discipline puts children at an increased risk of having low self-esteem and being victims of physical abuse in the future. These methods don’t work and they harm kids. It’s time to say goodbye to the old way of discipline and embrace a loving, supportive approach.