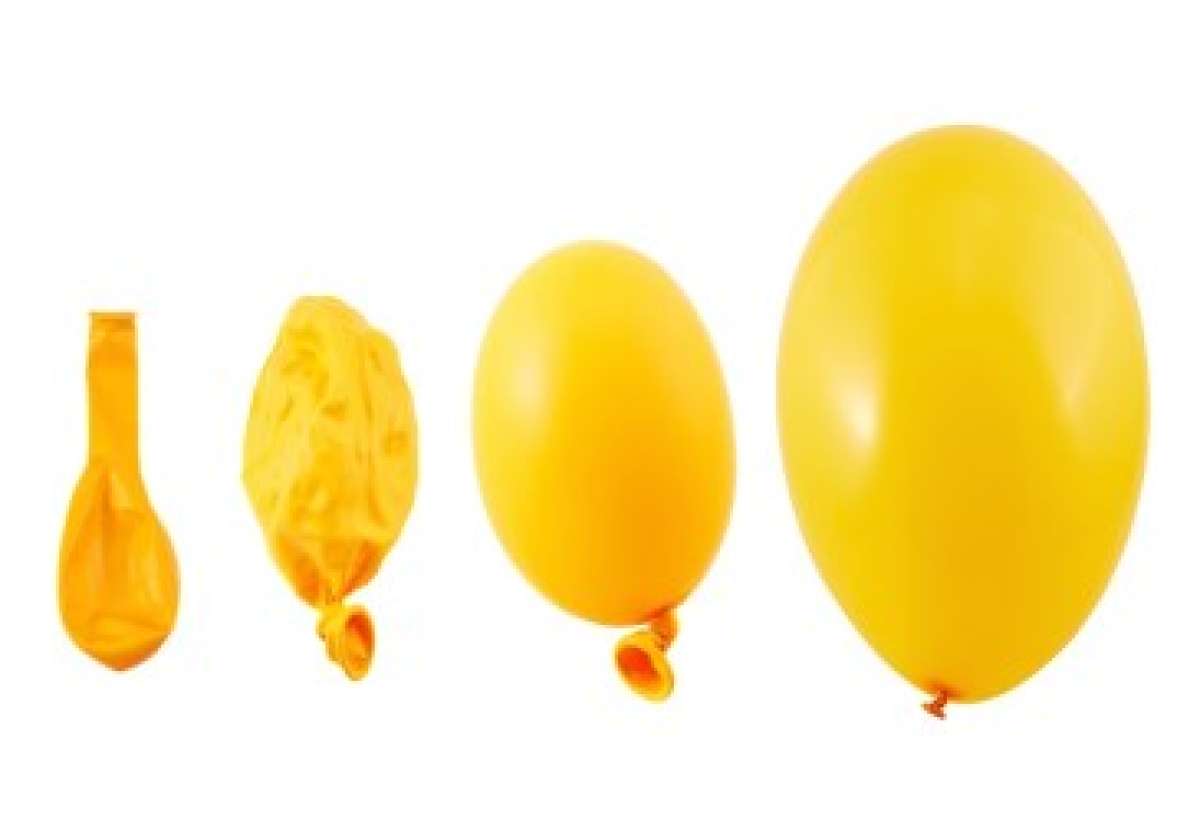 Your child can learn all about air pressure by blowing up balloons with various methods. This science experiment is a fun way to explore chemical reactions.

If your child jumps for joy at the thought of blowing things up, she will really enjoy the Bottle Balloon Blow-Up experiments. Though her excitement may die down temporarily when she realizes the only thing getting blown up is the balloon, it will be quickly reignited when she realizes that she can blow up balloons using various forces, none of which include forcing air from her lungs into the balloon. These experiments work best with latex balloons. However, before you begin, make sure none of your participants have latex allergies.

This experiment demonstrates the power of the chemical reaction created by combining baking soda and vinegar. It's powerful enough to blow up a balloon!

When the baking soda and vinegar are combined, the acetic acid in the vinegar breaks down the chemical composition of the baking soda (calcium carbonate). The carbon combines with some of the oxygen in the bottle to create carbon dioxide gas, which then rises and inflates the balloon.

Next: Balloon in a Bottle Experiment
©2022 Sandbox Networks Inc. All rights reserved. Sandbox Learning is part of Sandbox & Co., a digital learning company.