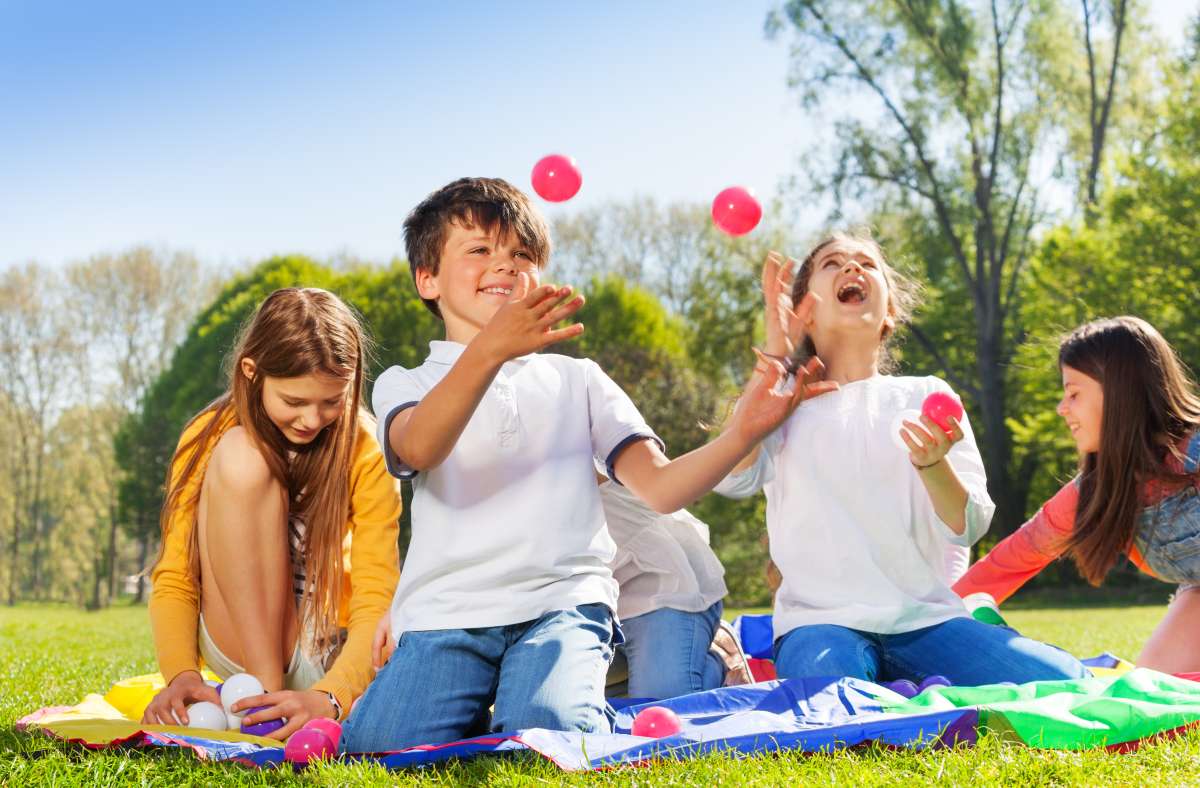 In this two-player game, each player throws and catches a ball according to a sequence of tasks.

This is a game for one or two players. The idea is to throw and catch the ball according to a sequence of tasks. When you miss, you lose your turn and have to start all over the next time. Here are some tasks:

Note: After going through the sequence without missing, go through again using the right hand only, then with the left hand only.
©2022 Sandbox Networks Inc. All rights reserved. Sandbox Learning is part of Sandbox & Co., a digital learning company.