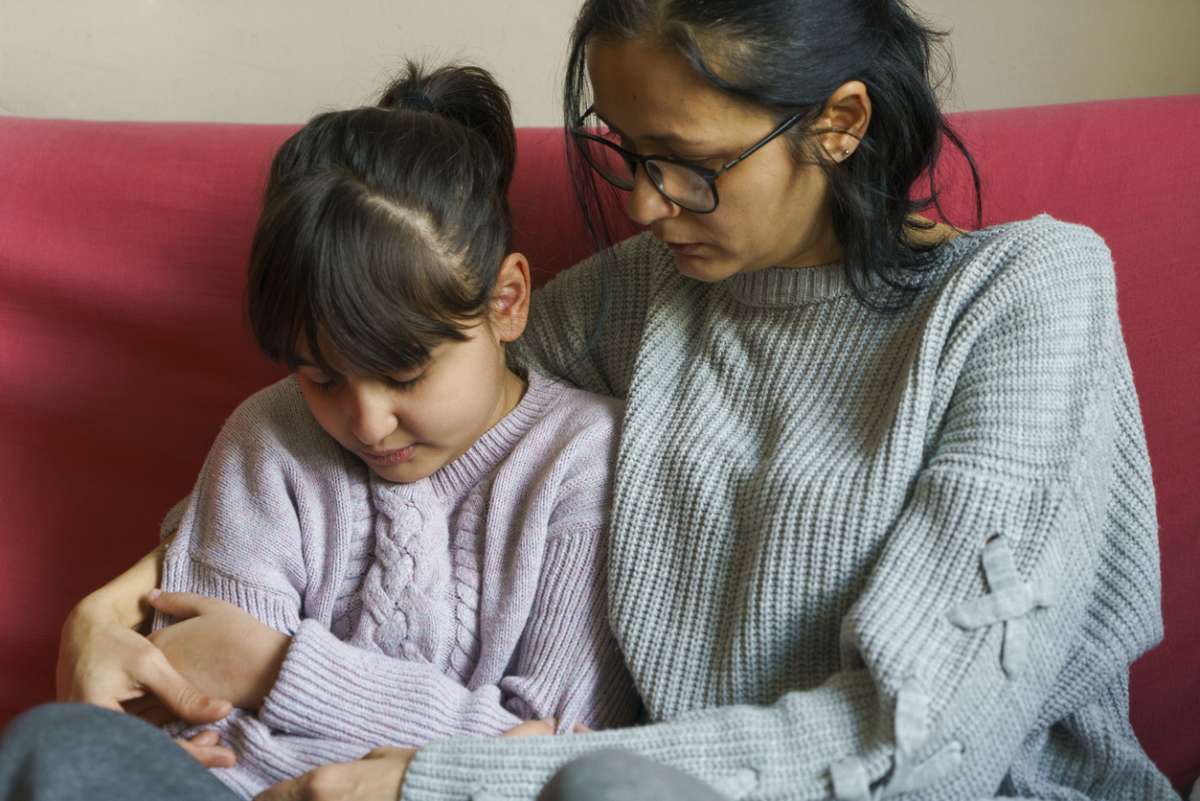 This article can help parents learn how to be mediators, without favoring one tween child over another.

Blatantly favoring one child over another harms the self-esteem of the child who comes out on the bottom, even as it harms the preferred child by engendering feelings of guilt. Most parents rightly assume that it is wrong to play favorites. Unfortunately, many take pains to reassure all of their children of their love by bending over backward to treat all of their children the same, which escalates competition rather than lessening it.

Unfortunately, the strategy of trying to treat all of the children alike is not only doomed to fail, it is virtually guaranteed to increase sibling discord. Children are individuals and need to be treated as such.

Competitive children argue long and hard to be first or receive the choicest morsel of whatever goody is in dispute. Many parents try to settle the issue by having their children take turns on a rotating basis. For instance, if wanting to cut the pie is the subject of contention, parents try to keep track of who got to cut it last time so that someone else can have a turn. If the children dislike having to go to bed and claim that it is unfair to have to go to bed first, some parents set the same bedtime for everyone. Others set bedtimes according to the children's ages so that when their birthday arrives they get the same privilege. When one child is having a birthday party, some parents make sure the siblings each have a present to open and allow them each to invite a friend to minimize jealousy. Some parents go so far as to count the number of holiday presents they bestow to make sure each child receives exactly the same number, or they divvy up the dollars they spend on each child into equal portions. When parents deny their children's differences, children fight harder to assert them.

The problem with trying to treat brothers and sisters alike is that they have different needs and wants. To insist they go to bed at the same time despite the fact that they require different amounts of sleep denies their individuality. If an older child happens to need less sleep than a younger one, it makes sense to allow the older child to stay up later. To insist that everyone must go on a diet because one child is overweight denies their differing needs. To apply a set of arbitrary rules to everyone makes the rules more important than the children. The result is that children fight even harder to get parents to recognize their individual needs.

The route to treating children with fairness is not having the same rules and giving the same privileges, presents, and praise to each. Fairness means—or should mean—making thoughtful decisions about each child's needs.

Despite parents' heroic attempts to avoid playing favorites by treating their children alike, siblings in most families know exactly which child is each parent's favorite. If four siblings are asked in a family therapy session which of them Mom likes best, Mom usually looks shocked and says that she feels the same toward all of them. Meanwhile, three youngsters immediately point to the fourth child, who calmly raises his hand to signal that he is the favorite. It occasionally happens that a group of siblings is uncertain which of them is favored or is quite sure that they are equally cherished, but this is exceedingly rare.

Siblings can't help but notice Dad's lingering smile when the favored child is talking. They hear the special lilt in Mom's voice when the favored child tells a joke. Even if the punishments are the same for breaking particular household rules, children see that their parent quickly recovers from being angry with the favorite. They hear the extra sharpness in their parent's tone when a sibling is being chastised. The truth is, parents may not love one child more than another, they may make heroic efforts not to favor one youngster over the other, but it is rare for them to feel equally close to them all. Each child has a different personality, so it is natural that a parent will be more compatible with one than with another. Often the favorite is the one who has a similar personality type, since people who are alike in fundamental ways have an easier time understanding each other and can more readily relate to each other.

Honesty can sometimes do a lot to relieve tensions and can lead to more in-depth discussions: "I do feel closer to your brother. I think we have similar personalities. Often you're a mystery to me, and I can't understand why you do certain things and don't know how to meet your needs. But this bothers me terribly, because I do love you very, very much. I wish I could understand you better. It might help if you could talk to me more."