An interview with Michael Kieschnick, founder of Dads and Daughters. 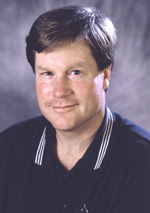 Philanthropist and father Michael Kieschnick is very involved in the lives of his children. He and his wife make every effort to help their kids be true to themselves. Still, Michael could see how the media and our culture were beginning to affect his daughter in negative ways.

A powerful example was when his nine-year-old daughter asked him, "Daddy, do I look fat?" It was clear that parental involvement and a strong working mother role model could not completely protect a preadolescent from the insidious cultural messages which tell girls that how they look is more important than who they are.

Knowing how big an influence a father has on how a daughter views herself, Michael decided to act. He began working to create an organization for fathers and daughters, and Dads and Daughters was born in April, 1999. Michael is now chairman of DADs' board of directors.

Dads and Daughters is a national nonprofit education and advocacy organization dedicated to helping fathers strengthen our relationships with our children. Dads gives the tools to transform the pervasive cultural messages that value our daughters' appearance over their abilities.