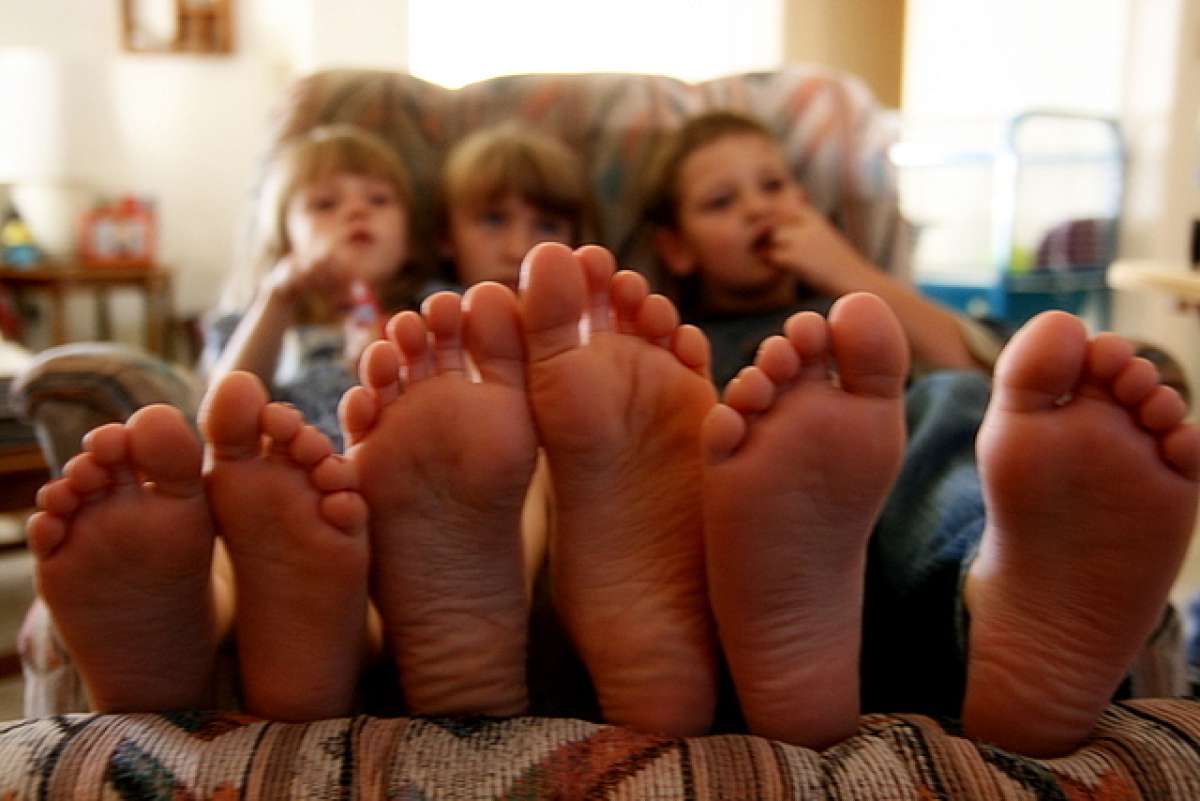 As the fall schedules start coming out, here's a list of 10 TV shows, both new and returning favorites, that you can watch with your children.
by: Colleen Hughes

We may have more TV networks and more ways to watch than ever before, but it often feels harder than ever to find TV shows that the whole family can enjoy together. While adult TV is experiencing a new golden age and children's programming is breaking new territory on streaming networks, the family show often feels left behind. As the fall TV schedules start coming out, here's a list of ten TV shows, new and returning favorites, that you can watch with your children, whether your kids are younger, older, or a mix of ages.

Star Wars: Forces of Destiny premiered July 3 on YouTube and will be back this fall.

Remember when you watched Star Wars as a kid and Princess Leia was one of the only women in the entire universe? This animated series puts the women of the Star Wars universe front and center, from Leia and her mother Padmé to new favorites Rey and Jyn Erso. Eight shorts (under five minutes each) have been released so far on Disney's YouTube channel, and another batch of eight episodes are scheduled to be released this fall.

Disney's psychic teenager of the early 2000s Raven Baxter is all grown up and raising her own kids with longtime BFF Chelsea. While Raven and Chelsea navigate raising preteens as single moms, Raven's twins Booker and Nia and Chelsea's son Levi deal with the ups and downs of elementary school — and Booker's newly discovered psychic abilities! Fans of That's So Raven will enjoy watching this one with their kids. Raven's Home premiered July 21 on Disney Channel, and new episodes continue to air throughout this fall.

Greenhouse Academy is an adaptation of Israeli TV series The Greenhouse. The American series is set at a Southern California boarding school for future leaders, where siblings Hayley and Alex enroll after the untimely death of their mother. The kids soon find themselves in rival houses that must learn to work together as a mystery begins to unfold. Check this one out with your kids when it hits Netflix on September 8.

Catch I Am Frankie daily on Nickelodeon starting September 11 at 7:30EDT/PDT.

Originating as Yo Soy Franky on Nickelodeon Latin America, I Am Frankie is Nickelodeon's new adaptation for English-speaking audiences that debuts on September 11 after a sneak peek on September 4. Frankie Gaines may look like an ordinary teenage girl, but there's something different about her — she's really an android who escaped from her lab and is trying to live life as a normal teenager. But keeping her secret proves to be a challenge, especially when she starts experiencing human emotions.

The latest season of Project Mc2 debuts September 15 on Netflix.

Netflix's STEAM-focused series is back for a fifth season on September 15. Project Mc2 revolves around McKeyla McAlister and her friends, who are part of a secret group of female government operatives known as NOV8 ("innovate"). The diverse group of girls prove that "smart is the new cool" while using their skills in physics, programming, chemistry, and other STEAM fields to complete their missions and save the world.

Part one of the third season of Fuller House will be released on Netflix on September 22.

Fans of Netflix's Full House reboot rejoice — the Fuller clan is back with the first nine episodes of season 3 on September 22, which just so happens to be the 30th anniversary of the debut of the original series. While the adventures of DJ's and Kimmy's kids Jackson, Max, Ramona, and baby Tommy are usually full of family-friendly laughs, the adults sometimes have moments that can be a bit suggestive and may not be appropriate for younger children.

You can find DuckTales on Disney XD beginning September 23.

"Might solve a mystery or rewrite history…." In another nostalgic blast from the past, Disney's DuckTales is back as a rebooted animated series featuring an all-star voice cast. The new series promises a deeper level of character development than the original: duck triplets Huey, Dewey, and Louie's individual personalities are much more fleshed out, and Webby is just as big an adventurer as the boys. DuckTales aired its one-hour premiere special on August 12 and begins its regular schedule on September 23 on Disney XD, with two new episodes airing throughout the day.

Sensing a theme here? Family TV is experiencing a big nostalgia wave, and that means everyone's favorite 90s school bus is back! The new series will be CGI animated and feature SNL actress Kate McKinnon as Fiona Frizzle, Ms. Frizzle's younger sister. What does the younger Ms. Frizzle have in store for her students? Considering the original series saw them travel through space, into a beehive, and through a classmate's digestive system, the new series is sure to teach a whole new generation of kids how to "take chances, make mistakes, and get messy" as they explore the world around them. Find it September 29 on Netflix.

Young Sheldon may be a spin-off of the popular adult sitcom The Big Bang Theory, but this new prequel series about boy-genius Sheldon Cooper navigating his way through high school as a nine-year-old promises a more family friendly, heartfelt feel: Big Bang star Jim Parsons narrates as adult Sheldon, and creator Chuck Lorre has cited The Wonder Years as being an influence on the new series. You can check out a special preview on CBS September 25, and the show joins the full-time schedule starting November 2.

Season 2 of Andi Mack premieres on Disney Channel this fall.

If your family hasn't yet seen Andi Mack on Disney Channel, you're in luck! Disney hasn't announced an exact return date yet, so you still have time to catch up on all of season 1 before season 2 begins later this fall. Andi Mack tackles surprisingly heavy territory for a Disney series — on her 13th birthday, Andi learns that her older sister Bex is actually her mother and that her mom who raised her is actually her grandmother. While Andi and her friends tackle all the usual junior-high pitfalls such as first crushes and fights with friends, Andi also has to adjust to her mother's free-spirited but sometimes irresponsible ways and meeting her dad for the first time. Because of the complicated family dynamics inherent to the plot, Andi Mack is probably best when you watch with your kids and can be there to answer any questions they have.