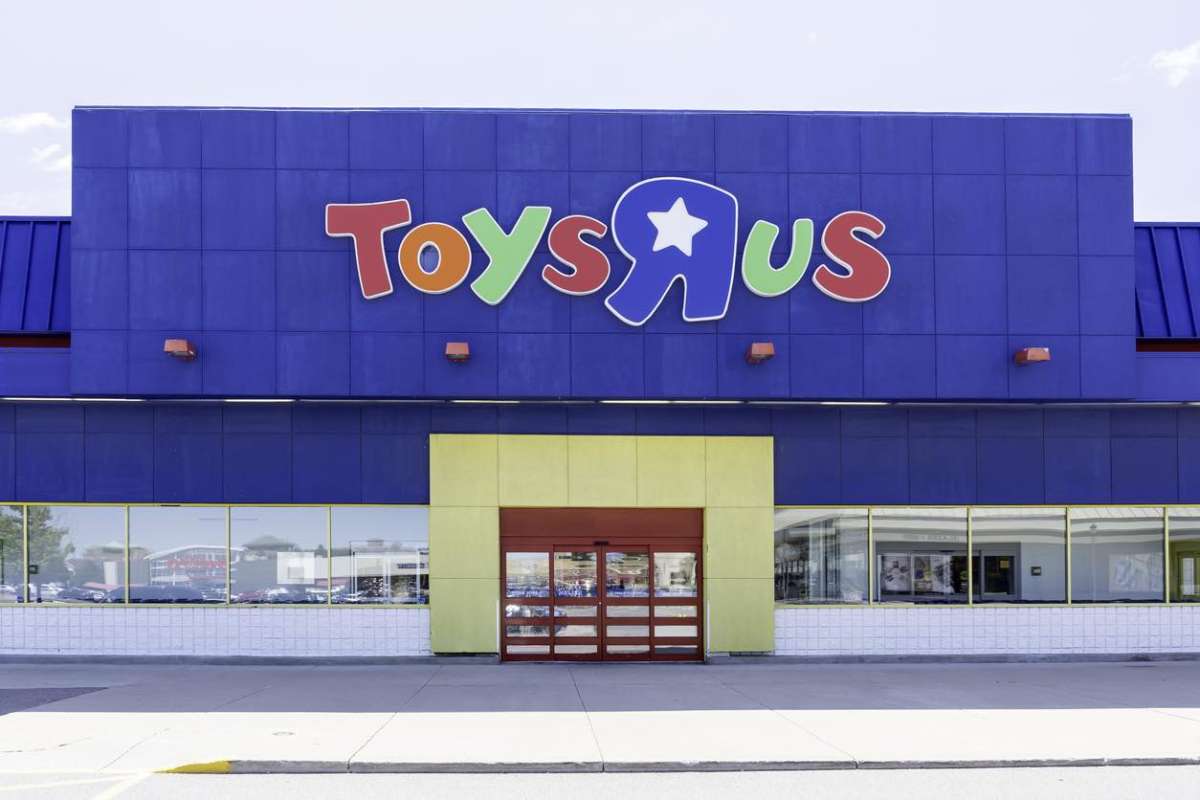 We've got all the latest info on the return of the beloved toy store, Toys R' Us!
Stefanie Miller

Toys “R” Us was one of the most popular retailers among parents for toys, games, and electronics. Although the company filed for bankruptcy in 2017 which resulted in the closure of all of its locations, Geoffrey the Giraffe is back this year. This beloved toy department store announced a partnership with Macy’s stores, which is very exciting and will be highly anticipated this holiday season. If you are not too familiar with Toys “R” Us, we are going to talk about how it all began, exactly why it closed its doors, and what this new partnership means.

The company was founded back in 1948 by Charles Lazarus. Before coming to the toy market and the brand that we all know, Lazarus first sold only baby furniture. The very first Toys “R” Us store opened in 1957 and that is when the switch was officially made to selling toys exclusively. The logo was actually designed by Lazarus as well, and the backward letter “R” was to give customers the impression that it was written by a child. From Barbie dolls to Cabbage Patch Kids, if you are an adult now, chances are you were once a Toys “R” Us kid!

The toy store giant filed for chapter 11 bankruptcy on September 18, 2017. Due to the rising competition of other retailers such as Amazon and Walmart, Toys “R” Us found it difficult to compete. Plus, it didn’t help that the company was also $5 billion in debt due to investment in operations and the upcoming holiday season. All of the U.S. locations officially closed their doors on June 19, 2018.

In 2019, two pop-up locations in Paramus, New Jersey, and Houston, Texas opened and lasted until 2021 when the toy brand was being acquired by WHP Global and going through restructuring.

It was announced in the 2021 press release by the CEO Yehuda Shmidman of WHP Global that over 400 Toys “R” Us stores will be opening in Macy’s department stores. WHP Global had become the majority shareholder of Tru Kids, Inc. the parent company of Toys “R” Us.

U.S. retail sales for toys have gone up exponentially since the pandemic began, allowing Toys “R” Us flagship locations to make a comeback just in time for the 2022 holiday season. If you didn’t already know, Toys “R” Us merchandise has been available for purchase since last year on toysrus.com and online through Macy’s.

According to an article by CNN in New York, Macy’s stores plan to have Toys “R” Us in every store. The Toys “R” Us stores will range from 1,000 square feet to 10,000 square feet. The more prominent locations are coming to Atlanta, Chicago, Honolulu, Houston, Los Angeles, Miami, New York, and San Francisco.

In celebration of this comeback, Macy's stores are making the grand openings of these locations extra special. There will be a life-size Geoffrey, the famous giraffe mascot, placed on a bench for photo opportunities. There will also be demonstration tables, family activities, and daily giveaways that include Lego and Barbie products. Macy’s chief merchandising officer Nata Dvir said in a statement; "Macy's cannot wait to bring the Toys “R” Us experience to life in our stores.”