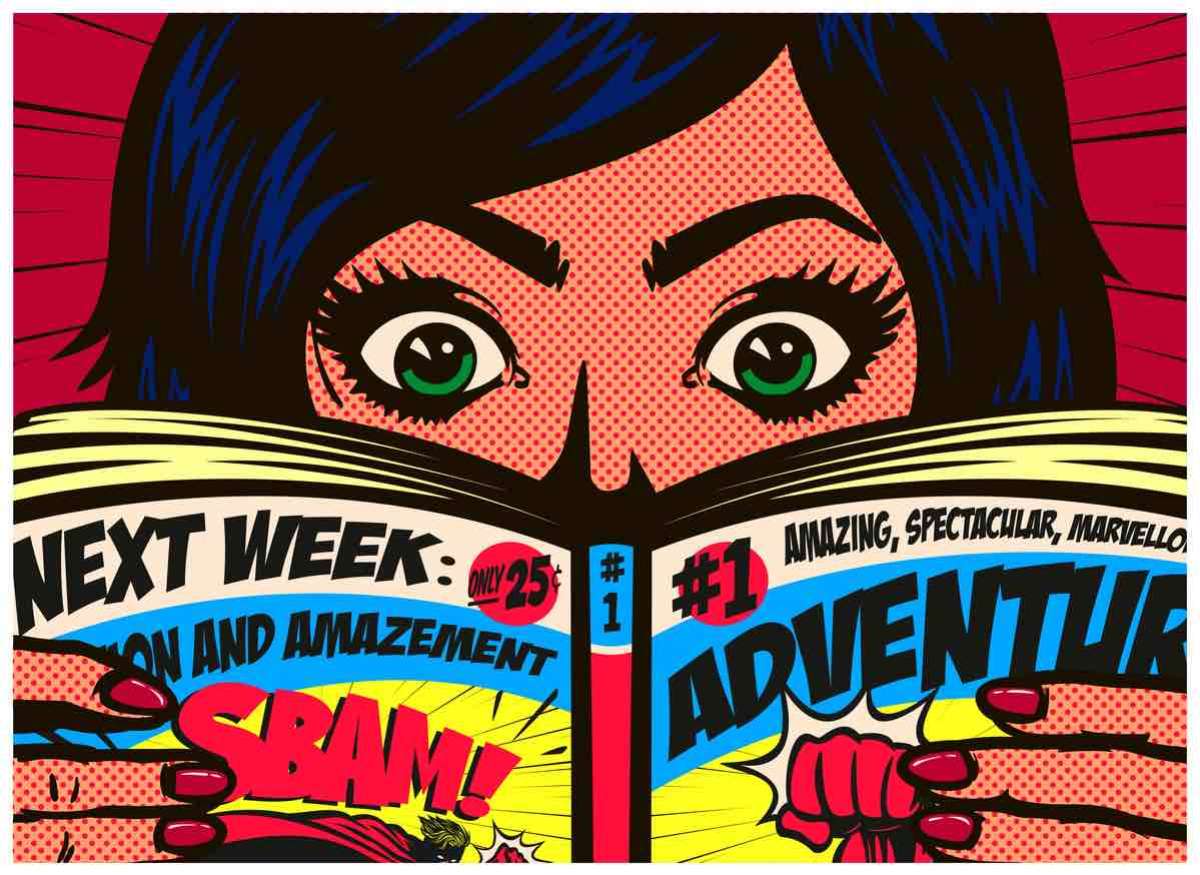 There are the best graphic novels for kids of all ages whether they love funny stories, adventure, superheroes and more!
L. Elizabeth Forry

If your tween or teen is anything like mine, their preferred method of reading is a graphic novel. Despite being an avid reader, I struggle to get my eleven-year-old to read a book, but I have discovered he enjoys comic books and graphic novels. I have always been a proponent that any reading, magazines, online articles, romance novels, or comics are good reading.

This article is a compilation of 27 graphic novels, manga, and comic books recommended for kids, tweens, and teens.

Related: The Ultimate Bucketlist of Books to Read for Kids

The Bad Guys by Aaron Blabey is one of the best children’s graphic novels and is ideal for young readers. The series was turned into a movie by Dreamworks in 2022.

The Babymouse graphic novels by Jennifer Holm and Matthew Holm will appeal to young kids as the star of the book, Babymouse, seeks glamour, excitement, and fame! With 20 books already in the series, your child will have plenty of Babymouse stories to read!

This action-adventure series by James Burks is a fun graphic novel choice for first-time readers. It has bright, colorful illustrations that will entertain young kids, but author and cartoonist Jame Burks only puts a few words per page, making it easy for kids to follow.

CatStronauts by Drew Brockington are delightful children’s books about scientists and astronaut cats sent to space to save the world! Young kids will love the adventures of Major Meowser and his crew, Waffles, Blanket, and Pom-Pom.

Maxwell Eaton III’s Flying Beaver Brothers series  are stories of environmentalism told in a fun, relatable ways kids will understand. In each story, the brothers are on a mission to save the planet from an evil-doer.

Narwhal and Jelly by Ben Clanton is a series of stories about best friends Narwahl and Jelly, a narwhal and jellyfish. The two friends explore the ocean together while also exploring what friendship means to them.

The Aquanaut by Dan Santat  is a new graphic novel filled with sea creatures and adventure. The story’s hero, Sophie, is intelligent, strong, and determined to help her dad and the captured marine creatures.

8. Binky to the Rescue

Ashley Spires graphic novel tells the story of Binky, the space cat, and his stuffed mouse as they fight aliens in their quest to get back home. This creative tale takes place in the backyard and Binky’s extraordinary imagination.

Dog Man is one of the most popular graphic novels for elementary-aged kids. Dav Pilkey struggled with ADHD and Dyslexia as a kid but found his calling in drawing and telling stories. Dog Man goes on adventures that explore friendship, empathy, and the benefits of being good and kind to others.

The Diary of a Wimpy Kid series by Jeff Kinney is a beloved collection of books for elementary and middle-aged kids first published in 2007. New books have been added over the years, and the series is set to release its 17th in October 2022. The series is about middle-schooler Greg Heffley, who illustrates his daily life.

This series by John Patrick Green is all about the Investi-Gators Mango and Brash, who use their detective skills to solve crimes!

12. Only: The Way Home & The Bittersweet Summer

Owly: The Way Home and The Bittersweet Summer by Andy Runton are two graphic Novellas that contain stories of friendship and learning how to say goodbye. Perfect for children who are moving to have a close friend moving away.

This series by Andy Griffiths and illustrated by Terry Denton is a series of magical adventures in which the tree house continues to grow and expand with each story—filled with slap-stick humor which appeals to elementary-aged kids.

The Stonekeeper by Kazu Kibuishi is the first book in the best-selling series Amulet. These beautifully illustrated graphic novels appeal to older kids and tweens on the verge of becoming young adults.

A retelling of the classic Babysitters Club tales by Ann. M. Martin with added illutstations by Chan Chau. With more than a dozen in the series, The Babysitters Club graphic novels will delight your tween reader as much as the original stories entertained you!

Big Nate by Lincoln Peirce is a fun series for older kids who are fans of Diary of a Wimpy Kid and Dog Man. Nate is an eleven-year-old 6th grader, and his daily adventures are told in comic strip style.

Kayla Miller’s Click series focuses on 6th grader Oliver and her best friends as they explore friendship and navigate the approaching teen year via social skills and learning right from wrong.

New Kid by Jerry Craft is an award-winning book that is the ideal middle-grade graphic novel to help kids understand racism, friendship, socioeconomic differences, and microaggression. The book is full of colorful and contemporary art.

This novel by Ivy Noelle Weir and illustrated by Amber Padilla is a funky retelling of the classic story The Secret Garden. Beautiful illustrations and a modern story make this tale relatable to a new generation of readers.

This popular historical children’s book series by Lauren Tarshis is the perfect series for your little History Buff. Tales of the Titanic, shark attacks, the Hindenberg, and the Blizzard of 1888 are just a few of the miraculous adventures your child will go on as they read.

21. Surviving the Wild: Star the Elephant

Remy Lai’s adorable elephant tale  is one of the newest books in an adventure series of picture books about heroic animals. Star the Elephant tells the story tells the true story of elephants attempting to survive deforesting and poaching.

This historical graphic novel by R. J. Palacio tells the story of a woman who survives the Holocaust with the help of an unexpected friend. It is a story of kindness and perseverance. If your child enjoys the book, take them to see the movie set for release in October 2022, starring Helen Mirren and Gillian Anderson.

23. Yummy: A History of Desserts

This delicious tale  by Victoria Grace Elliot is  combines the history of our favorite desserts with facts, legends, and recipes. Published by Random House, this is rated as one of the best books in children’s history comics.

Hamster Princess by Eisner nominee Ursula Vernon is an adventure series that will delight kids as young as four through middle school. This series is about Harriet the Hamster, who is not your typical princess, and will have readers laughing and cheering her on through her adventures!

This spooky series by Miriam Bonastre Tur follows the adventures of Dani and Dorian, young witches trying to discover who is good and who is evil. There are two books in the series, and the tales are action-packed and full of magical adventures.

26. The Lightening Thief: The Graphic Novel

This graphic novel is a new visualization of Percy Jackson and the Olympians by Rick Riordan and Robert Venditti with illustratrations by Attila Futaki and Jose Villarrubia. The series is about a boy who battles mythological gods and monsters from Greek Lore. Percy Jackson's books are a big hit with kids in middle school and even high school, and now this beloved story is available as a graphic novel.

The Wingbearer series by Marjorie Liu and illustrated by Teny Issakhanian is a magical, adventurous series featuring Zuli, a young black girl who has to save her world. She makes new friends along her journey, meets an ancient dragon, a witch-queen, and comes face-to-face with her own identity.

Looking for more fun books to read with your kids? Check out our list of This Year’s Trending Halloween Books Kids Will Love!