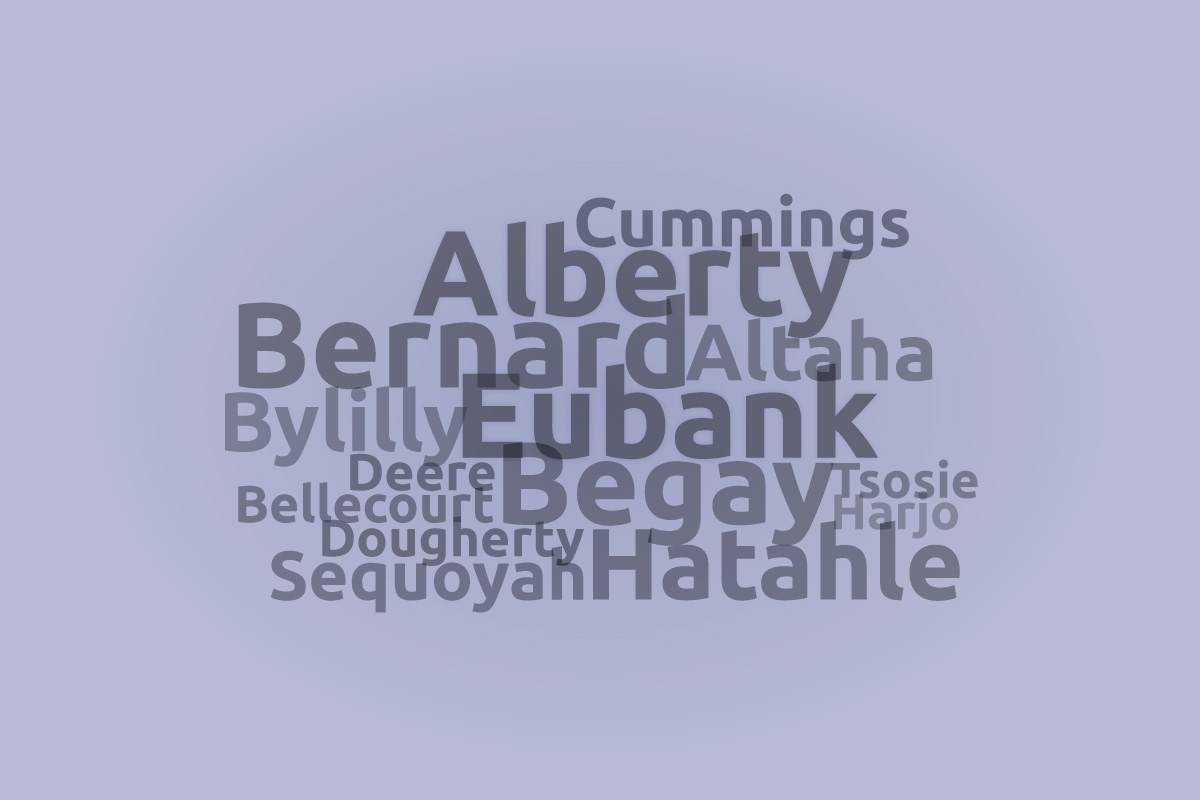 Native Americans were the indigenous people who inhabited the Americas long before Europeans set foot on North or South American soil. American Indians consisted of hundreds of tribes and communities, often peacefully interacting to trade, marry, and share resources.

Today many people lump all Native American names together or may only be aware of a few tribes or nations; however, there used to be hundreds of clans, each with its own language, traditions, religions, and culture.

When English and other European individuals began to conquer and settle the Americas, some individuals adopted western surnames while others used last names indicative of their tribe.

It can be challenging to find the meaning of some Native American last names. Unfortunately, many American Indian languages and much of their culture have disappeared through conquering, re-settlement, and Anglicization. However, we have compiled a list of some of the most common last names amongst American Indians today and their meanings.

The Cherokee People are indigenous to the Southeast woodlands of what is now the United States, primarily in North Carolina, South Caroline, Georgia, and Alabama.

The Apache originally resided in what is now the South Western United States. The Apache consists of several groups, including the Chiricahua, Jicarilla, Lipan, Mescalero, Mimbreño, Ndendahe, Salinero, Plains, and Western Apache clans.

Currently, most Navajo live in areas of Arizona, New Mexico, and Utah. Their native language is Navajo, but many also speak English and Spanish.

The Sioux consist of several tribes, predominately the Lakota, Dakota, and Nakota. The Sioux were known for being skilled warriors.

The Europeans began inhabiting North America in the 16th century, often interacting with Native American tribes along the North and Southern east coasts. As a result, when some American Indians began adopting westernized surnames, they chose or were assigned Hispanic, English-based, or Anglicized family names.