Stefanie Miller
Discover the most common names in India, and learn the meaning of popular Indian boy names and Indian girl names. 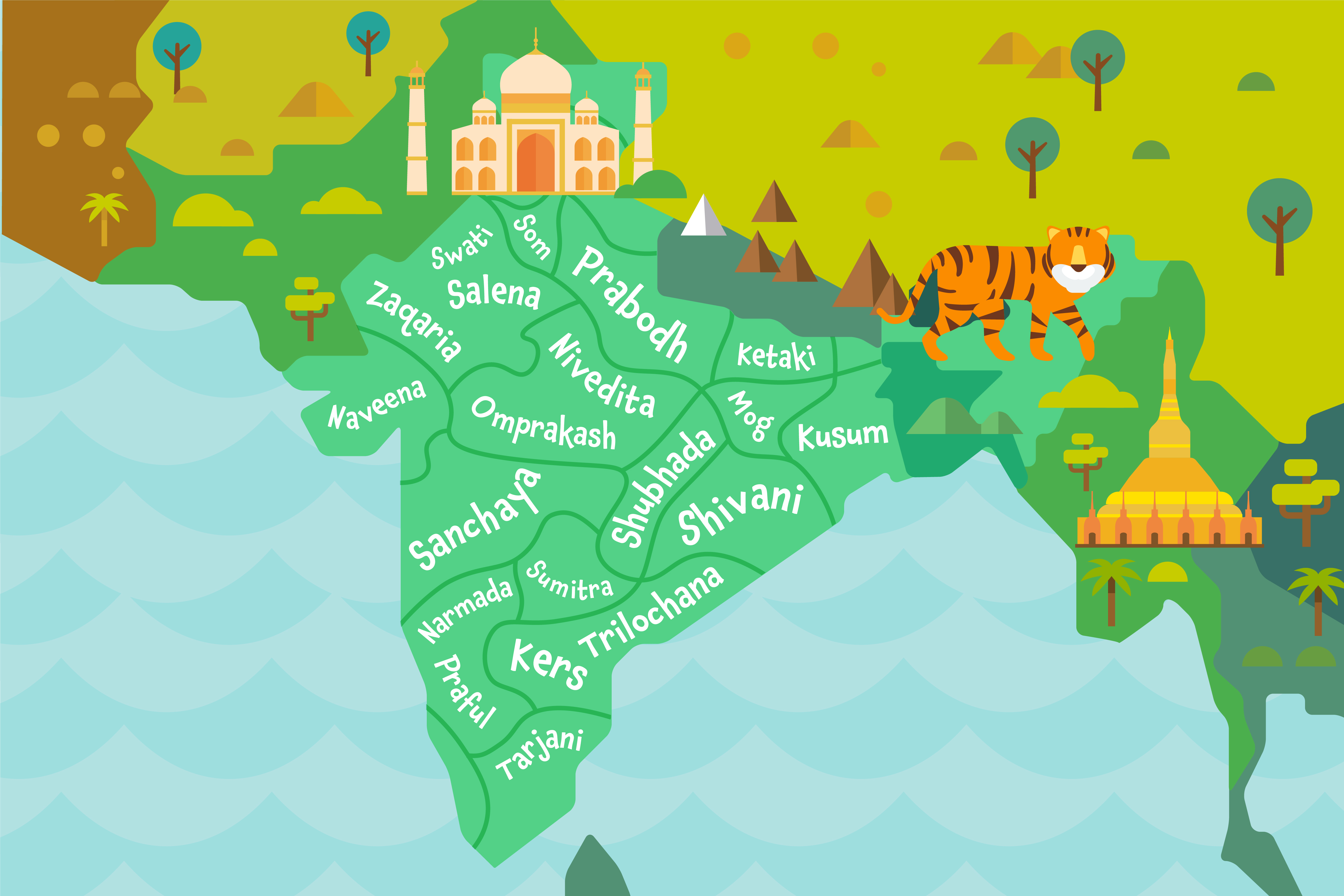 India is full of different religions and diverse people. Their official language is Hindi and almost half the population speaks it. So if your last name is Hindi, there’s a good chance that you have Indian roots. Below we will talk about the background of Indian names as well as naming traditions so you can learn a little bit more about your ancestry.

The History of Indian Names

India is a melting pot of cultures with so many different people living there, along with different religions. You’ll see everything from Punjabi to Bengali and Hinduism to Buddhism. Though, a common factor is that many given names are Hindu names and come from Sanskrit. Sanskrit is an ancient language and names in that language are typically based on a specific Sanskrit word.

Indian customs play a large part when choosing a name for a new baby. Indian people rely heavily on naming conventions and religion, which varies depending on which region of India you are from. Many baby names are chosen based on their meaning. Indians want their children’s names to have a deeper meaning. Some are named after Gods and Goddesses while others are named based on what their parents want them to become. You can even see horoscopes and astrology influence naming in India.