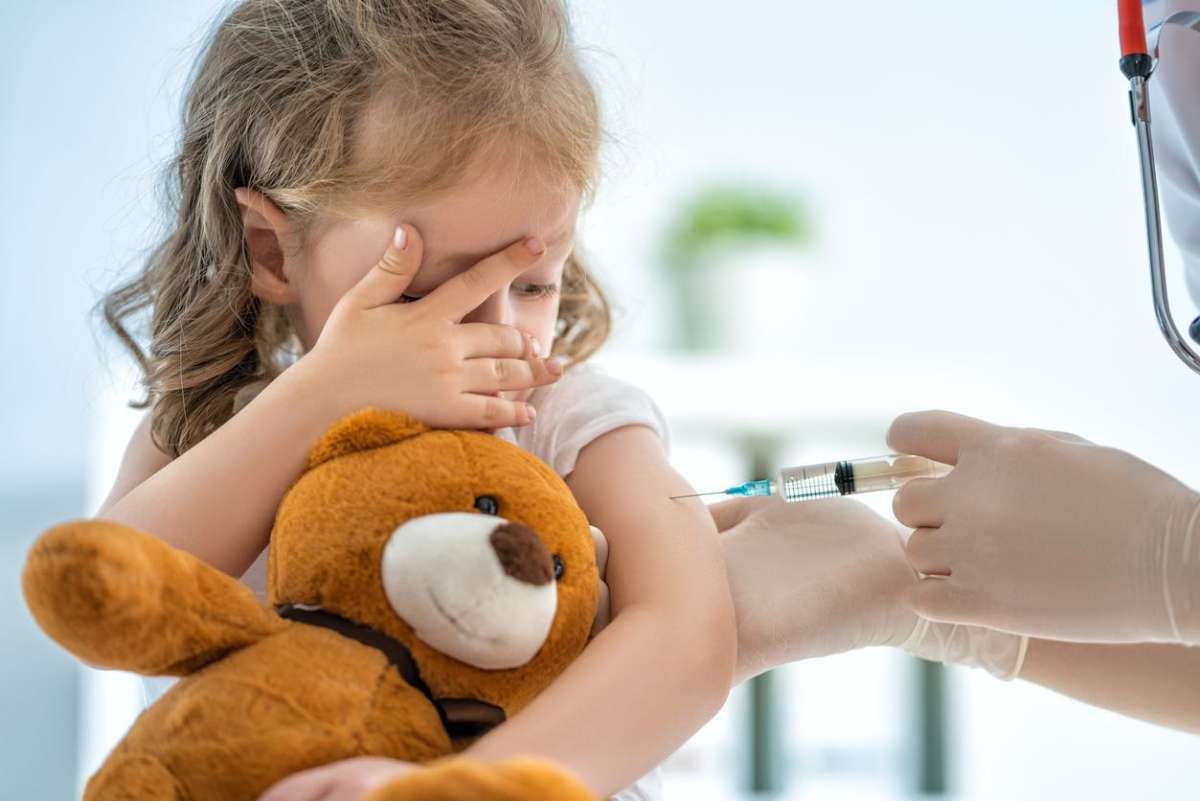 Why Is Polio Spreading Across the World?

Polio is spreading across the UK, US and Israel. It's more vital than ever that your little one gets vaccinated.
Jess Faraday

The seriousness of COVID-19 and Monkeypox are now more under control thanks to the vaccination rollout. But just when a lot of us thought we could relax, it looks like a serious infectious disease from the past may be making a comeback: Polio.

Though Polio isn’t at pandemic levels, new cases that have arisen in previously polio-free countries have some global health authorities concerned.

So, what is Polio? Who is most at risk, and how can we protect ourselves?

Poliomyelitis is a disease caused by the poliovirus. Currently, there is one active type of wild poliovirus (WPV), and three types of circulating vaccine-derived poliovirus (cVDPV) in the world.

In 99% of cases, the infection is mild and doesn’t affect the central nervous system. However, in the one percent of cases where the virus does affect the CNS, patients can develop severe symptoms, including paralysis, and even death.

Up to half of all infected people will also suffer from Post-Polio Syndrome, a progressive degenerative condition, which can manifest between 15 and 40 years post infection.

How Does Polio Spread?

Poliomyelitis is spread primarily through fecal-oral or oral-oral contact (ie; through saliva). The main sources of infection arise from food or water contaminated by wastewater, though it can easily spread from person to person.

It’s a seasonal infection, with peak transmission in summer and autumn. In more temperate areas, however, this distinction is less prominent.

Polio is highly contagious, and in areas like Pakistan and Afghanistan, where it’s endemic, wild polioviruses may affect an entire population.

What Are the Symptoms of Polio?

The word ‘Polio’ can conjure up some pretty frightening mental images, but approximately 70% of Polio cases are asymptomatic.

Most symptomatic cases include mild symptoms, such as a sore throat, headache, stiff neck, fever, vomiting, and paresthesia (an abnormal sensation on the skin).

Severe cases may result in paralysis, muscle wasting, joint deformities, and death. Adults who suffered Polio as children may also experience deformities and growth problems due to muscle wasting during the initial infection.

How Many People Are Paralyzed by Polio Each Year?

The World Health Organization reports that 1 in 200 people infected with the poliovirus—that’s 0.5% of all cases—will suffer irreversible paralysis. 5-10%of those paralyzed will die due to paralysis of the breathing muscles.

Who is at Risk?

Poliomyelitis mainly affects children under five years of age, but anyone who is unvaccinated can contract the disease. That’s why it’s essential to follow the vaccination advice for Polio in your specific area or region - it will not only protect your toddler - you’ll also be doing your part to protect those around you.

Didn't We Eradicate Polio a Long Time Ago?

The Polio epidemics and pandemics of the early twentieth century galvanized scientists and governments to strive for eradication. And eradication efforts have been met with a lot of success. But the fight isn’t over.

According to the Global Polio Eradication Initiative (GPEI), two of the three types of wild poliovirus have been eradicated. The WHO reports that between 1988 and 2021, cases of all types of Polio have decreased by 99 percent.

That’s great news, but Type 1 Poliovirus is still with us, along with three types of vaccine-derived poliovirus, and recent cases have public health officials worried.

Where Are the Recent Cases?

The most recent polio outbreaks have cropped up in the following places:

This is worrying, as all three countries had previously been declared polio-free.

So, how can there be cases of Polio there?

It’s thought that the infection was imported, and then spread through communities with low vaccination rates. Wastewater samples in all three countries show that the virus is still circulating there.

The World Health Organization has also documented recent outbreaks in Africa, the Americas, Europe, and the Eastern Mediterranean, regardless of those areas previous polo-free status.

Which Countries are Polio Free?

According to the CDC, the following regions are certified free of wild poliovirus:

Wild poliovirus is found natively only in Pakistan and Afghanistan, where it’s endemic.

However, vaccine-derived polioviruses occur in numerous places around the world.

What is the Polio Vaccine?

There are two types of Polio vaccine: Oral Polio Vaccine (OPV), which is administered as drops in the mouth, and Intravenous Polio Vaccine (IPV), which comes as an injection. OPV is a live virus that is attenuated (weakened). IPV is an inactivated polio vaccine.

Both can confer lifelong protection from Poliomyelitis.

The inactivated vaccine is the only one used by healthcare providers in the United States at present.

Wait... does the vaccine cause polio?

The name “vaccine-derived poliovirus” sounds frightening, and certainly seems to suggest that the vaccine is at fault, but it’s not the case.

Here’s how it works.

Many places that administer the vaccination use the Oral Polio Vaccine (OPV), which is a live virus vaccine.

The live OPV vaccine provides greater immunity than the inactivated virus vaccine. However, people vaccinated with OPV excrete small amounts of the weakened virus in their feces.

In places with low quality sanitation, the virus spreads throughout the community in tiny amounts. This is actually helpful, as it strengthens the immunity of vaccinated people.

However, when large swathes of a community are unvaccinated, the virus not only infects people, but can mutate. This mutated virus can then spread and infect others. This is the case in parts of Africa, including Nigeria and Mozambique, which have low vaccine coverage.

This video illustrates how c-VDPVs happen.

To sum it up: the oral polio vaccine strengthens immunity in a population where most people are vaccinated. However, if most people are not vaccinated, the virus can mutate and spread as a vaccine-derived poliovirus.

Who Should Get the Polio Vaccine?

Polio immunization is typically administered in early childhood. The U.S. Centers for Disease Control and Prevention (CDC) recommend that children receive four doses of the inactivated polio vaccine between the ages of two months and six years. The age at which administration is recommended can vary from country to country.

Adults who were not vaccinated as children can also be protected by getting the vaccination as an adult.

Do I need a booster?

Generally speaking, no. Most people do not need a booster at this time.

However, fully-vaccinated adults may consider getting a booster under the following circumstances:

If you’re wondering whether or not you need the booster, check with your local healthcare provider.

How Can I Protect My Family From Polio?

Immunization is the best protection for both individuals and communities.

A vaccination campaign starting in the 1950s saw Polio eliminated in the United States by 1979. However, transmission of imported poliovirus in communities with low vaccination rates resulted in the New York State governor declaring a disaster in July 2022.

The science is clear. Immunization saves lives and stops the spread of Polio. Low vaccine coverage results in outbreaks and spread.

Have you and your family been vaccinated against Polio? If not, talk to your healthcare provider about the latest immunizations. Your health is in your hands.