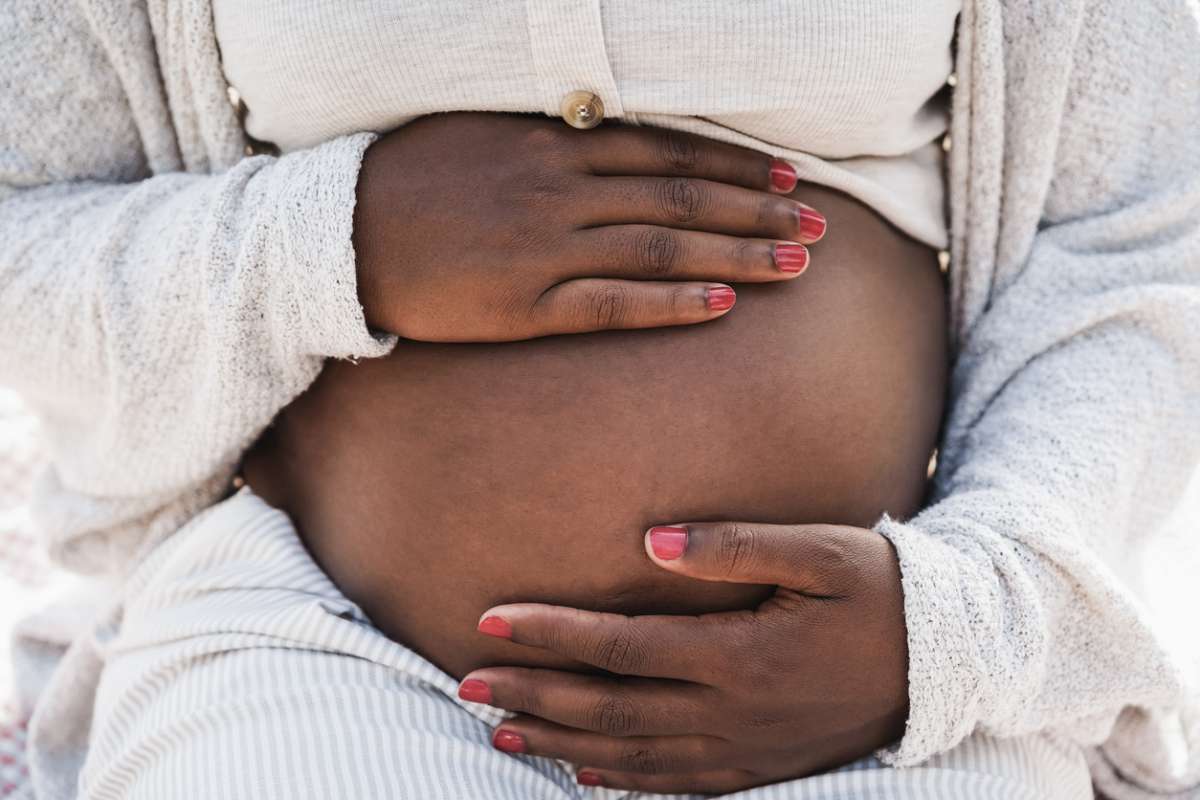 A recent study finds that Black infants born through assisted reproductive technology are at a higher risk of death than white infants.
by: Dr. Chelsea Hetherington & Elisa Cinelli
Table of contents

We know that Black women in the United States are at an increased risk of complications during childbirth. Higher rates of maternal mortality among Black mothers are often assumed to be a socioeconomic issue. However, a new study finds that we need to dig deeper to explain racial disparities in childbirth outcomes.

The study found that Black babies conceived through assisted reproduction were more likely to die soon after birth than their white counterparts.

The Need for Fertility Treatments

Infertility is defined by the Centers for Disease Control and Prevention (CDC) as the inability to conceive after one year of having unprotected sex, or for women age 35 and up, six months of unprotected sex.

Infertility can be caused by a number of different things, including polycystic ovarian syndrome (PCOS), endometriosis, problems with the uterus’s shape or blockages along the Fallopian tubes, or low sperm count. LGBTQ couples also often seek out assisted fertility.

Some studies have found that married Black and Latina women are more likely to be infertile than white women.

Some of the most common infertility treatments include timed intercourse with medication and intrauterine insemination (IUI).

In some cases, the best course of action is to combine the sperm and egg outside of the body. These interventions fall under the umbrella of assisted reproductive technology, the most common of which is In-Vitro Fertilization (IVF).

IVF begins by administering a combination of injectable medications to stimulate the ovaries to grow as many eggs as possible, instead of just one as they normally would. After careful monitoring, the eggs are retrieved through a minor surgical procedure and mixed with sperm supplied by the partner or a donor.

Unfortunately, IVF is very expensive, with many couples spending about $30,000 on procedures, medications, and associated testing. Insurance coverage often does not include IVF, so most people have to pay these costs out of pocket. High costs put ART out of reach for the majority of Americans.

When it comes to race, studies suggest that Black women are much more likely than white women to experience infertility – one study even found that Black women were twice as likely to report difficulties conceiving.

Why might this be the case? Black women face a number of barriers to accessing and having success with fertility treatments, including:

The study was led by Dr. Sarka Lisonkova and conducted at the University of British Columbia and the Children's and Women's Health Center in Vancouver, Canada.

The researchers looked at over 7.5 million US births between 2016 and 2016, over 93,000 of which used assisted reproductive technology. They compared infant mortality rates among different groups. The data showed that Black infants were doubly as likely as white infants to die soon after birth when the babies were conceived naturally.

Dr. Lisonkova and her team then looked at the same comparison, but with babies who were born using reproductive technology, such as in-vitro fertilization. They predicted that the inequities would be smaller in this group, “just based on the fact that the socioeconomic disparities wouldn’t be that large,” Dr. Lisonkova said.

CNN reported saying, “Certain socioeconomic disparities – such as not having equitable access to infant care or not having health insurance – can drive higher rates of neonatal death. But since fertility treatments can be expensive, Lisonkova assumed there would not be large socioeconomic differences among the women undergoing the treatment and, as a result, no large differences in infant mortality outcomes.”

Instead, Lisonkova and her team were pretty surprised to find that Black infants had an even higher risk of death when they were conceived through assisted reproduction. Black mothers were not two, but four times as likely to lose their babies in this case.

Hispanic and Asian mothers also had higher rates of infant death than white mothers when using fertility assistance, but the disparity in death rates was highest among Black mothers.

Previous research has found that Black women are also less likely than white women to have a baby when undergoing IVF.

Why Is This the Case?

Dr. Lisonkova’s new research tells us that Black babies are four times as likely than white babies to die as newborns when the babies have been conceived using assisted reproductive technology.

When the babies are conceived naturally, Black babies are still two times as likely to die as newborns than white babies.

If racial disparities could simply be explained by the fact that Black mothers are more likely to face poverty, then we would see a smaller gap between the races when mothers used ART. Instead, the study has proved that there are still socioeconomic disparities, even in groups of women who are more affluent and can afford assisted reproductive technology treatments.

It is clear that more research needs to be done so that we can continue to fight against structural racism, and Dr. Lisonkova stresses that there is no reason for non-white couples to avoid ART when trying to conceive. Instead, she suggests self-advocating to ensure that your healthcare provider is monitoring you frequently. She advises couples to listen to their instincts and speak out if anything does not feel right.