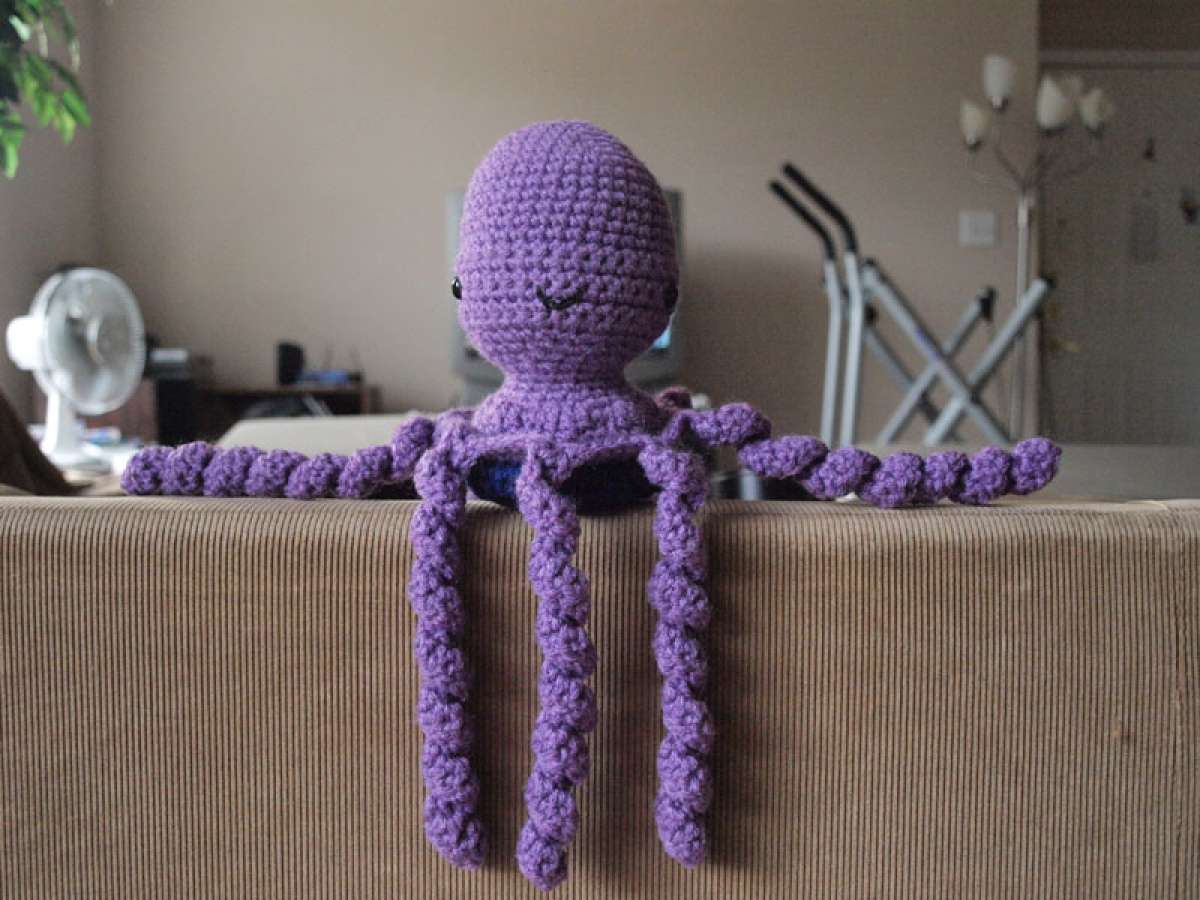 Earlier this year, CNN.com and Martha Stewart online released information about special and heartwarming ways volunteers in Denmark and the UK are assisting preemie babies—by knitting them a toy octopus.

In a CNN report, officials at Poole Hospital in England said, "These cuddly toys are used as a form of therapy to help comfort and calm preemie babies." When a cuddly, crocheted octopus was placed inside the incubator with the preemie, "some babies in the NICU experienced better breathing and more regular heartbeats, leading to higher levels of oxygen in their blood."

However, here in the United States, can crocheted octopi really comfort preemie babies? We asked a neonatalogist (a pediatrician who specializes in preemie care) for her expertise.

"I'm intrigued," says Dr. Jennifer Kurtz, Attending Neonatologist at Cohen Children's Medical Center of New York. "We are always trying to 'mimic the womb' for our premature infants, and anything that helps improve outcomes and give comfort to our infants in our field is something we always will investigate further."

However, that being said, Dr. Kurtz is slightly skeptical about the use of crocheted octopi in the NICU. "That's simply because the first thing that comes to mind was infection. These octopi are being crocheted by (lovely!) volunteers in their homes, and I can't help but wonder how to avoid that risk of transmitting germs to the preemies."

Additionally, Dr. Kurtz believes "more research needs to be done" to reach a definite conclusion that the octopi are helpful. While this practice may be common in the UK and Denmark, according to Dr. Kurtz, it's not a popular here in the United States.

"In NICU's in the U.S., we really worry about passing infection. We place any (small) stuffed animals, family photos, and so on, in plastic bags out of the infant's reach to avoid passing germs to our babies."

"As far as I can tell, there seems to be benefits for both the infants and their parents," she says. "For the infants, they have the comfort of the tentacles, which supposedly mimic the feel of the umbilical cord, and make the infant feel as if he or she is still in the womb."

But do note, says Dr. Kurtz, research showed an improvement in vital signs, including heart rate and oxygen level in some (emphasis on: some!) infants who received octopi.

Overall, for parents, knowing their infant is comforted is a comfort to them. Adds Dr. Kurtz: "The NICU is a tense place, and seeing their own preemie 'relax' can be a huge stress relief to the parents."

How you can help

The best thing to do if you'd like to help a NICU preemie in the U.S. is first ask about the hospital's rules about gift-giving. Some NICU's in the states may OK a crocheted toy, but it really depends on the individual hospital and its protocol. If your local NICU gives the OK, Martha Stewart's website does provide a crochet octopus pattern.

"We do allow volunteers to knit caps for the preemies, but they follow strict guidelines for cleanliness," says Dr. Kurtz of her own hospital's rules. "I can very much see that if hospitals in the U.S. decide to implement the octopi, they would have volunteers also follow a similar guideline. So, it could potentially happen!"

In the meantime, she recommends that small stuffed animals be kept at home until the infant is discharged. "However," adds Dr. Kurtz, "there are some families who feel comfort from these objects (it makes them feel their infant has a little 'friend', it helps that envision a life outside the NICU with toys, etc.), so for them, we just make sure to keep them in a little bag out of reach of the infant."

Rachel Sokol is a NYC-based parent and professional writer. She specializes in special-needs subjects, and draws experiences from her own life to inspire articles - especially the joys and not-so-joys of motherhood!