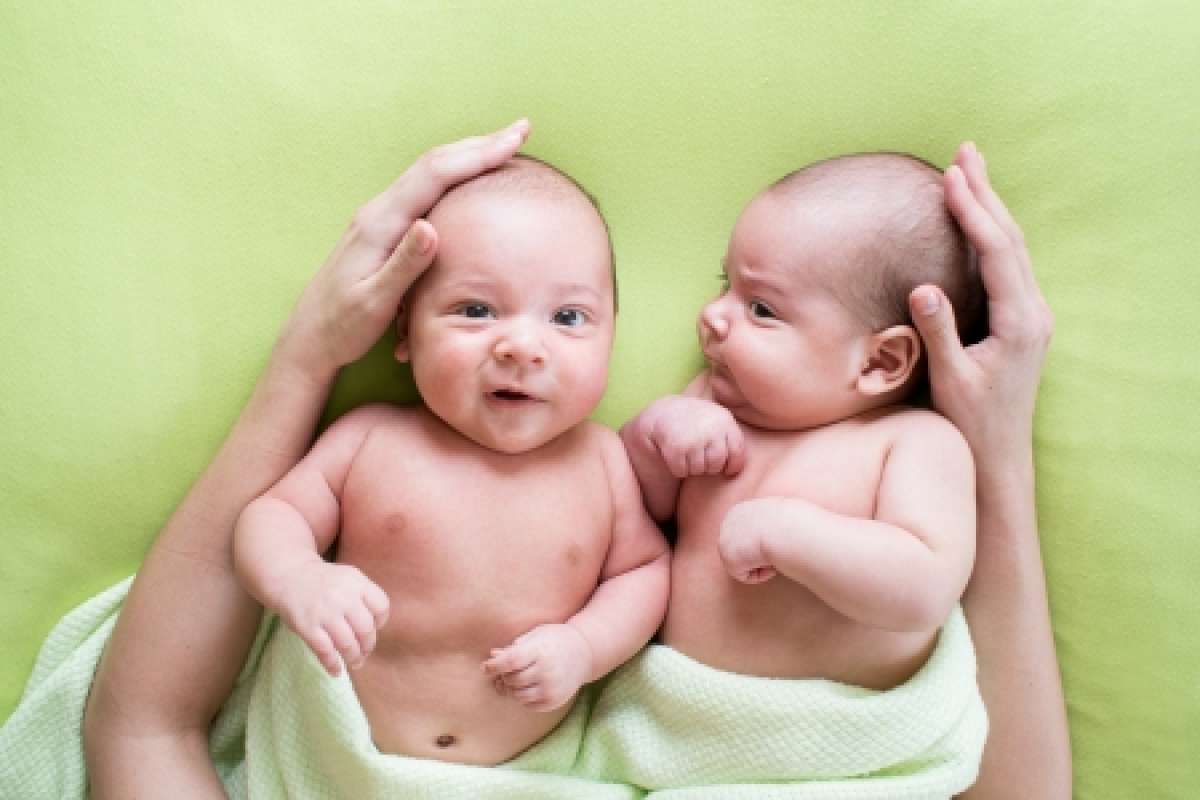 Many people wrongly assume that breastfeeding twins, triplets, or more is impossible. Not only is it possible, but it can be a very rewarding experience for the entire family. You might be surprised by how many mothers exclusively breastfeed their twins and, with higher order multiples becoming more commonplace, even mothers with triplets or more have great success with nursing their babies.

The Benefits of Breastfeeding

The numerous benefits of breastfeeding are undeniable. For multiples, who are often at a developmental disadvantage due to low birth weight or prematurity, being breastfed can give them a wonderful boost. Consider the following benefits:

Breastfeeding also benefits the mother in several ways. For example:

Regardless of the final outcome, your initial attempts to nurse in the first few days after birth are extremely beneficial to your babies. Before your milk actually comes up, your body produces colostrum, sometimes called "liquid gold" because of its highly concentrated nutrients and antibodies. It helps develop the babies' gastrointestinal systems.

Finally, breastfeeding brings several benefits to the family group as a whole. First and foremost, it's free! Breastfeeding can represent a substantial savings for families with multiples. A researcher at Georgetown University Medical Center estimated that families who formula feed spend approximately $400 per month for supplies and equipment. That estimate only covers one baby; double it or triple it, and the costs skyrocket. La Leche League International estimates that breastfeeding offers families with twins an approximate savings of $1,200 and 300 hours in the first year alone!

Can my body produce enough milk for both babies?
Breastfeeding works on a supply and demand system. The more you breastfeed, the more milk your body will produce. Nursing often and allowing the babies to empty both breasts will help you establish an ample supply of milk.

In addition, breast milk is readily available. There's no mixing or reheating. It doesn't require a midnight dash to the all-night market for refills when you run out. It doesn't have to be shaken or stirred. You don't have to wash and sterilize dozens of bottles, nipples, and accessories. And it's always the perfect temperature for your babies.

Your breast milk is clearly the most desirable food source for your babies. However, breastfeeding is tremendously demanding on a mother of multiples, both physically and emotionally. It will be your primary activity during the first few months of their lives, requiring most of your time and consuming nearly all of your energy. To breastfeed exclusively requires determination, commitment, and a strong support system. Realistically, it is not the right option for every mother.

When breastfeeding twins, the first question to address is: together or separately? Since most mothers have two breasts, it is often convenient to nurse both babies simultaneously. It saves a great deal of time, but can be a tricky maneuver. The process of getting two babies on and off the breast sometimes requires an extra set of hands. In the beginning, you'll probably want some assistance in getting the babies arranged for nursing. A lactation consultant or maternity nurse can help while you're still in the hospital; once you are at home with the babies, enlist the help of your partner (or someone you're comfortable exposing your breasts to).

For infant twins, the football hold works well, especially for mothers who have delivered via cesarean section. This position keeps the bulk of the babies away from the tender incision site. As the twins get bigger, the parallel, or "spoons," hold is convenient, while the criss-cross and front V positions are ideal for older babies who don't require as much head support. A good supply of pillows will support the babies so that you can use your hands elsewhere.

Once the babies are in position near your breasts, it's time for them to latch on. One at a time, brush the babies' lips with your nipple to provoke them to open their mouths wide. As soon as there is an opening, quickly bring the baby to your breast. The babies should take the entire areola into their mouths, not just the nipple tip. Their lips should be turned out and their noses should be touching the breast. (Don't worry, they can still breathe!)

The frequency and duration of breastfeeding may vary, but most full-term newborns need to nurse ten to twelve times a day during the first few weeks. If you're feeding your babies simultaneously, it helps to keep them on the same schedule. If one baby is ready to nurse, put the other on the breast at the same time, even if you have to wake him up. Some experts decry the notion of ever waking a sleeping baby, but they probably didn't have multiples!