by: Steven Auger
Everyone knows pregnancy is all about the mother. Here are some tips so that dads know what to expect.
Table of contents

For some time, it's been just you and your wife. Free to come and go as you please. Spur of the moment long weekends, coast-hopping vacations, and even sleeping in on weekends are all going to take a back seat to the little bundle of love that the stork has targeted for delivery. So as you and your wife go back and forth on choosing a name, here are some tips for expecting dads from someone with two boys under age three.

When it comes to pregnancy, men have it easy. You're Goose to your wife's Maverick. In other words, she's flying the plane so get out of her way but be ready to help her at the drop of a hat. Seriously though, the pregnancy process can be both a physical and mental challenge for your wife. Her body is creating a human life; no small feat. Help her out by making life easier for her. Pick up the slack on chores around the house or give her foot rubs when her puppies are hurting. Simply put, one of your jobs is to ease her daily burden. 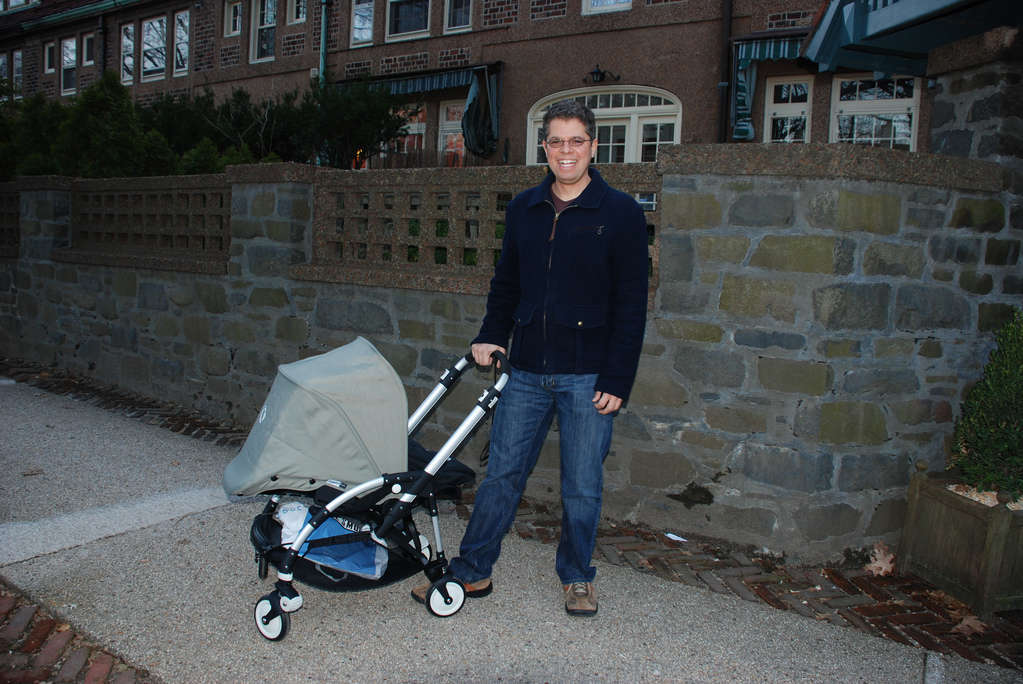 Dad and baby out for a walk

You and your wife, that is. You're in this together for the long haul, but, don't underestimate how trying having a newborn around the home will be. You're both going to be sleep deprived, and, at times, very frustrated. The key is to work together as opposed to taking out your frustrations on each other. A lot easier said than done at 2:30 AM.

Your baby's appearance will seemingly change overnight. It's very easy to capture those moments on a daily basis given that most people have camera phones. The first couple of years really will seem to go by in the blink of an eye so you'll want to have plenty of pictures for sure.

One of the popular misconceptions about fatherhood is dealing with soiled diapers. Really, it's not a big deal. It takes a bit of getting used to but that's mostly because your baby feels so delicate. Once you've changed a handful of diapers, it's like second nature. Now, that doesn't mean you aren't in for an unexpected surprise mid-change. That WILL happen. And probably multiple times. 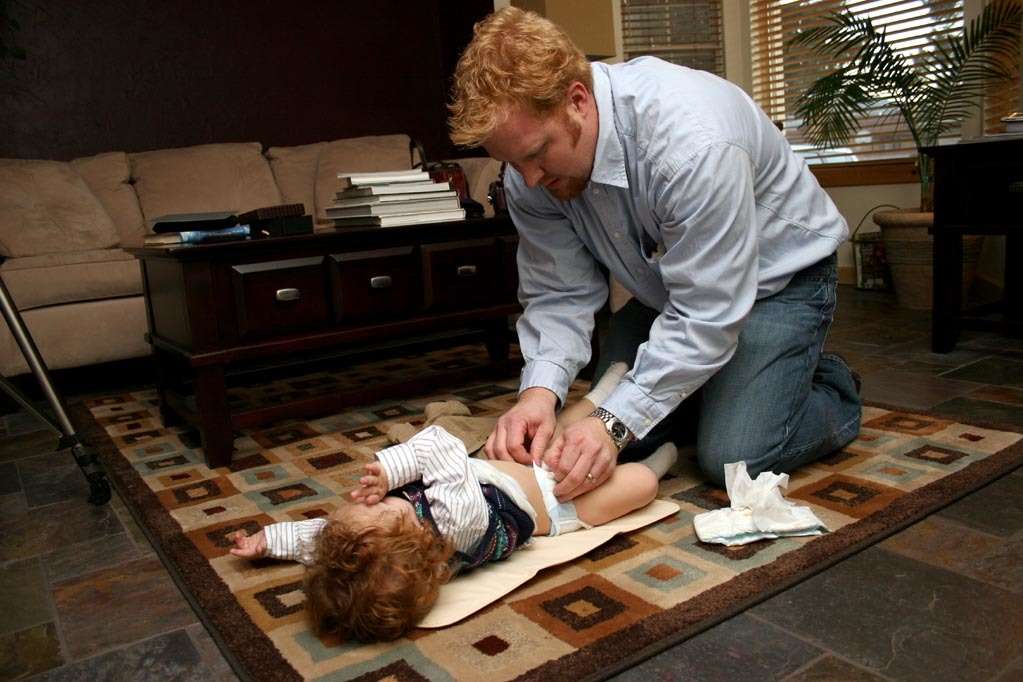 And since we're on the subject of diapers, let's take a moment to address the Big Four; pee, poop, puke, and snots. Accept the fact that at some point you're going to be wearing each of these and possibly more than one at once. Again, it's really not a big deal.

Connecting with Your Kiddo

Don't be surprised if initially you have a hard time connecting with your baby. Moms can instantly bond with their babies given that they carried them to term, and, perhaps they're nursing as well. But to some dads, a baby is just someone who sleeps, eats, cries and poops. Wash, rinse, repeat. And since dad is probably back to work after a few days home, taking care of the baby can be a grind. Be patient. As your baby grows and becomes more aware, the two of you will bond. It just might not happen right away. 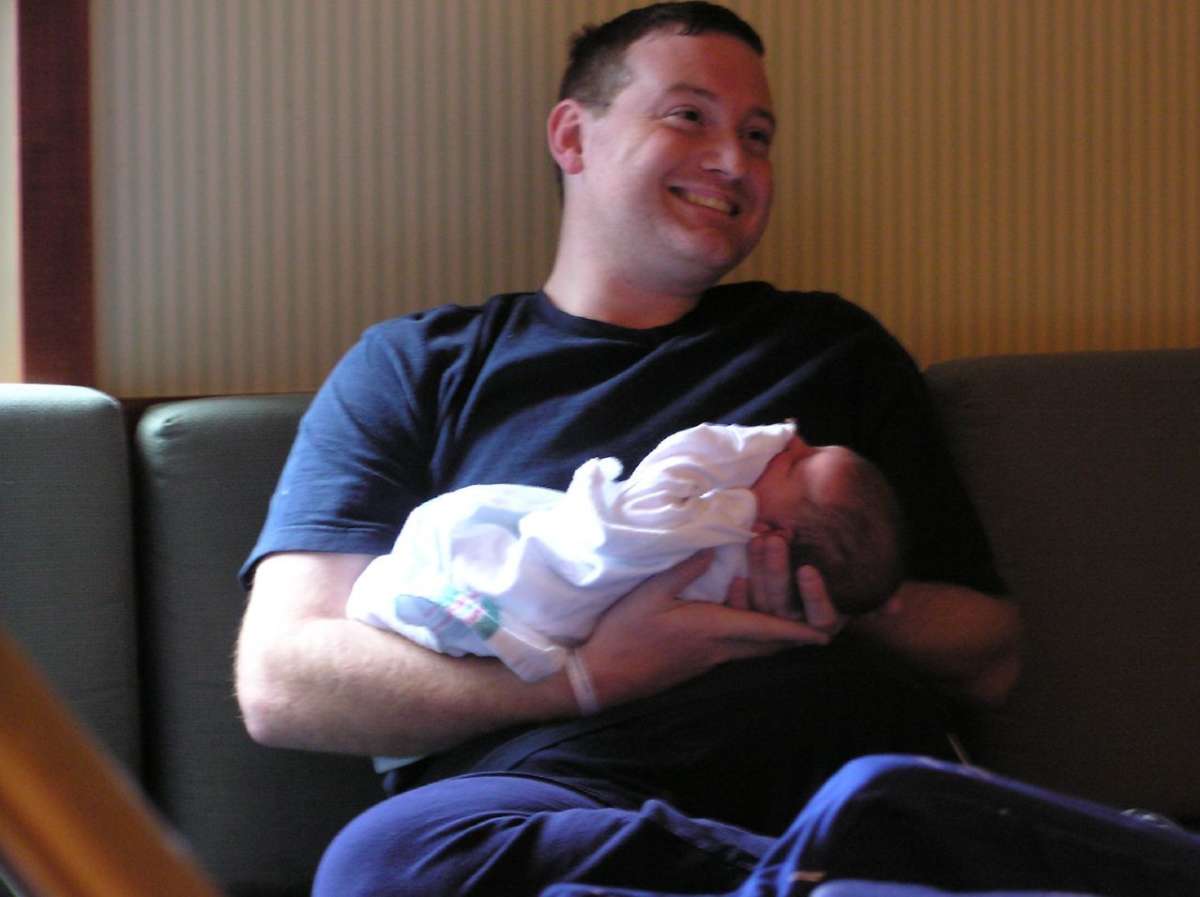 A happy father holding his newborn

Get ready for it. You and your wife will make plenty of mistakes. Some because you're new parents and some simply because there's no right way to parent. A few of those mistakes will probably leave your child in tears. Try not to beat yourself up but get ready for the guilt. It doesn't go away.

When the time comes to go to the hospital, this is when you must shine. The thing is, waiting for Go Time can be excruciatingly nerve wracking. You could wind up driving to the hospital in a snow storm or have her wake you at midnight because her water just broke. You need to be thinking clearly in case she isn't. Once you arrive, focus on making her comfortable and helping her through labor.

The reward for all of this is a love you've never felt that lasts a lifetime. Enjoy all the little moments; the cuddles, the stroller walks, the naps on top of you. His first steps, his first words, and the bliss and innocence of a toddler.

As the due date draws near and you're busy digesting tips for expecting dads, don't forget to focus on your wife as she's the one dealing with the side effects of pregnancy.