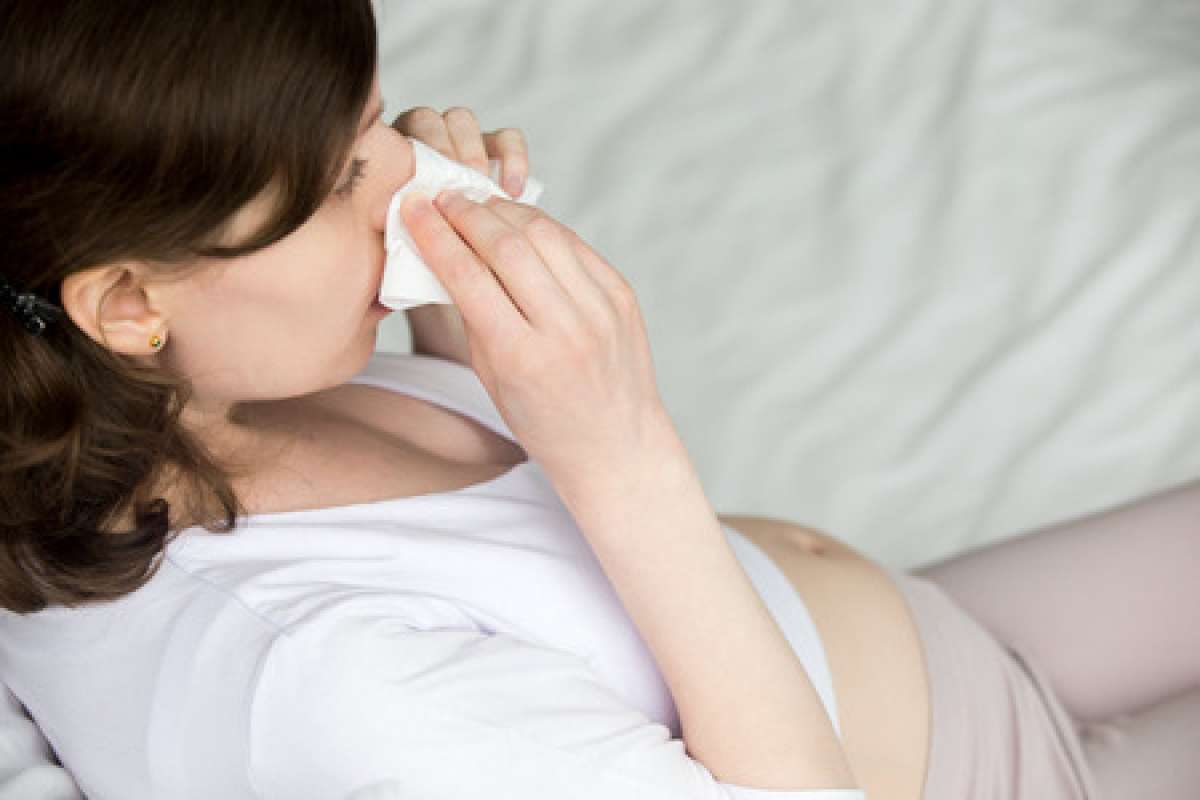 The urine leakage that occurs during pregnancy with coughing, laughing, and bouncing is called urinary stress incontinence. Don't be alarmed or surprised if this continues after pregnancy. It might take your body nine months to recover its normal bladder control after delivery. Be patient with yourself!

Cystitis is the term used for a bladder infection. Bacterium stick to the bladder wall causing painful urination, bloody urine, and occasionally fever. It can also cause lower-back pain and premature labor.

Have you noticed that you're spending more time in the bathroom lately? The need to urinate more often than usual is another common reminder of your pregnancy at about six weeks after conception. This happens because your very little baby is starting to grow inside the uterus, which during early pregnancy sits right on your bladder. This growth pushes against the bladder. Pressure on the bladder is often relieved when the uterus rises into the abdominal cavity around the fourth month. It might return when the baby "drops" back down into the pelvis in the ninth month. The kidneys also add to the problem by working overtime to flush out waste products from the blood at a faster-than-normal pace.

You might find this problem especially annoying during exercise, when urine might leak out as you bounce up and down. There are two things you can do: (1) always wear a sanitary pad, and (2) add a new exercise to your list: Kegel whenever you can. The kegel exercise is every pregnant woman's secret. It's the way you keep the muscles around your vagina and anus strong and flexible.

Some previously sound sleepers find that their bladders are now calling for relief several times each night. You can reduce some of this annoyance by limiting your fluid intake after 7 P.M. Then consider the night awakenings good practice for all those night calls you'll be answering when the baby arrives.

If you notice a stinging, burning feeling when you urinate, this usually means you have developed an infection called cystitis. If left untreated, cystitis rapidly becomes very uncomfortable, more difficult to treat, and can lead to a kidney infection. Tell your doctor right away; she will probably prescribe antibiotics and advise you to drink plenty of liquids. Juices such as cranberry, orange, lemon, or grapefruit are especially good for this condition.

To prevent cystitis, wear cotton, rather than synthetic, briefs. Also, if you wear pantyhose, buy the kind that has a cotton panel in the crotch.

Many pregnant women complain of a head cold that just won't quit during their pregnancy. Actually, they don't have a cold (something caused by germs, that runs it course, and goes away); they have nasal congestion caused by the high levels of reproductive hormones that increase blood flow to the mucous membranes of the nose, causing them to soften and swell.

Sometimes this stuffiness is accompanied by nosebleeds. This is all perfectly normal and nothing to worry about. It is not dangerous, only annoying. If you do have this problem, you can expect it to last throughout the pregnancy.

When treating congestion during pregnancy, stay away from over-the-counter medications and nasal sprays (unless directed by your physician). Saline nose drops (which are a simple combination of purified water and salt) work well, and you might use a humidifier if the air is very dry (often caused by heating systems that blow hot, dry air into the house).

If nosebleeds are a problem for you, ask your doctor if you might try an extra 250 milligrams of vitamin C to help strengthen the capillaries and reduce the chance of bleeding.

A word to the wise: Do not take your partner's mood swings too seriously. Remember that they are fueled by rampant hormones that push her emotions to the edge.

Pregnancy is known to bring about the most wonderful, elated, joyous feelings known on Earth. It is also known to turn a kind, mild-mannered woman into a raging bull. So don't be surprised if you find yourself saying, "I'm not usually like this." You might find yourself feeling irritable for no reason. You might be watching a television commercial one minute and find yourself sobbing into your pillow the next. It would not be unheard of if you picked arguments with your partner that are completely irrational and baseless. But hey, you're a pregnant woman and entitled to bouts of moodiness. Now, if you could just get the rest of the world to understand this, you'd have no problem.

When you feel like crying or yelling over the littlest thing, remind yourself that your hormones are giving you a hard time, and that you wouldn't feel this way if you weren't pregnant. Knowing how unpredictable your emotions are right now should keep you from making binding changes in your job status, housing arrangements, or marriage. If you do, it's very possible that you'll look back and wonder, "What was I thinking?"