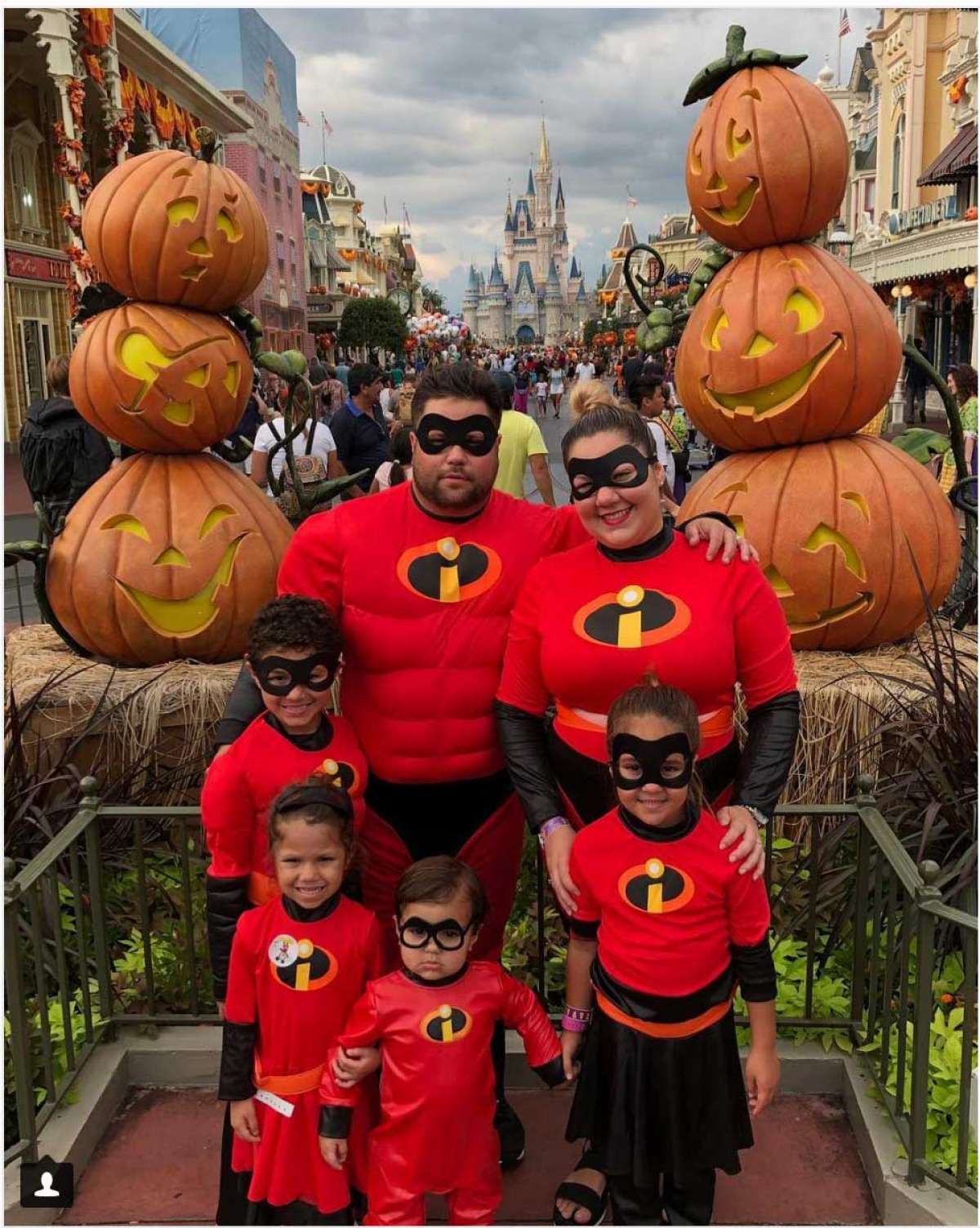 Choosing a Halloween costume is almost as fun as wearing one! It's the perfect way to get creative, express yourself and wow your family and friends. Whether you're looking for a Halloween costume for kids or for the entire family, you can turn to the top movies, news stories and pop culture moments of 2018 for inspiration. Here is a list of Halloween costume ideas that you can expect to go viral in 2018 to spark your family’s own costume creativity!
Charise Rohm Nulsen

Halloween in all of its spooky and dress-up glory can be one of the most exciting times of the year for families! Of course, this thrilling family time often centers around a single question: What should we be for Halloween?

There are so many directions a family can take with a Halloween costume decision. You can each make your own choice or have a family costume theme. You can choose a costume that represents someone you admire in real life or a favorite character from a book or movie.

No matter which route you take, the decision making process can be as fun as the actual costume wearing! Plus, you can learn a lot about your children by listening to their costume ideas and show them a bit of your fun side by wearing a costume that they suggest.

Here is a list of Halloween costume ideas that you can expect to go viral in 2018 to spark your family’s own costume creativity!

Coco was a 2017 Disney Pixar hit that had renewed popularity this year thanks to the slew of free family movie nights that featured this movie throughout 2018. This is a great choice if someone in the family is talented at applying makeup because once you have the eye catching makeup down, you could probably create the rest right from your own closet!

A post shared by Jenielle•LittleGray•LittleSage (@littlegraythread) on Mar 2, 2018 at 5:12pm PST

Black Panther was the superhero of 2018 who captivated the pop culture scene. The Black Panther costumes are plentiful at the Halloween stores, but this also gives you a fun option to involve the whole family. Okoye and Ramonda both provide striking and powerful female options to round out the Black Panther theme for the entire family.

Teen Titans Go! To the Movies was a big hit for kids this summer, and it was based on a TV show that presents an entire cast of colorful characters to choose from. This cast of characters offers a way for parents to get back to the superheroes of their childhoods with options like Batman and Robin, as well as the opportunity to play up lesser known characters with playful and bright costumes like Bumblebee, an assertive and highly skilled heroine.

Unicorns have made a big resurgence this year giving parents who were children of the 80s a chance to relive some of the magic of their own childhoods with their little ones. There are many beautiful variations of unicorn costumes available in stores, but this is also a look that can easily be created at home allowing your children’s fanciest and most whimsical closet items to be on display.

The Addams Family is a classic family costume that is just too good to pass up for a big family theme - and you can’t beat the fact that the costumes can come from your own closets while providing a picture opportunity that you will want to frame for the generations!

This family costume option is so creative and fun for the entire family! As @dherdebird said in his Instagram post, “Dr. Seuss didn’t tell you what happened after the Grinch saved Christmas. He married Martha May, they adopted Cindy Lou Who and lived happily ever after.” The Grinch will be making a big comeback this season with a new movie releasing on November 9th in theaters and with Dr. Seuss’ How the Grinch Stole Christmas! The Musical touring in major cities beginning in November.

Incredibles 2 was a huge hit for Disney Pixar this year, and with the plot of a seemingly regular family of five turning into superheroes, plus costumes for all five characters being promoted in the stores, this is a fun and easy option for families. We all deserve the chance to celebrate our inner superheroes, and dressing as the Incredibles family is a perfect way to do it.

If you’re a Disney fan, you know that the addition of Toy Story Land at Hollywood Studios in Disney World was one of the most anticipated openings in years. Dressing up as Toy Story characters like Buzz Lightyear, Jessie, and Woody provide the entire family with a way to ride that excitement through the Halloween season.

Jojo Siwa is a TV actress and singer, but you probably know her most from her line of oversized hair bows and sparkle-filled clothing that has taken children by storm this year. If you have a young child who loves sparkles and dress-up and looking fancy, then this is a perfect costume option to consider.

Ruth Bader Ginsberg, in all of her 85-year-old strength and wisdom and glory has become a pop culture icon for even the youngest of girls these days. Though we know her as a U.S. Supreme Court Justice, her mainstream status has risen with the release of the RBG documentary this year and the promotion of On the Basis of Sex, which is a feature film about her life hitting the theatres in December. For every little girl who dreams of being called “Your Honor,” this is the costume of the year.

Star Wars character costumes never go out of style, and with the release of Solo in theaters this year, theses costumes are just as hot as ever. It also gives the whole family an option to show off their favorite character while sticking to a single theme.

Moana may be a 2016 Disney movie, but I bet you’re still hearing the movie soundtrack in your head on a regular basis if your family is anything like mine! This is a cute way to have a Disney family theme playing up the characters of Moana, Maui, and even Pua the pig which is a very sweet baby or toddler costume option.

A Wrinkle in Time - Mrs. Whatsit

A Wrinkle in Time is a classic story for the ages, but this year’s feature film version provides families with some truly fantastical characters for costume inspiration. This is a gorgeous option for dressing as Mrs. Whatsit, a character known for her wisdom and the strength of her words.

The Nutcracker is another classic option made new thanks to the upcoming release of the Disney film, The Nutcracker and the Four Realms. This is a family option for all of the little princesses and soldiers in your life.

No matter which costume option you choose, let your children inspire your family’s creativity and bring new joy to your Halloween season!

For more Halloween inspiration, check out our official FamilyEducation Halloween Pinterest board: