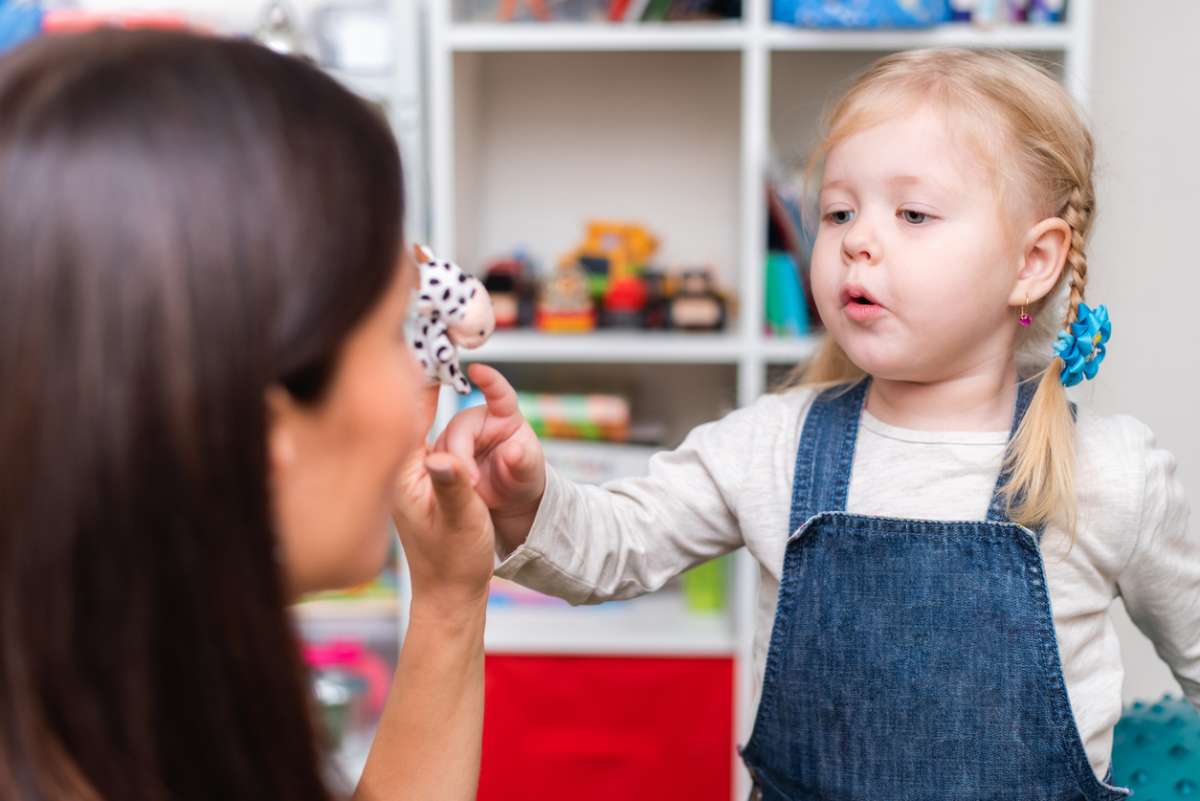 The Complete Guide to Childhood Apraxia of Speech

Persistent impairments in speech skills in young children can be a sign of childhood apraxia of speech.
Dr. Chelsea Hetherington

Childhood apraxia of speech can be a frightening thing to navigate as a parent. For most adults, moving our mouth muscles and exercising our vocal cords in order to articulate and communicate our needs comes easily for us – we don’t even think about it. But for young children, even if they know what they want to say, coordinating the many complex movements required to create speech and clear articulation can be challenging. In this article, we’ve compiled a parent’s guide to apraxia of speech in young children, including signs and symptoms to look out for and how this condition is treated.

What Is Childhood Apraxia of Speech?

While it’s common to struggle somewhat to understand what a young child or toddler is trying to say, sometimes persistent impairments in speech skills are actually a sign of a rare condition called childhood apraxia of speech, a.k.a. developmental apraxia. It’s important to know the signs of apraxia, as it’s a condition that will not go away on its own and requires treatment from a speech-language pathologist.

Apraxia of speech is a communication disorder that interferes with a child’s speech. Childhood apraxia of speech - also known as CAS - is typically present from birth and may have some genetic causes, which we will discuss later. Apraxia of speech can also occur in adults, typically after experiencing a stroke or a traumatic brain injury.

Most experts agree that CAS is a motor speech disorder rather than a cognitive disorder - that is, a child with CAS knows the correct words that they want to produce, but the signals they send from their brain to their facial muscles get jumbled up and produce unintelligible speech.

CAS is also referred to as pediatric apraxia.

What Causes Childhood Apraxia of Speech?

Although researchers have learned a lot about CAS in the last several years, there still isn’t a clear consensus about what causes it. There may be a genetic component to childhood apraxia of speech that runs in families, or it might be a neurological condition where the signals in a child’s brain struggle to send speech movements to the mouth muscles.

Other experts believe that CAS might be related to other developmental conditions a child might have, such as autism, cerebral palsy, epilepsy, or galactosemia.

As mentioned above, experts believe that CAS might have a genetic component: researchers have found that children who have family members with a speech sound disorder, communication disorders, or a learning disability are more likely to have CAS. If one or more of those conditions runs in your family, you might want to be on the lookout for signs that your toddler might have childhood apraxia of speech.

If you have concerns that your toddler might have apraxia of speech, here are some signs to look out for before the age of 3:

As a child gets older, here are some additional signs to pay attention to:

If you recognize one or more of these symptoms in your toddler, it might be a good idea to talk to your child’s pediatrician. CAS is a rare condition, but with early intervention and treatment from professionals such as a speech therapist, it is possible for your child to improve the quality of their speech.

In order to make a diagnosis, an SLP will ask about any family history of learning disorders or communication disorders. They will also test your child’s speech by observing them and will be looking for:

How Is Childhood Apraxia of Speech Treated?

CAS is typically treated through speech therapy with an SLP. Depending on the severity of a child’s condition, they might have sessions with their SLP as frequently as 5 times per week.

Depending on the specific child, it may also be beneficial to explore alternate means of communication that don’t require speaking, such as sign language or an electronic communication device.

Is There a Cure for CAS?

Although there are many treatment options that can help improve your child’s speech, unfortunately, there is no cure for CAS. It’s important to get professional intervention from an expert, such as a speech-language pathologist, in order to improve a child’s speech and intelligibility.

Through consistent speech therapy, many children see vast improvements in their speech production. Long-term outcomes tend to vary a lot depending on the severity of the condition, consistency of treatment, and the individual child. Many children with CAS grow up to communicate effectively.

If your child has been diagnosed with CAS, or if you suspect that they might have CAS, know that you’re not alone. Although this can be a frustrating condition to cope with, there are resources available that can help: