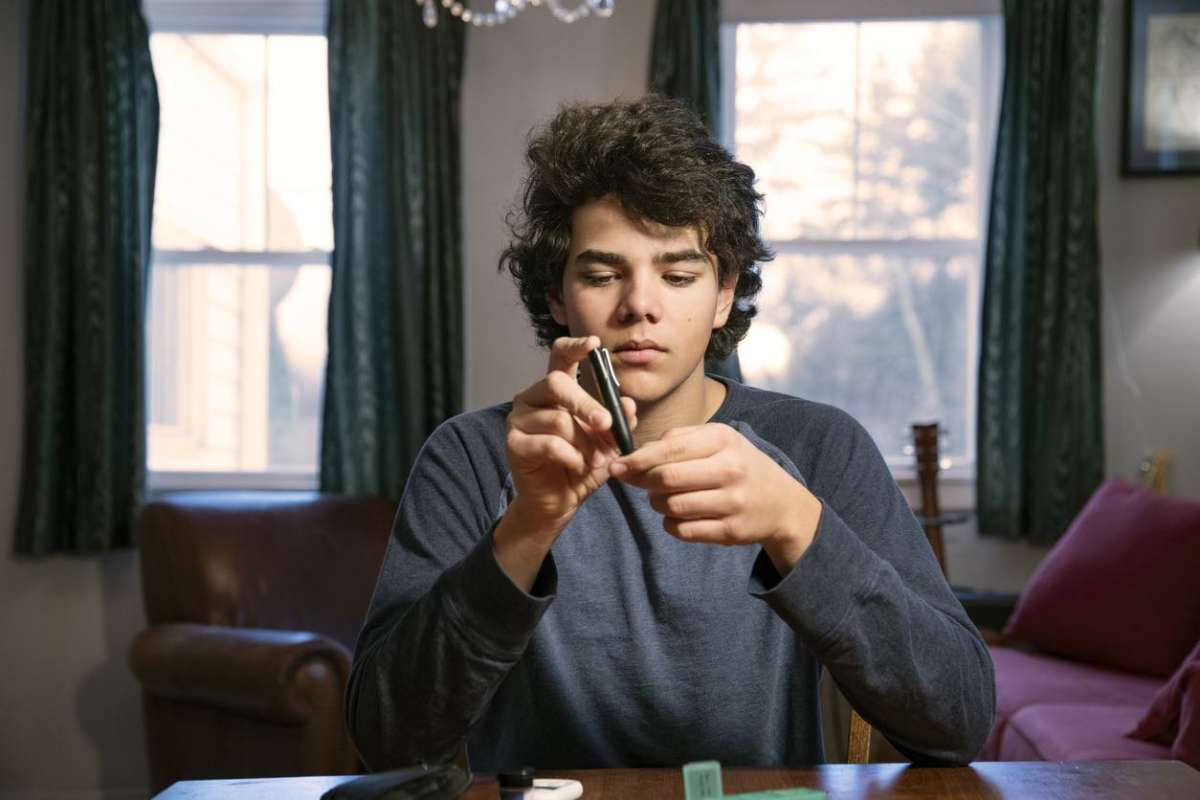 Having a teen boy with type 1 diabetes can be difficult when balancing safety and independence in college.
Erica Loop

Is this an April Fool’s joke? That was my reaction to the pediatrician who had just entered my son’s exam room on April 1, 2016. This was the day we found out that my then-14-year-old had type 1 diabetes.

Related: Weight and Diabetes in Kids: Types of Diabetes

It started several weeks before the diagnosis. My super-healthy son who, other than one respiratory infection the first week of daycare, never seemed to need more than an annual well-child visit, was suddenly sick all of the time. Not cough, cough, sneeze, sneeze, drippy nose sick. But a totally different type of sick.

He looked pale and was constantly tired. Even though he eagerly walked home from his two-hour wrestling practices every day, he started calling his grandfather for rides home because, in his words, he didn’t have the energy. The symptoms didn’t stop there.

Over his Spring Break, he downed almost a whole 24-pack of water within days. When he also started losing weight, I questioned whether it was an unhealthy effort to drop pounds for the following week’s wrestling tournament. It wasn’t.

Along with the near-obsessive water drinking came the obvious need to run to the restroom every five minutes. The intake/output issue didn’t really hit me until we went to see a movie — and my son spent most of the time rushing back and forth between the theater and the bathroom. The following morning he sheepishly came into my room, head down and tears in his eyes as he dropped a bundle of wet bed sheets onto the floor.

Deep down I knew what was wrong. The tween son of one of my closest friends was diagnosed with type 1 diabetes a few years before. I recalled her child’s list of symptoms. They were almost identical to what my son was experiencing. But, in total denial, I managed to convince myself that he must have some sort of urinary tract infection. I sent him to school and called the pediatrician’s office when they opened. The nurse instructed me to pull him out of class for an appointment ASAP.

An hour or so later the doctor walks into the exam room with an, “I’m about to give you some pretty horrible news” expression. My son’s blood sugar is almost 500! FYI (because most people who don’t work in healthcare, don’t have diabetes, or don’t know someone with diabetes won’t know this), the normal blood glucose level hovers around 100 and is typically under 140. So, a near-500 level sent my son to the ER.

What A Diabetes Diagnosis Means for a Teen

A type 1 diabetes diagnosis is hard for any child, or any parent, to process. Each age range has its own developmental issues that diabetes disrupts. For my son, it was his newfound sense of, “Hey, I’m almost an adult now.” At 14, I felt comfortable leaving him home alone when I went to the grocery store, to the gym, or just about anywhere else. He went to pizza-fueled lunches with his friends (sans an adult), the movies with his BFFs, and walked home from school or wrestling practice by himself in the evening. Heck, he and his friends even remember to tip the waitress at the local pizza place after their meal (luckily for her, they thought 50 percent was standard).

But his new diabetes diagnosis took away much of this freedom. This isn’t to say it’s not perfectly possible for a teen to live a normal life with diabetes. It is. It just takes time — especially after a recent diagnosis.

Suddenly I felt like I had a newborn again. I was constantly worried and exhausted. I slept more immediately after my son was born than in the weeks following his diagnosis. And here’s why — diabetes is an extremely dangerous disease. You’ll hear jokes like, “Oh, that cupcake was so sweet, I think I have diabetes now.” But the dangers of type 1 diabetes don’t only include high blood sugar levels. Low blood sugar can cause anything from a shaky feeling to coma and death.

Remember that scene in Steel Magnolias where Julia Roberts passes out and ends up comatose in the hospital before they take her off of life support? Yeah, that part of the movie may have passed through my mind a couple of thousand times in the first few weeks after my son got his diabetes diagnosis. There are also a lot of long-term health concerns that come with having diabetes that many people may not know about.

Preparing for College with Type 1 Diabetes

It took time for my son to adjust. Five injections of insulin per day and even more finger prick needle sticks weren’t exactly easy. On top of that, he had to learn how to count carbs and calculate how much insulin he needed. It also took time for me to adjust. While I would have hovered over his every movement every second of the day, I had to let go and trust that he could learn how to manage his own health. This became even more important as he headed into his college years.

Like other chronic medical conditions and some disabilities, type 1 diabetes can make the college transition even more challenging than it already is. At age six, my son welled up and blurted out, “The day you leave your mommy to go to college must be the saddest day of your life.”

Oh, how I had hoped at 18 he would still feel that way. He didn’t. But I did. Add in his health status and I was, at the very least, overwhelmed.

From drinking and parties to his dorm room, I had to prepare my son (and myself) for college in a way that took his health issues into account. While the specifics depend on the child, I found that I needed to:

1. Learn About His Rights

Diabetes is considered a disability. This means ADA laws apply—and the school needs to make special accommodations available if requested. While my son didn’t choose to request accommodations or modifications, many students with type 1 diabetes do. Whether the student has diabetes or another ADA-defined disability, they need to know their rights.

Okay, so this is something many parents do. But when there’s a chronic condition or potentially dangerous disease involved, it takes on a new meaning. Not only did I need to meet his roommate, but I also needed a way to contact his roommate. I also had to make sure my son explained the symptoms of low blood sugar to his roommate and showed him the emergency glucagon rescue shot that he would need to administer if my son should lose consciousness.

3. Have an Open and Honest Discussion About Alcohol

The National Institute on Alcohol Abuse and Alcoholism reports that survey data shows over half of college students ages 18 through 22 report drinking alcohol within the past month. Alcohol is a reality on campus and something no parent should ignore or assume their child will stay away from.

Along with the “make good choices” conversation that most parents have with their college-aged kiddos, I had to help my son learn about the effects of alcohol on his body and blood sugar levels—with the help of the diabetes educator at his endocrinologist’s office. While I thought the carbs in beer would certainly raise his blood sugar, I was surprised to learn that alcohol (in higher quantities) can actually lower blood sugar.

4. Connect with Other Parents

Obviously, my son isn’t the first and wasn’t the only kiddo with T1D to go to college. Connecting with parents who’ve been there and done that or are currently going through the same transition made the process easier. The parents' group from the College Diabetes Network and other similar online/social media communities are resources that no parent with a T1D child who is going to college should skip.

5. Put Together a Supply Box

While most parents are worried about stocking up on shower shoes, plastic shampoo caddies, and endless plastic packages of ramen for their college-bound kids, I also had to add a small stockpile of medications and equipment to my son’s stash.  Insulin, pen needles, lancets, test strips, glucose tablets, and more. These items were at the top of our must-pack list.

Not only did I have to help him to put a supply box together, but I also had to make sure it looked different from other bins he brought to school. After all, I wouldn’t want him to confuse it with the bin of Clorox wipes and accidentally use his supplies to clean the dorm kitchen!

Whether you have a child with type 1 diabetes or other medical issues, schedule a pre-college discussion appointment with their doctor. My son’s endocrinologist (and the rest of the office staff) gave us advice, direction, and recommendations that I would have never thought of without talking to a professional.

Thank you for your feedback.
About the author
Erica Loop