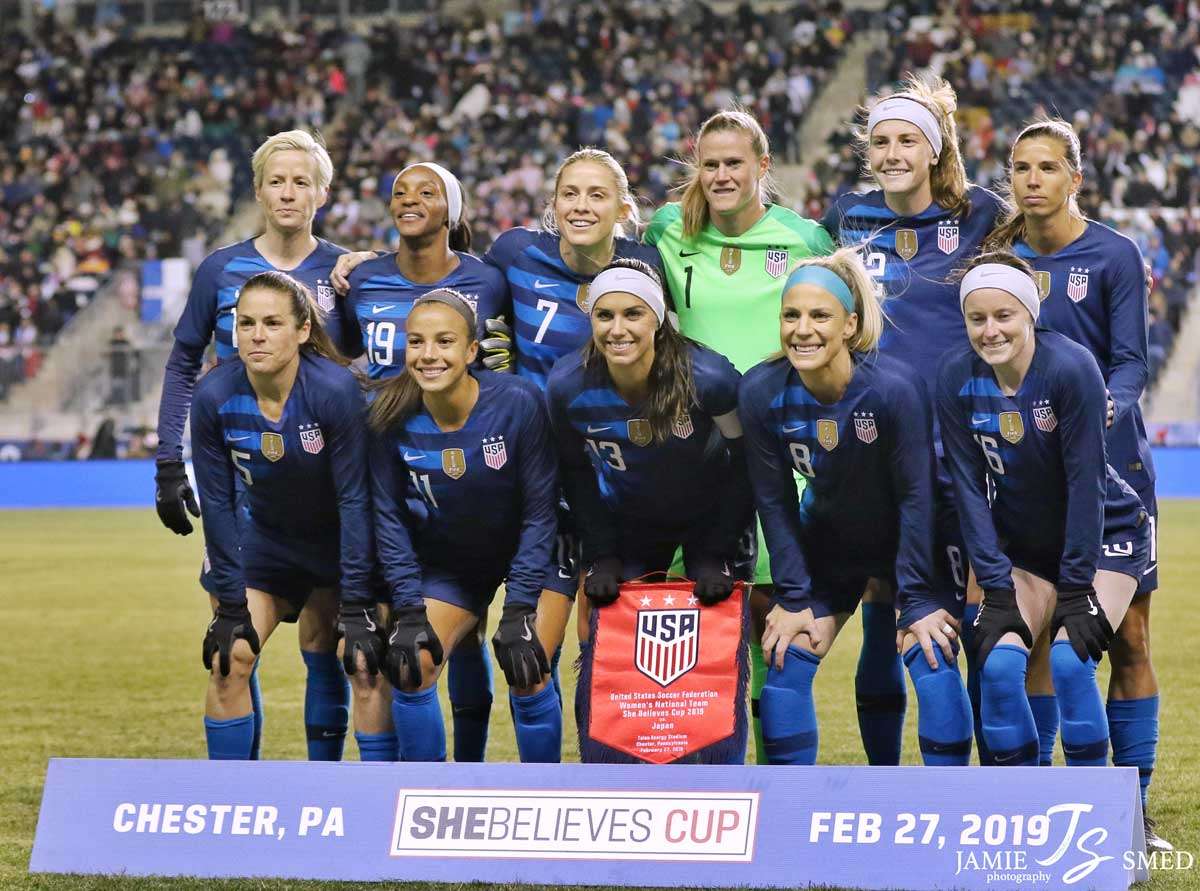 The U.S. Women’s National Team (USWNT) is comprised of not only winners, but 23 of the ultimate role models possible for young girls today.
Charise Rohm Nulsen

The U.S. Women’s National Soccer Team has made history with their recent World Cup win and soccer fever seems to have swept the nation. They have broken their own record by holding the most FIFA Women’s World Cup wins - four! - and set a new record for scoring the most goals in a Women’s World Cup tournament. Their statistics are beyond incredible, but that’s not what has most moms across the country so excited. What moms care about is the fact that the U.S. Women’s National Team (USWNT) has provided our girls with twenty three of the ultimate role models possible for young girls.

What makes the USWNT the ultimate role models?

1. They are unapologetically themselves

We don’t want our young girls growing up within the trappings of being ladylike, as many of us did. We want our girls to be exactly who they are. Today, our girls can be fierce and/or loud and/or passionate and/or outspoken.

The USWNT are a group of individuals who are loud and proud of exactly who they are. They speak up and speak out. They are a group of women who will not be fit into an easy to define box. They are multi-faceted and embrace their identities. For all of our LGBTQ girls, this team inspires true pride in a way that a sports team has never shown our girls. As this SBNATION article states, “There isn’t one right way to be queer. You can be swaggy, outlandish, tough, serious, subtle, or reserved. You can be any of those things while still being proud of yourself and your identity. The USWNT does a better job of helping people feel that than any other mainstream, public-facing entity that I can think of.”

2. They represent the best of true friendship

We want our girls to support each other and lift each other up. We want them to know they can be competitive and strong without tearing others down. Female friendship can be an enormously powerful source of comfort, strength, and empowerment for all of us.

This is a soccer team that refers to themselves as “the 23 best friends” and they clearly live those words. Whether they are comforting each other, pushing each other to be the best, or celebrating together, our girls can see the beauty of what is possible when women believe in and stand by each other. As coach Jill Ellis shared, “"I think it's actually the bond they had with each other that gave us such a force when we stepped on the field.”

We want our girls to be their best selves, and a big part of that is spreading their light to others. Our girls can share the best of who they are when they are confident, passionate, and enthusiastic.

The 2019 World Cup Champions could not be more inspiring. All you have to do is spend 60 seconds watching Nike’s new Never Stop Winning commercial which premiered immediately following the big World Cup win to feel all the feels. These women don’t just win; they want everyone to win when it comes to equality and whatever actions it will take for any of us to fulfill our dreams.

4. They use their voices

We want our girls to stand in the power of their words and to live their truths. We want them to influence others for the better and to use their voices to help, protect, and inspire others. This women’s soccer team does just that.

They refuse to be boxed in as simply soccer players. Yes, they are champion soccer players, but they are using their platforms to give voice to those who don’t have the gift of reach that they have earned. They are speaking out for equality and justice. They have not let detractors silence them. They have boldly stepped into the roles of global leaders for achieving equal pay and gender equity in the workplace. These women are leading the way on the social justice front because they seem to know that this victorious moment is about so much more than them. It is an opportunity to not just be champions on the field, but to truly champion for the greater good.

5. They push themselves and everyone to be better

We want our girls to be their best selves, whatever that may be. We want them to have values and ideals that they live by and share them to help others be their best selves. Our girls are so fortunate that this team of women know the importance of being role models and are all too ready to take on that role.

As stated in a recent New Yorker article, “They see themselves as role models and revolutionaries, but they are also something more complicated to describe. They offer a new model on how to be an American citizen, one rooted at once in idealism and pragmatism.” These athletes are taking every avenue to share their inspiring voices. Before this World Cup tournament was even a reality, team members like Alex Morgan were writing soccer story books for young girls like The Kicks series (which has now been made into a TV series for kids on Amazon Prime). Morgan also made and starred in a movie called Alex & Me which is an inspiring film for kids about a girl’s efforts to make her soccer dreams come true.

This U.S. Women’s National Team may be living the dream, but the best part of it is that they want us all to live that dream too and come along with them. They have stepped off the field on to a world stage where they are embracing their positions as role models. They are not pretending to be perfect, and they are unafraid to be the kinds of leaders that our girls - and frankly, all of us - need more than ever.

Looking to foster a sense of leadership and individuality in your daughter? Here are the top Extra-Curricular Activities that Promote Leadership in Young Girls.