You are 30 Weeks and 4 Days Pregnant 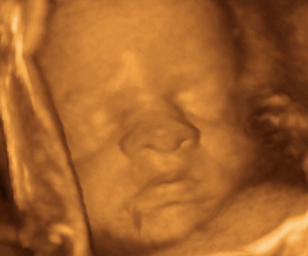 In this 3D scan the baby's arm is held up next to the face. This type of scan shows external features but also looks inside the baby in 3D so you may see some parts of your baby "through" an arm or leg. Here, the baby's ear can be seen through the arm.

In the uterus and in the first months of his life, your baby relies on your immunity to various infections.

If your immune system thought your baby was foreign, it would mount an attack on him. You and your baby are designed so that this does not happen. Your baby does not have the ability to produce antibodies (which would attack you) in the uterus: he relies completely on you to protect him from infection, not only in the uterus but also after birth. Protection after birth is possible because antibodies from your immune system cross over the placenta into your baby's bloodstream, while you're pregnant. If you have immunity to a disease such as measles, mumps, polio, and many other severe infections, your baby will carry your antibodies to these conditions. This so-called passive immunity is lost with time and it is for this reason that, from two months onward, your baby will require a program of immunizations to protect against these and other illnesses.

Focus On... Your body

There have been numerous studies over the past few years involving women exercising while they're pregnant. The bottom line is that exercise performed effectively and safely, at a moderate intensity and in healthy women, is beneficial.

In addition to being good for your health and making you feel more energized, exercising will get you into great shape for labor and childbirth, which is, in effect, a workout!

Here are the myths: 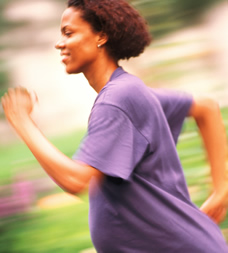