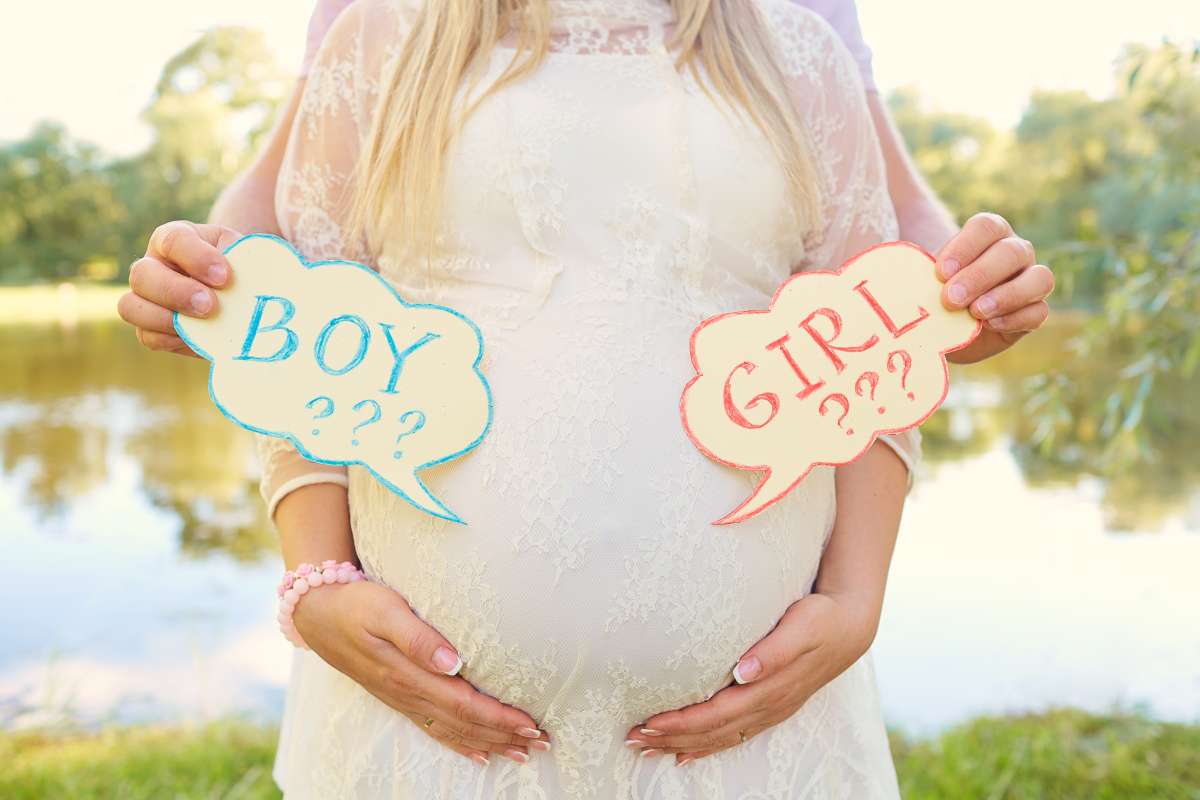 Gender reveal parties are the new baby shower. If you're planning one of your own, we rounded up five of our favorite gender reveal ideas to get the creative juices flowing!
Rachel Sokol

Gender reveals are the new baby shower, and there are so many ways to do them. Want to up your game and go beyond the box of pink or blue balloons? We rounded up our favorite and most clever gender reveals to give you some ideas!

Rachel Stephens, SEO & Customer Behavior Analyst, offers ‘mood’ cups on her site that actually change color when liquid is poured inside. She says they’ve been super popular for gender reveal parties because they’re available in—what else?—pink and blue! Have your doctor or the technician jot down the baby’s gender, seal the paper or sonogram in an envelope, and hand it off to a family member who will purchase the appropriate cup color. Party guests can pour their drinks into a cup at the same time and voila—boy or girl is revealed. You can even personalize the cups, and Amazon sells color-changing straws!

Blogger Destiny Paquette of Suburban Wife City Life helped coordinate a ‘What’s in the Box?”gender reveal for her sister and brother-in-law. This was for their second baby, and everyone wanted to make sure big sis wouldn’t feel left out. Paquette placed “Guess what it is?”-style gifts (such as Hershey Bars with the letters HE and SHE colored in…) in various pink and blue boxes of different sizes, which big sis had fun opening with mom and dad.

Inside the very last box was a toddler shirt that read, “Big Sister To a Little Mister,” meaning the new baby was a BOY!

Loosely inspired by a game comedian/actor Jimmy Fallon plays on his late night show, this couple’s egg roulette gender game looked like so much fun I wish I was invited to this gender-reveal party! Basically, a family member hard-boiled every egg in a carton except for one—the gender-revealing egg—and dyed six eggs pink and six eggs blue. The uncooked egg was dyed to match the gender of the baby.

The parents-to-be took turns smacking eggs against their forehead, while someone took a video. The egg that cracked and wasn’t hard boiled was the gender. I went through a whole gamut of emotions watching the mama and papa smack pink and blue eggs on their foreheads, and even teared up when Mom ‘cracked’ the gender-revealing egg against her forehead in shock. It’s a girl!

This personalized piñata sold on Etsy can be filled with pink or blue candy and confetti. (You buy the items to fill it with.) The parents-to-be take turns hitting the hanging piñata with a pole, and when it cracks opens and the items fall out; baby’s gender will be revealed. If the parents already know baby’s gender, they can stuff the piñata and have guests take a crack at it.

I love this idea posted by LittleThings.com. When you’re handed the concealed envelope from your doctor or technician that reveals the gender, head on over to a kid’s clothing shop. Pick out one boy and one girl outfit, and ask the employee to open the envelope, read what the gender is and wrap up the appropriate outfit. Go home, open the box together and Skype with out-of-town family members so everyone’s surprised together. (When selecting the outfits, it’s best to find two that are the same price, such as one pink and one blue baby tee, so you won’t know which outfit is in the box when you pay.)

Is it still a little early to find out the gender? Check out or gender-predicting old wives' tales to see if you can guess!