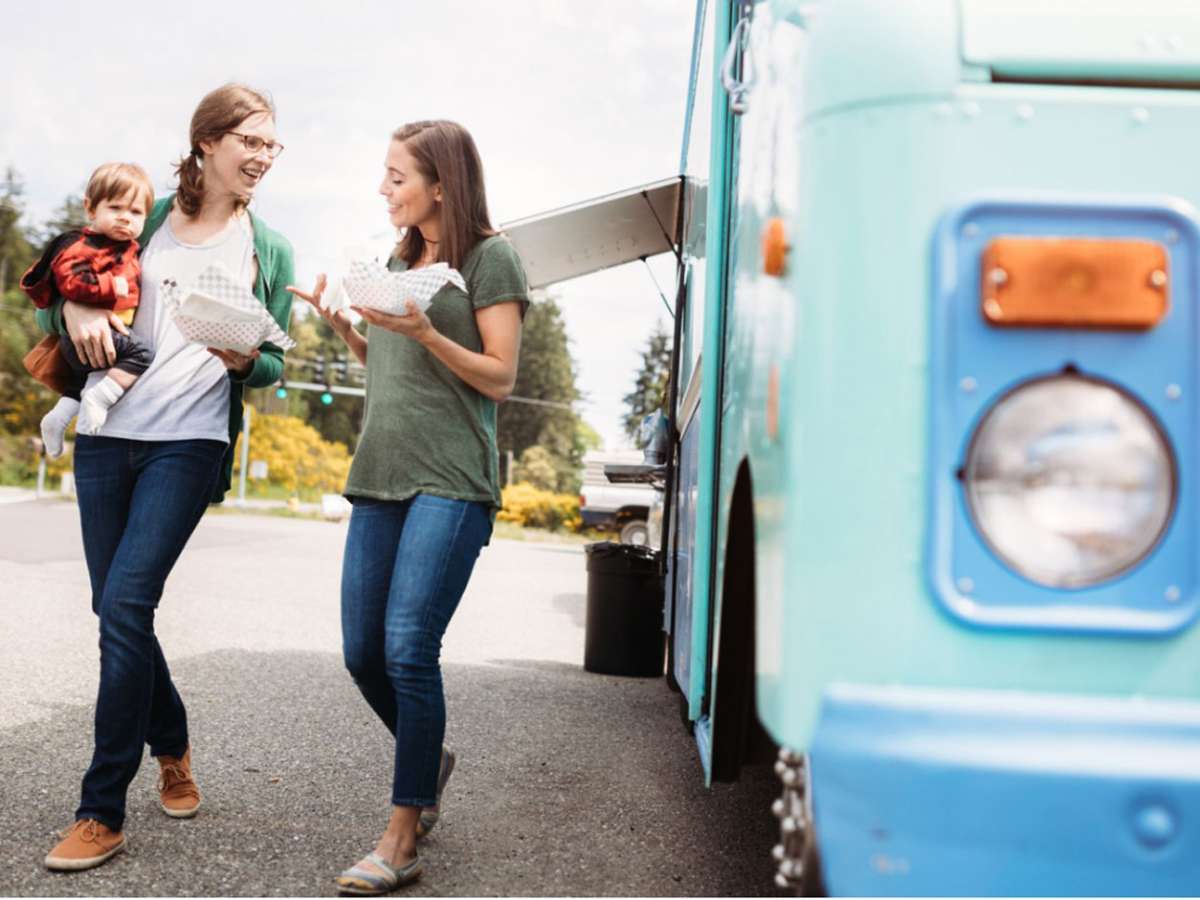 How To Stay Social When You're a New Parent

Being a parent is all encompassing. It takes every ounce of energy you have, which is why new parents often let their social lives fall to the wayside. But new parenthood can also feel lonely and isolating, so having a sense of community and friendship is more important than ever. Here are our top tips for making parent friends and maintaining a healthy parenthood / social life balance.
Rachel Sokol

Being a parent is all encompassing and, quite frankly, exhausting. As much as you adore your kiddos, parenthood oftentimes takes every ounce of energy you have, which is why new parents often let their social lives fall to the wayside.

But new parenthood can also feel lonely and isolating, especially during those late nights when you’re so tired you can barely walk. As a new parent, having a sense of community and friendship is crucial to stave off loneliness and to feel supported by others who are also new to parenthood or seeking parent friends. “When you become a new parent, it’s important to keep those connections you had before, as well as make some new ones,” says mom blogger Stephanie Helie of Dresses & Dinosaurs.

How can you juggle parenthood but also maintain an active social life? Guess what — it’s indeed possible, but requires a little “push” from you at times. Social media helps! Here’s what experts and fellow parents say about the parenthood/social life balance.

Look to your neighbors first

I happen to live in an apartment complex right next to a beautiful playground where almost all the neighborhood kids and their parents gravitate on weekends. Even though I can be shy, and confess to worrying what other parents think of me, I try to make small talk with them, especially if their child starts playing with mine, and vice-versa.

Most of the time, when I overcome my shy moment and make the first social “move” it pays off and I befriend that parent. Even better, they’ll give me helpful advice about the neighborhood or local schools that I may not know about. Says Nicole, a mom blogger at Coffee and Carpool: “(Your neighborhood) is the first place to start because the close proximity makes life so much easier. You’ll see each other more often and the spontaneous get-togethers can be more frequent and simpler.”

Two key words to remember when you spot other parents: Introduce yourself. I go for a simple, “I’m Rachel, by the way,” or “Hi, I’m Rachel and this is Sabrina, she’s five, and Aimee, who is 15-months.” Nicole of Coffee and Carpool also shares some conversation starters; for example, when you see your neighbors try a: “What are you guys up to today?” or “How was the baseball game yesterday?”

Stop finding excuses to cancel plans. Studies have shown a social life really is important for new parents. I’m not talking about hitting a dance club every night until 3am, but connecting, or re-connecting, with friends to get out of the monotony of life/parenthood and embrace that warm and fuzzy feeling of friendship.

A kid-less friend of mine, someone I dearly missed but don’t see very often (because hello, parenting young kids is a time suck!) wanted to make dinner plans. After cancelling on her twice because my kids were sick, I finally met up with her one freezing cold Friday night for yummy Cuban food at a local restaurant. Even though I was exhausted, and my older one was crying as I left, I headed out the door. (Hubs was home with the kids.) Guess what? My girlfriend and I had fun. It was nice to engage in “girl talk” without a booster seat at the table and crayons all over the placemat. In other words, if your significant other is home, or you have a sitter for the kids — make plans! Getting out could be just what you need to feel like YOU again.

There’s an app for that!

According to “Marisa,” a freelance writer for the blog Lucie’s List, there are actual apps for parents that allow you to connect with other parents around the world and in your neighborhood. Some to try? Peanut, Mom.Life, and HikeItBaby. Also, check Facebook for local parenting groups. “I've joined some mom groups on Facebook that have different purposes such as finding activities for my kids, and also for asking and getting advice from other moms on various kid topics,” says Stephanie Helie of Dresses & Dinosaurs.

More: Advice for New Parents: If I Could Go Back and Tell Myself One Thing

Put your kid in a class

I enrolled my first daughter in a baby music class at the local YMCA when she was 11-months-old; there were about seven other babies in the class. One of the moms became one of my good friends, and we still chat via text even though our kids ended up in different elementary schools. Chasing your kids around a kiddie gym, or shaking maracas with your kid in a circle with other parents is a great way to meet new adults. And if you befriend someone’s nanny or babysitter, that’s OK too. It’s still a new friend and you have something in common: the class your kids are in!

Blogger Stephanie Helie joined a play group with her daughter shortly after she was born. “I got to see other new moms and we could talk about how we were feeling and what we were struggling with,” she recalls. “I also was invited to join a book club by one of my friends that was all moms. It was a great way to connect with other moms, but also have some time for myself to remember something that I loved doing—reading—before having kids!”

If you’re feeling hesitant at the idea of meeting new parents, it’s perfectly OK. That feeling is quite normal. “My advice would be to take it slow — you don't have to go out and make a whole new group of friends right off the bat,” says Helie. “Motherhood is overwhelming, especially at first. But we are all going through it. Sometimes it's easier to sit back and listen in a playgroup at first. Do that until you feel comfortable participating. You may even have another mom notice and reach out to you so you feel a little more comfortable.”