You are 27 Weeks and 2 Days Pregnant 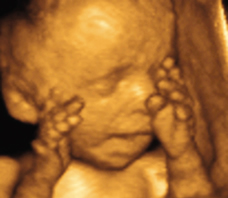 Your baby may be looking happy today. Babies smile and grimace, wrinkle their foreheads, and stick their tongues out. Many of these behaviors are only becoming more apparent now as 3D ultrasound has provided a unique opportunity for their study.

Your baby has developed a sleep-wake cycle very similar to the one she will have in the days and weeks after birth.

Your baby's yawns have, until this point occurred only occasionally as a single event, but they are now becoming more repetitive, with several yawns following one another. Your baby's swallowing reflexes were developed at 25 weeks but still need to become much better coordinated.

Your baby has been breathing for some weeks, but the pattern up until now has been somewhat random. Now, the baby's breathing patterns start to reflect her better developed sleep-wake and becomes more rhythmical.

During pregnancy your body will store fat-mainly in the hips, thighs, and abdomen-to ensure there is enough energy for your baby to grow. Usually, the body relies on glucose for energy but in mid and late pregnancy, hormonal and metabolic changes facilitate the use of fat as an energy source. If you exercise regularly without adding on calories, you could be reducing the amount of stored fat. In addition, doing cardiovascular and weight-bearing exercise regularly tends to increase your metabolic rate slightly; therefore even when you're not exercising, your body will burn more calories.

It's important that you do exercise regularly during pregnancy but you need to make sure that you're taking in enough calories to meet the demands of your growing baby and your body. A simple guideline is that during your third trimester you should be taking in an extra 200 calories a day, with an extra 150 calories on the days that you exercise. 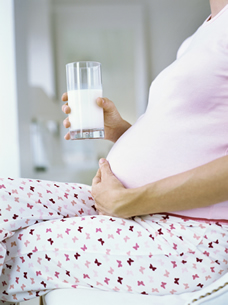 Time To Think About

As your pregnancy progresses, you'll have appointments every two weeks.

At each one, your blood pressure will be measured, and your urine tested for protein. The doctor will also check the size of your baby by measuring the height of your uterus, and she will listen to any concerns and offer you advice.