You are 18 Weeks and 5 Days Pregnant

Your baby will be a unique individual and his fingerprints will be proof of this. The ridge patterns in the dermis that will eventually form fingerprints (and "toeprints") are fully developed by this stage of pregnancy. These skin ridges are genetically determined and, as with most developments, are seen about a week earlier in the hands than the feet.

Your baby's sweat glands appeared in his skin in the eighth week, and will continue to increase up to 28 weeks; but they do not function until after birth. The color of your baby's skin is due to melanin, a pigment produced by "melanocytes," specialized skin cells that have now migrated into the skin. Different skin tones are not due to differing numbers of these cells but due to the amount and shade of pigment that each cell produces. Melanin protects the skin from ultraviolet light which damages DNA.

Although unborn babies produce melanin pigment, they do not achieve their final amount of skin pigment until well into childhood. For this reason it follows that all newborn babies are particularly vulnerable to sunburn. Dark-skinned babies are likely to have a light skin tone when they're born.

Eating plenty of foods that are rich in vitamin E could reduce the risk of your baby developing allergies, including asthma.

Researchers believe that low levels of vitamin E during pregnancy could adversely affect your baby's lung development or immune system. To boost your intake, improve your diet rather than taking supplements. If you eat more than you need, vitamin E is stored in the body for future use. 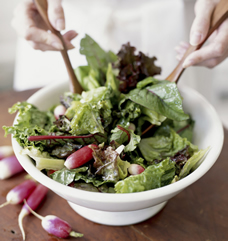 In acupuncture, certain points on the body associated with energy channels or meridians are stimulated by the insertion of fine needles. The belief is that these conduct vital energy or "qi" around the body. Illness or symptoms are associated with an imbalance of this vital energy.

Acupuncture has been widely and successfully used in pregnancy and regular treatments can help to treat a number of health problems:

Acupuncture may be effective in "turning" breech babies, and can also be used during labor to boost energy and relieve pain.

Use a registered practitioner with experience treating pregnant women.