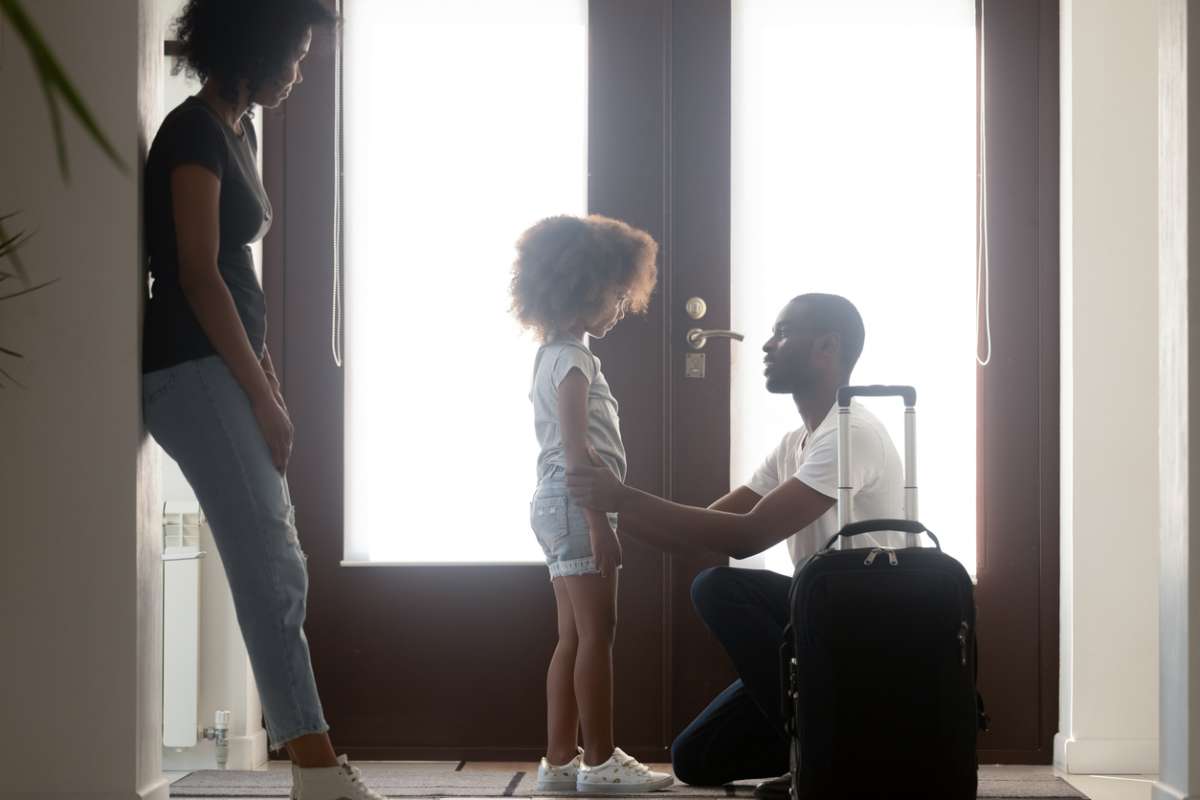 Co-Parenting Problems: What to Do When Your Child Fights Visitation

What to do when kids fight visitation and don't follow custody agreements following divorce. Follow these co-parenting strategies.
Erica Loop
Table of contents

You have visitation rights and are ready to start co-parenting effectively. But you also feel like, "My child doesn't want to see me." What can you do to cut the tension and co-parent in a way that makes sense for everybody involved?

Even though the court gave both you and your ex the right to spend time with your kiddo, sometimes just don't want to stay with the noncustodial parent. When you're the parent who is losing together-time, this situation can feel much more than messy. Before anyone starts playing the blame game of divorced parents or you give up and give in, check out what you need to know about noncustodial parent visitation, healthy relationships, and how to co-parent your way through this potentially rocky road in an amicable way.

Related: What You Need to Know About Custody

Why Do Children Ignore Visitation Rights and Custody Agreements?

Your kiddo probably doesn’t care what the court has to say about child custody. A judge or mediator created a visitation schedule as part of the divorce process–and you’re ready to follow it. But your child can’t seem to get on board. Whether they cry and scream or fall silent and act sullen when it’s time to switch from one parent to the other, this is a family issue that you need to resolve ASAP. The wait-and-see approach may work in some circumstances–but this is not one of them.

Why might your child ignore your visitation rights and ask (or demand) to stay put? Keep in mind that a child’s perception of a new separation or divorce is sometimes far from the reality of the situation. This means what may feel like a personal attack on your parenting is more of a “how your child sees what’s going on” thing than what is really happening. Here are some reasons why a child might not want to visit the noncustodial parent:

Yes, age may play a role in the child’s refusal to visit the noncustodial parent. Very young children may not have the cognitive abilities to carry a mental image of the parent to whom they are most attached. This could lead to a fear of abandonment.

If you and your ex get along, and your children are very young, the cause of your children's refusal to leave their residential home is likely normal, age-related separation anxiety–and not an outright refusal of your visitation rights. A parent's recognition of this and willingness to work with the other parent to ease their children's anxiety will go a long way toward building trust and bonding.

What Happens When a Parent is Alienated?

You feel like, “My child doesn’t want to see me.” And, you think it has something to do with your ex. If your ex is waging a serious campaign against you with the kids (engaging in what's now called “Parental Alienation Syndrome” or PAS), you may need to do more than talking it out. Suggest that your spouse and children (or all of you) see a mental health professional to aid the adjustment to visitation. This can help your ex-spouse during difficult times and improve your entire family’s well-being.

What should you do if your ex doesn’t want to help or outright refuses to see a counselor? Start by reminding them that their decisions impact your child’s life. If your ex-spouse refuses to seek help, you might be justified in seeing your family law attorney request that the court mandate a mental health intervention, and perhaps a change in physical custody or visitation, depending upon who's alienating whom. Complex situations such as this call for psychological—and perhaps, even legal—intervention for the entire family.

If there is a good parent and child relationship, and your children are older, they're generally not going to buy the hard line that you're awful when you're really not. As long as you're totally tuned in to your children, are empathetic with their emotional needs, and help to build their self-esteem, you should be able to address any attempt by your ex-spouse to alienate you from your kids. But, if you think your children are being “brainwashed,” discuss your suspicions calmly with them. You'll get a better feel for the true situation at their other home, and, hopefully, you'll be able to address any issues that arise.

Participating in open conflict—whether it's screaming at each other or making snide remarks—is the single most damaging thing you can do to children of divorce. Although you have no control over your ex, you do have control over yourself. Don't get dragged into a fight. Stay cool.

Eventually, her father, who lost the custody battle, became less and less interested in fighting Rebecca's rejection of him. He and his girlfriend married and started a family of their own. As far as Rebecca was concerned, he found it easiest to just drift away.

What could Rececca’s father have done differently? For one thing, he might have let Rebecca know the door was always open for her. He could have sent regular postcards and letters—even if Rebecca didn't respond. Maybe she would ask to see him again. But, in her own time. At the very least, she'd have concrete evidence to prove her dad still cared, despite her refusal to see him.

How do you handle this visitation rights situation without drawing the child into the conflict more than he or she already is? According to psychologist Karen Breunig, co-author of Through the Eyes of a Child, “The best thing that I would advise is to appeal to the better graces of the offending parent. Explain how damaging this is for the child since the child identifies with both parents.”

How Should You Talk To Your Child About Your Custody Agreement?

More specifically, do you need to talk to your child about visitation rights? A toddler, preschooler, or younger child won’t understand your “rights.” But this doesn’t mean that they will always go willingly. Never make your child feel bad about themselves for their emotions–whether they express them appropriately or not. Divorce is difficult for the young child to grasp and your little one might not fully understand why their parents no longer live in one house. An adolescent can discuss visitation, custodial issues, and their parent’s divorce on a more adult-like level. If you’re still not sure how to talk to your child, the pediatrician, support groups, or a mental health expert can help.

How Can You Figure Out the Visitation Issue?

Again, start with the co-parenting relationship. Avoid arguing in front of your children. After talking to your child, you should have a better grasp of the situation or the root problem. If the issue starts with you, now is the time for some self-reflection. But this doesn’t mean you have to handle the problem alone. Communicate with your ex and explain what you have gained from a candid conversation with your kiddo. You may need help from your co-parent to work through what happens next. This could include:

What's your scenario? Is child support an issue? If your children are resisting visitation, scrutinize the situation. Perhaps a simple change will turn things around for you, too. If you’re not sure where to start, take this parenting plan Q&A.

For more advice on how to successfully co-parent after a divorce, check out: Life After Divorce: What to Do If Your Kid Is Playing Sides?