The Best 2017 Summer Movies for Kids

by: Colleen Hughes
Here's our top picks of the best summer movies for kids and families.

It's finally summer, and the kids are out of school for a couple months. While there will be plenty of time for playing outside and trips to the beach, there will also be days where all you want to do is beat the heat (or the rain!) and take a trip to the movies. Here are some of the best 2017 summer movies for kids of all ages you have to look forward to in the coming months.

Diary of a Wimpy Kid: The Long Haul [PG] 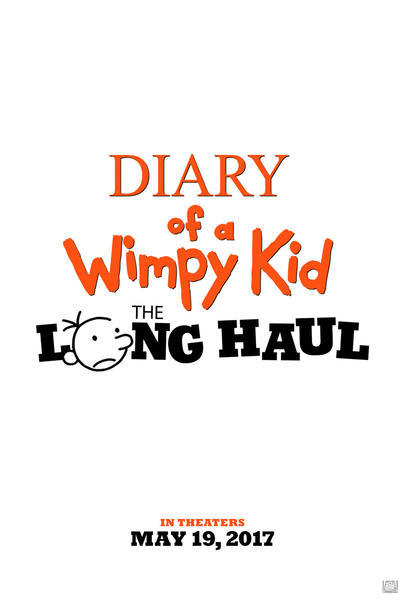 This latest installment of the series based on the popular kids' books stars Alicia Silverstone and Tom Everett Scott as parents taking their son Greg and his brother on a road trip to their great-grandmother's birthday party. But Greg and his brother have other plans in mind — a video-game convention they decide to sneak off to.
In theaters now. 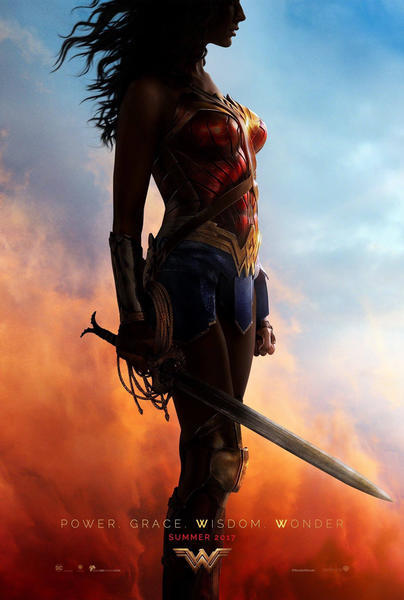 The DC Comics heroine (Gal Gadot) hits the big screen this summer, complete with her Lasso of Truth and indestructible bracelets. Diana, an Amazonian princess, learns of the outbreak of World War I when American military pilot Steve Trevor (Chris Pine) crash lands on her island. She travels with him to London to become Wonder Woman and put an end to the war. Wonder Woman is rated PG-13 so is probably best left for your older children.
In theaters June 2. 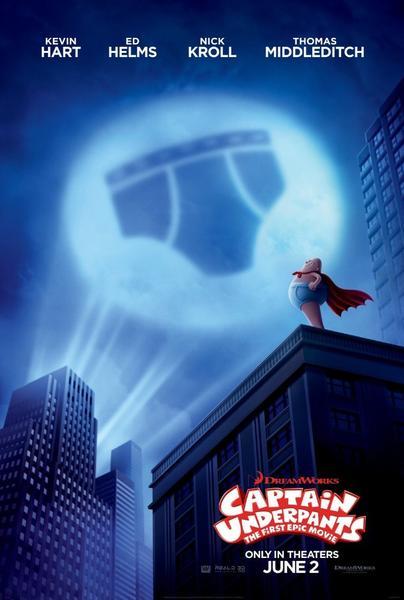 Based on the popular series of children's books, Captain Underpants finds two fourth-grade boys hypnotizing their principal to convince him that he is Captain Underpants, the hero of their homemade comic book. Featuring the voices of Ed Helms, Thomas Middleditch, Kevin Hart, and Jordan Peele, this is one of the 2017 summer movies for kids that will have the whole family laughing together.
In theaters June 2. 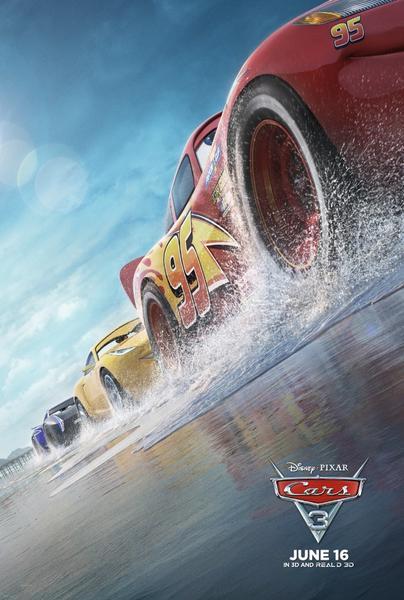 Lightning McQueen is back! But this time around the track, Lightning (voice of Owen Wilson) discovers that he's not the fresh young racer he used to be and that he's been replaced by a new generation of slick speedsters. Will the help of young race technician Cruz Ramirez (voice of Cristela Alonzo) get Lightning back on track to win the Florida 500?
In theaters June 16. 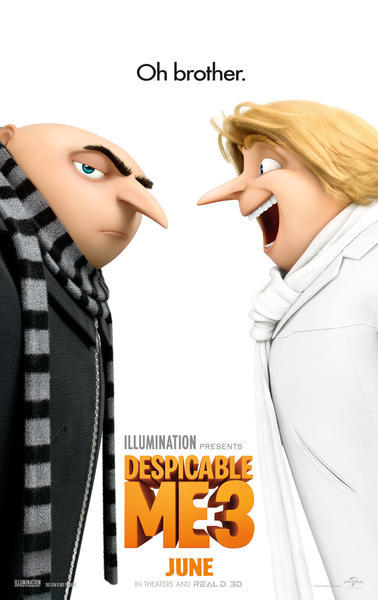 Another popular franchise making a return this summer is Despicable Me. This time, Felonius Gru (voice of Steve Carrell) is battling Balthazar Bratt (voice of Trey Parker), a former 80s child star who has grown up to be obsessed with the character he portrayed in his youth. All seems to be going according to plan until Gru's long-lost (and more successful) twin brother Dru shows up and tries to convince Gru to make a return to villainy and help steal back a diamond Bratt has made off with. Featuring the voices of Kristen Wiig, Miranda Cosgrove, and Julie Andrews, the film also sees the return the ever-popular Minions.
In theaters June 30.

Spider-Man: Homecoming [Not Yet Rated] 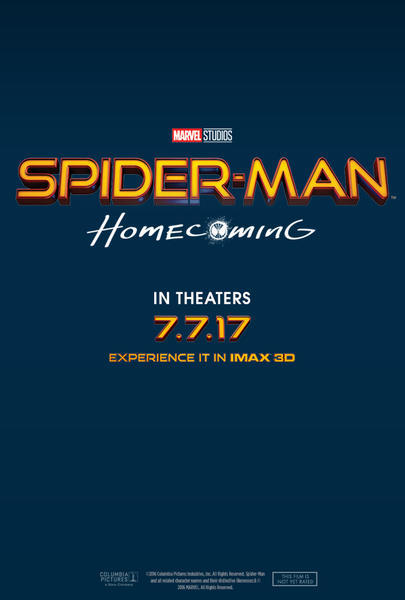 After his amazing adventures with the Avengers, Peter Parker (Tom Holland) must return home and try to balance being a normal high-schooler with honing his Spider-Man powers under the guidance of mentor Tony Stark (Robert Downey, Jr.). These powers will soon be put to the test though, as Vulture (Michael Keaton) vows to seek revenge on Stark. Though the film, which also stars Zendaya, Donald Glover, and Marisa Tomei, has not yet been rated, expect it to be a movie for the big kids, much like the Marvel films that have preceded it.
In theaters July 7.

The Emoji Movie [Not Yet Rated] 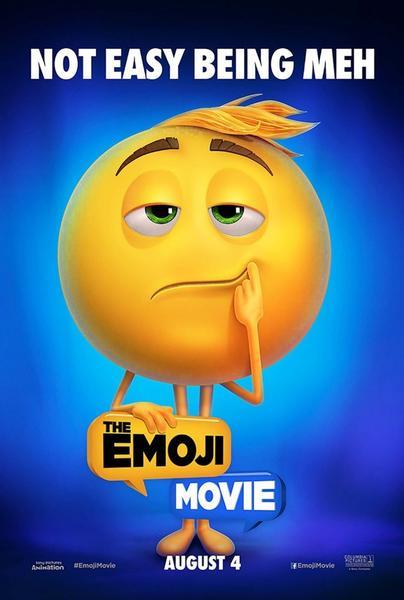 What would you do if you were an emoji who had more than one facial expression when all your friends only had one? The Emoji Movie takes you inside the world of Textopolis, a land that exists entirely inside a cell phone, to answer that question. Gene (voice of T.J. Miller), a multiexpressional emoji, sets out on a journey to become a meh emoji just like the rest of his family. The movie also features the voice talents of Anna Faris as a code-breaker emoji, James Corden as a high-five emoji, Sofía Vergara as a flamenco dancer emoji, and Patrick Stewart as a poop emoji.
In theaters July 28.

Nut Job 2: Nutty by Nature [Not Yet Rated] 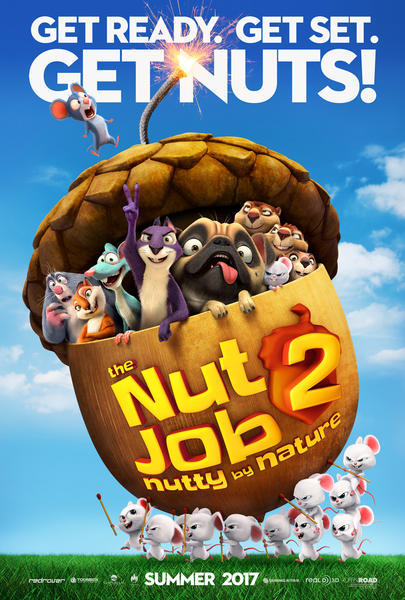 This sequel to 2014's The Nut Job follows the further adventures of Surly the squirrel (voice of Will Arnett). This time around, Surly and his pals must stop Oakton City's corrupt mayor from turning Liberty Park into a dangerous amusement park. The movie features an impressive voice cast that includes Maya Rudolph, Jeff Dunham, Jackie Chan, and Katherine Heigl.
In theaters August 11.

Leap! [Not Yet Rated] 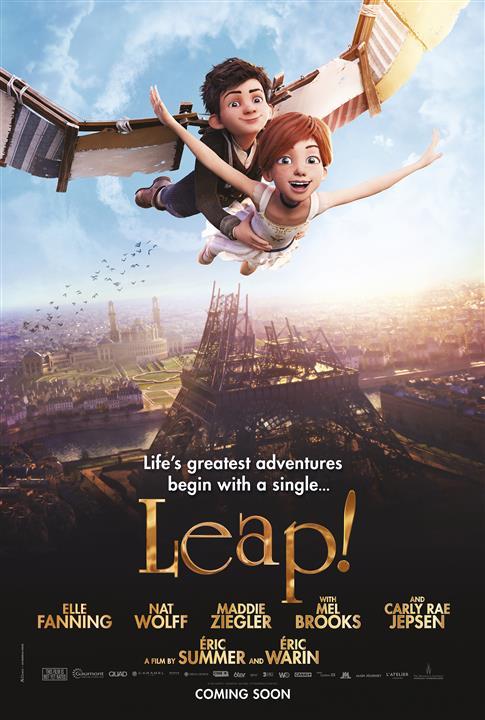 This Canadian/French-produced movie was released internationally last year under the title Ballerina but is set to his US theaters at the end of this summer as Leap! In 1880s France, poor orphan Félicie (voice of Elle Fanning) longs to become a ballerina but has never taken a dance class in her life. With the help of her friend, a young inventor named Victor (voice of Nat Wolff), Félicie escapes her orphanage in Brittany and travels to Paris, where she gets the chance to audition for the renowned but highly competitive school of the Paris Opera Ballet. Will Félicie's dreams of becoming a ballerina come true?
In theaters August 30.