Conversation Starter: Why Is the Statue of Liberty a Symbol for Immigration?

FamilyEducation Staff
Learn more about how and why the Statue of Liberty was made, and what she symbolizes for immigrants coming to the United States.

Though you can’t see her ginormous size 879 sandals from below, if you looked down from above you would see that the Statue of Liberty is actually stepping away from broken chains lying on the ground and all that had kept her prisoner.

The seven spikes on her crown are for the earth’s seven continents and seven oceans and in one hand, she holds high a torch to light the way, whilst under the other arm she carries a tablet inscribed with the date of America’s Independence Day on it.

During the late 1800s and first half of the 1900s, many immigrants sailed by ship into New York. They would’ve been feeling tired from the long trip at sea and anxious if they would make it in America, often with little money in their pockets. For most people, the 93 meter statue on Liberty Island, Manhattan was the first thing they saw of the United States, and she told them this new land offered them friendship, hope, opportunity, and freedom! This is why she became a symbol of welcome for the immigrants. 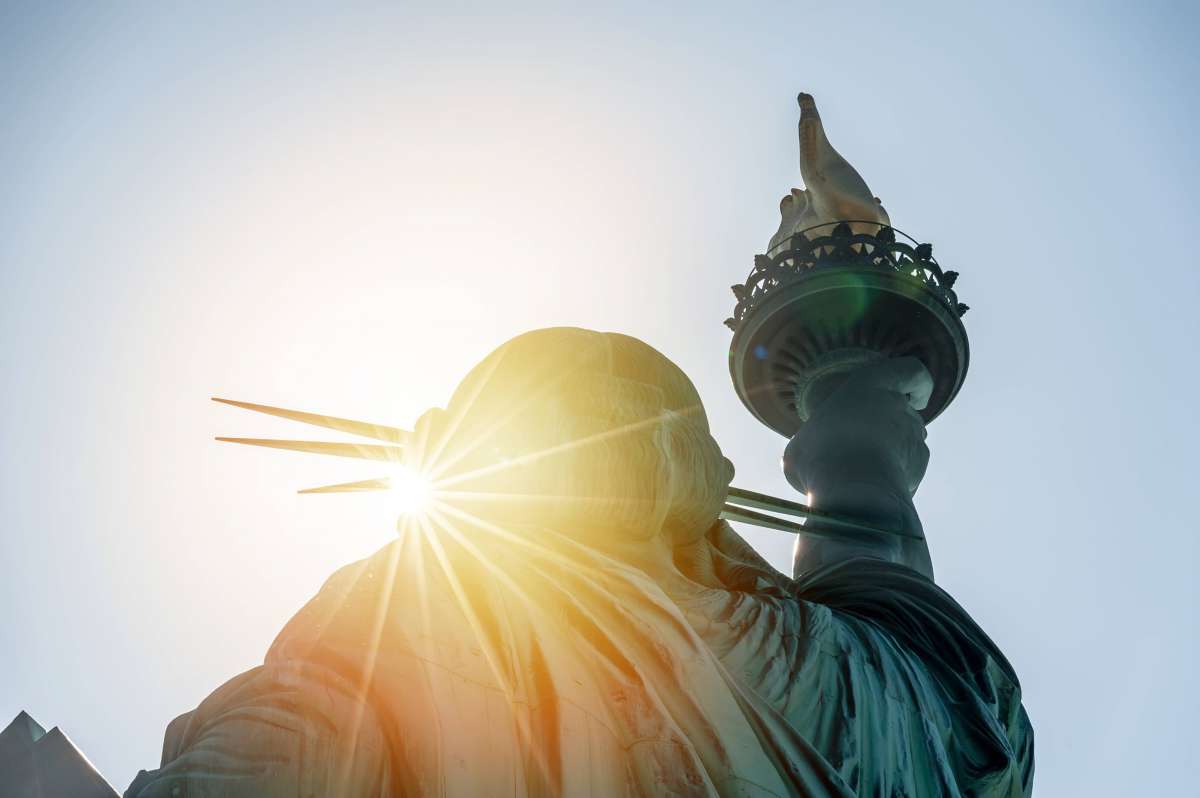 But How and Why Was She Made?
Over time, The Statue of Liberty came to represent immigration, but she was actually a gift from France, given to mark the American Revolution and the end of slavery. A French man called Bartholdi made her out of copper and iron, and if you’re wondering who she is, her name is Libertas, the Roman Goddess!

Although the statue was a gift, the United States needed to pay to have her base made. This proved pretty tricky but in the end, a kind of ‘crowdfunding’ advertising was placed in a newspaper. New Yorkers across all walks of life — factory workers, cleaners, government officials, and even kids, gave whatever they could to pay for the base and soon enough, the base and statue went up in 1886. Pretty awesome, don’t you think?

The Famous Lost Poem!
One of the many people who wanted to donate money to pay for the base was a woman named Emma Lazarus. She wrote a poem, ‘The Colossus’, to earn the funds. But then the poem was forgotten about for many years! It talks about the statue being a ‘mother’ to tired and poor people coming from other countries looking for opportunity and freedom. After all, remember the statue herself came from overseas! Luckily, the poem was found and can now be read at the exhibit in the statue’s pedestal. Here it goes:

Not like the brazen giant of Greek fame,
With conquering limbs astride from land to land;
Here at our sea-washed, sunset gates shall stand
A mighty woman with a torch, whose flame
Is the imprisoned lightning, and her name
Mother of Exiles. From her beacon-hand
Glows world-wide welcome; her mild eyes command
The air-bridged harbor that twin cities frame.
"Keep ancient lands, your storied pomp!" cries she
With silent lips. "Give me your tired, your poor,
Your huddled masses yearning to breathe free,
The wretched refuse of your teeming shore.
Send these, the homeless, tempest-tost to me,
I lift my lamp beside the golden door!"