Conversation Starter: Who Are the Menhune?

FamilyEducation Staff
Find out who the Menehune of Hawaii are, and learn more about these mystical Hawaiian creatures.

Few, if any, people have seen them, but the legend says that the Menehune dwell in the forests of the Hawai’ian islands. They are said to be magical little people of about two feet high, just like pixies or trolls. The Menehune are thought of as great builders who could finish any project in only one night.

The Alekoko Fishpond on Kauai is said to have been constructed overnight by the Menehune. Stories of ancient times say that the Menehune set up a “Menehune bucket brigade” to pass the stones from one person to the next. They built the pond as an early form of a fish farm to trap young fish until they were big enough to eat. And although the pond was built a 1,000 years ago and is no longer being used, it is still there and you can go visit it.

Besides being great at building, it’s said that the Menehune enjoy dancing and singing and shooting magical arrows at people that are angry with each other to feel love instead.

Menehune also love to go cliff diving. If you hear any splashes in the water at night, it might be the Menehune! 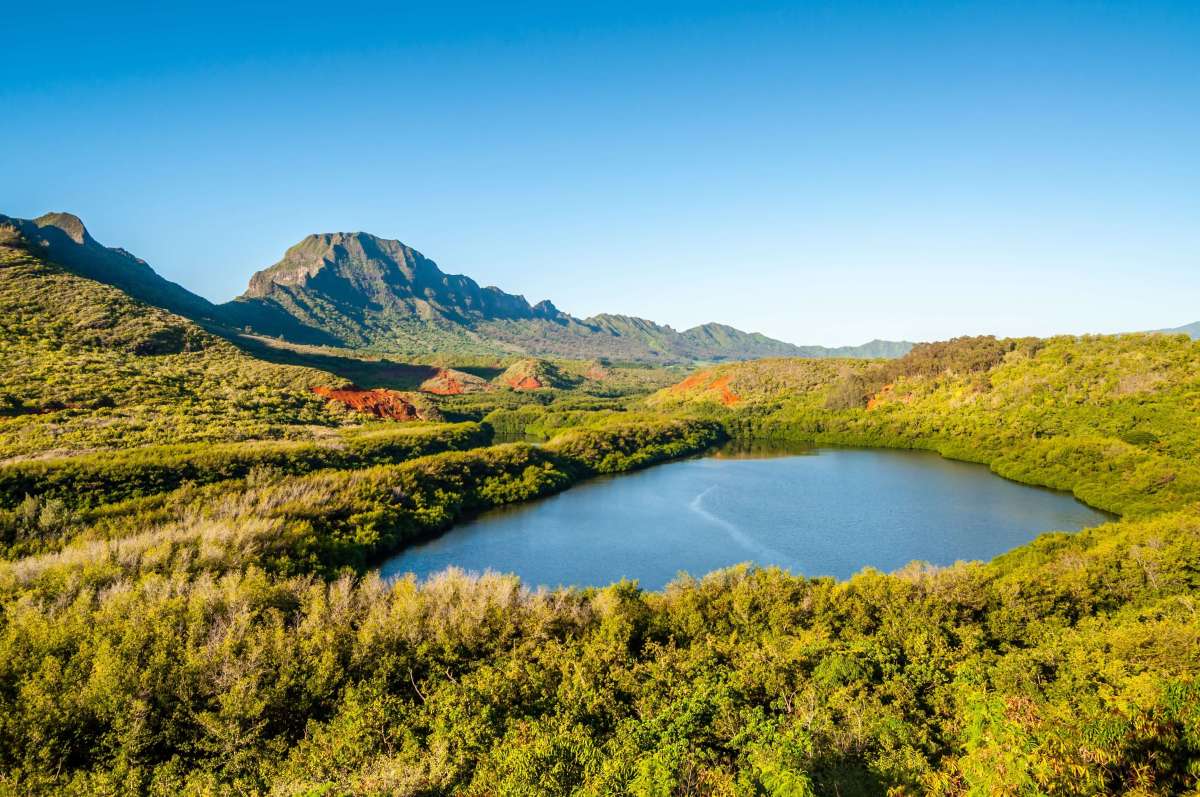 But are these legendary creatures real? Some people say that the word “Menehune” comes from the Tahitian word “manahune,” which means “commoner.” So, does that mean Menehune is about people small in social status but not in height? No one really knows. So, when you’re out exploring Hawai’i, keep an eye out for the Menehune. They might be out there!

The Sneaky Prince and Princess of Kauai

There is a myth about the Alekoko fish pond that says that the Menehune worked secretly at night and no one was allowed to watch them. But the prince and princess of Kauai that lived at the time were just too curious and hid in the woods above the pond. When the Menehune discovered that they were being spied on, they got so angry that they turned two young royals into stones. Look out for the two pinnacle rocks in the mountains that are said to be the two kids.