Conversation Starter: What Is the Japanese Festival Setsubun?

FamilyEducation Staff
Find out more about the Japanese holiday of Setsubun and learn about the traditions and customs of this special holiday.

How about some fun holidays from around the world to join in? Here is a Japanese tradition you might want to bring to your family: Have you ever been told, ‘Don’t play with your food!?’ Well, during the festival of Setsubun in Japan, kids are allowed to throw soy beans all over the house and even out the windows!

This traditional holiday happens on February 3rd each year to mark the start of springtime on the Japanese lunar calendar. And families and communities celebrate with a good luck ritual called mame maki!

Mame maki is a super-fun way to drive out naughty ogres or spirits called oni. Oni are blue or red, have two horns, carry a club, and wear a tiger-skin loincloth. At Buddhist temples and shrines, famous people, or even sumo wrestlers, throw roasted soy beans, known as ‘fortune beans’ from a stage for people to try to catch! 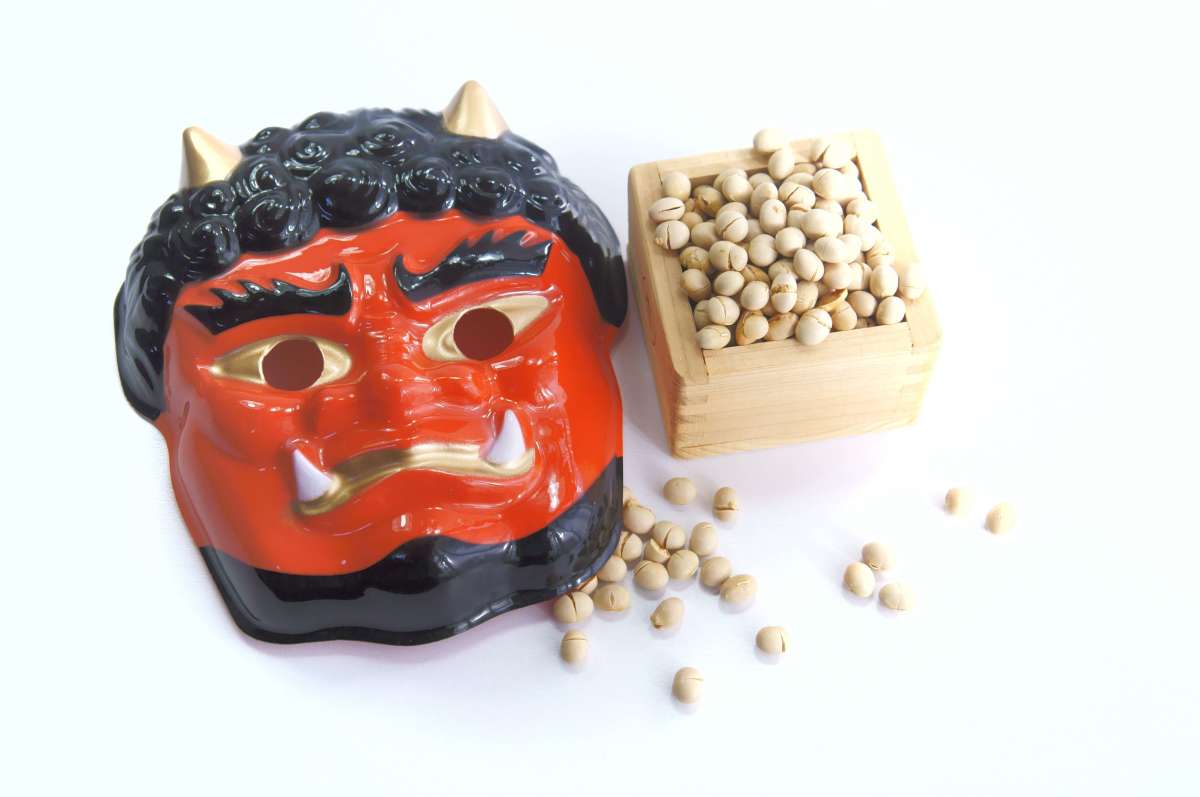 In Japanese homes, an adult, usually dad, puts on a creepy oni mask and runs all over the house as the kids try to hit him with the soy beans! Meanwhile, people shout, ‘Oni wa soto; fuku wa uchi!’ which means, ‘Out with the goblins; in with good fortune!’

Other Traditions of the Day…

Phew! When dad’s worn out, it’s extra lucky to eat the same number of roasted soy beans as your age, though kids might sneak a few extra! Then it’s time for the special sushi rolls, eho-maki, to bring more health, happiness and fortune. But watch out; the rolls shouldn’t be cut and everyone must eat in silence, facing in the year’s lucky direction, else all the good luck may disappear! 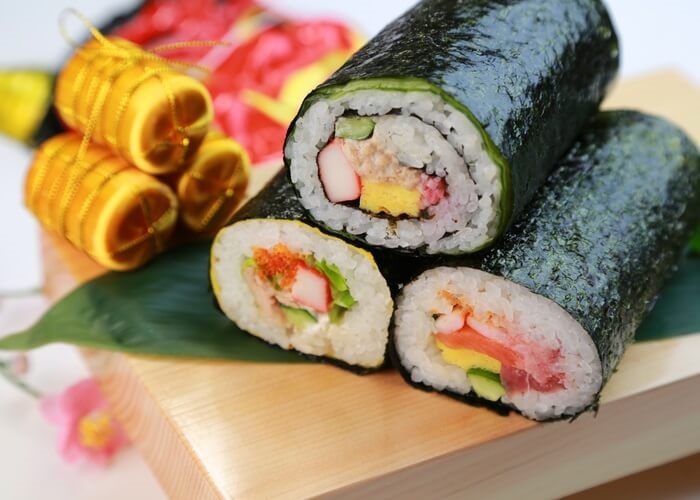 In Japan during Setsubun, people also play tricks with how they look - girls dressing up as old ladies and men and women dressing as each other! This is because Setsubun is believed to be an in-between time without the normal rules!

It’s fun to learn about different cultures and festivals. If you’re by the city, you could pay a visit to your local Japanese district, such as Little Tokyo in New York’s East Village or Japantown in San Francisco! Japanese stores are likely to sell eho-maki and roasted soy beans ready for the festival - some may come with an oni mask though it might be fun to make your own! Then all you need do is find a willing adult to wear it and throw the beans about for good luck!