Conversation Starter: What Are Greenhouse Gases?

FamilyEducation Staff
Find out how greenhouse gases are created, and why they are so harmful for the Earth's environment.

Have you ever learned about global warming or Climate Change? It might be hard to believe on a freezing winter day, but over the course of time, the average temperatures on Earth have slowly been getting warmer. Some people believe this is happening naturally, but leading science points to the excess greenhouse gases being released into the environment by man-made industrial practices.

Greenhouse gases are types of gases that exist in the Earth’s atmosphere, like water vapor, carbon dioxide, and methane. Natural amounts of greenhouse gases actually help make our planet livable. When the sun’s rays shine down onto Earth, greenhouse gases help keep some of their heat close to our planet instead of letting it all escape – this is usually known as the greenhouse effect. (Without greenhouse gases, our planet’s average temperature would be about 60°F colder!) 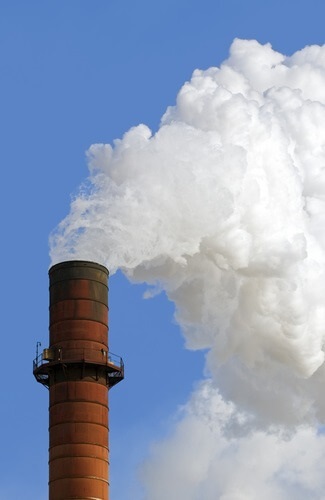 However, many scientific findings show that in recent years, industrial and agricultural practices like fuel use, raising cattle, and factory production have caused us to release a lot more greenhouse gases than our planet is used to having! Too much of the sun’s heat is being trapped by the increased levels of these gases, and it’s giving us warmer temperatures, also known as global warming.

According to most science specialists, the high levels of greenhouse gases now being regularly released into the atmosphere are having (and will continue to have) negative effects on our beautiful planet. The increase in temperature is causing the glaciers to melt and sea levels to rise. The lives of many plants and animals are becoming endangered because their natural habitats are changing faster than they can keep up! The well-being of mankind is greatly affected too, and we need to make sure that we leave a healthy planet behind for the generations that will come after us.

Why Are They Called “Greenhouse” Gases?

The greenhouse effect gets its name from the way a greenhouse works: The glass walls allow the sun’s rays to enter but not leave, much like greenhouse gases do for the planet.

It is everyone’s responsibility to do his or her own part in preventing global warming. Here are some things you can do to help limit greenhouse gases.

In addition to these, what other great green ideas can you think of?

This article and its images were first published on www.Whyzz.com, a website that helps parents to explain the world to kids, to inspire them to make a difference and to raise true global citizens.