Conversation Starter: Do All People Use the A-Z Alphabet for Writing?

FamilyEducation Staff
Not everyone uses the same alphabet! Learn more about the four main writing systems used throughout the world.

Do you study any foreign languages? In school, you might learn Spanish or French, or even Mandarin. While in Spanish or French you can rely on the same letters that you use for reading and writing English, Mandarin is a whole different story because the characters in the Chinese language don’t have anything to do with our alphabet.

Over a third of the world’s population writes using the Latin alphabet, with letters running from A-Z, and if you’re from America, Europe, Australia or New Zealand, you’re likely to learn to write using this set of letters. But did you know that billions of other people actually use a different writing system?

In fact, there are many different types of writing scripts right across the globe! Kids in Arabia learn a set called an Abjad. Instead of writing from the left side of the page over to the right, writing starts from the right and moves left! On the other hand, children across Asia may learn Indian or Chinese scripts. Traditionally, Chinese writing begins on the right and moves down the page in columns, whereas children in Russia learn to write using a set of letters called the Cyrillic alphabet. 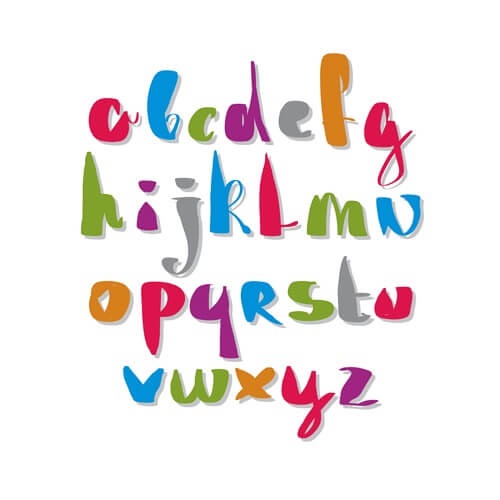 There are actually four main writing systems and these are grouped depending on whether each symbol stands for a letter, a syllable or an entire word.