Does the Shettles Method Really Work for Gender Selection?

Robin Enan
The Shettles method is a popular method of natural family planning that includes instructions on the timing of sexual intercourse during a woman’s menstrual cycle, the use of female douches to affect the pH of body fluids, and sexual position. We're here to answer your questions about what the Shettles method is, if it really works, and what the science is behind it.
Table of contents

It’s been said that parenthood is the ultimate exercise in letting go of control. This begins with a couple’s initial attempts to conceive, and it can be jarring to feel like you’re no longer in the driver’s seat during such a momentous transition. So, it’s no surprise that a book titled, How to Choose the Sex of Your Baby, would make a huge splash.

That book, by physician Landrum B. Shettles, hit the shelves in 1970, outlining a multi-step guide to creating the most favorable conditions to conceive a little boy or girl. This popular method of natural family planning includes instructions on the timing of sexual intercourse during a woman’s menstrual cycle, the use of female douches to affect the pH of body fluids, and sexual position. Dr. Shettles’ book was revised in 2006 and its Amazon listing is filled with enthusiastic reviews.

But what actually is the Shettles method, and does it really work?

Can You Game the Sex Selection system?

As a researcher specializing in obstetrics and gynecology, and studying the physiology of human reproduction in the mid-20th century, Shettles began to explore the differences between male sperm cells based on which sex chromosome they carry – X or Y. Using a phase contrast microscope, he observed differences in the shape of the sperm heads that contained male-producing Y chromosomes and those containing female-producing X chromosomes. He also found that the different types of sperm swam better and survived longer in different environments.

Detecting ovulation is an important factor in the Shettles method. The female menstrual cycle lasts an average of 28 days, beginning on the first day of menstruation. Women are considered to be fertile for about seven to 10 days after menstruation ends, with the peak of those fertile days - the day of ovulation - occurring around the 14th day. At that point, one of the ovaries releases an egg that makes its way to the uterus.

Based on his observations of sperm characteristics, Shettles developed a theory about timing of intercourse: male sperm, which were smaller, swam faster and had a shorter life span than the female sperm, would be more likely to win the race to the egg if a couple had sex around the time of ovulation – resulting in a baby boy. Making love earlier in the fertile window, in contrast, would favor the female sperm, which were slower, fitter and usually lived longer than male sperm – thereby producing a baby girl.

It’s Not Just When You Do It, But How

Shettles also believed there were ideal sexual positions to set a sperm up for success and influence gender selection. Deep penetration, such as the man entering the woman from behind, would favor a male sperm, he argued, because the fast-swimming male sperm can start the race closer to the cervix. To try to conceive a girl, shallow penetration such as the missionary position is recommended.

Then there's the matter of the female orgasm. The secretions that occur when a woman has an orgasm are alkaline and increase the measure of alkalinity within the vaginal environment - a more favorable condition for y-bearing sperm. Therefore, Shettles claimed, to conceive a male fetus the woman should have an orgasm before the man to create that alkaline environment. If the couple is hoping for a girl, on the other hand, the woman should refrain from having an orgasm until the sperm has already been ejaculated.

One of the most controversial aspects of the Shettles method is its recommendation surrounding the use of female douches to create the ideal vaginal environment. According to Shettles, an acidic douche containing two tablespoons of white vinegar to one quart of water will increase the likelihood of a female fetus because X sperm tend to survive longer in an acidic environment. A male sperm fares better in an alkaline environment, and the method recommends an alkaline douche containing two tablespoons of baking soda to one quart of water. To be effective, Shettles said, the douches should be used before intercourse on every occasion.

Important safety note: Most doctors recommend against douching, which can cause an overgrowth of harmful bacteria and lead to vaginal infections and sexually transmitted infections (STIs). According to the U.S. Department of Health and Human Services’ Office on Women’s Health, douching has been linked to pregnancy complications including preterm birth and ectopic pregnancy.

Is the Shettles Method Worth the Hype?

Judging by the 5-star Amazon reviews, there are many satisfied Shettles method adherents eager to share their success stories. In the latest version of his book, Shettles himself claims a 75% success rate. But what does the scientific evidence say?

In the decade following the publication of Shettles’ book, Barbara W. Simcock designed a study to check the feasibility of a modified form of the Shettles technique among 73 women over a four-year period. The results, published in 1985 in The Medical Journal of Australia, did not show a statistically significant difference in sex ratios when compared to uncontrolled intercourse.

Other studies have shown that intercourse timing in relation to ovulation doesn’t seem to affect whether you conceive a boy or a girl. A 1995 study published The New England Journal of Medicine tested for any association between intercourse timing and the sex of the infant and found that deliberately timing intercourse as recommended by the Shettles method “has no practical value in sex selection.”

In addition, recent studies in 2001, 2006 and 2013 using advanced tools such as atomic force microscopy have refuted Shettles’ claim that x-bearing and y-bearing sperm are different based on their shape.

So, Should You Give Shettles a Try?

Aside from its recommendations on douching (a practice discouraged by most doctors), the guidelines surrounding timing and method of intercourse are harmless if you’re interested in using Shettles to try to influence gender selection.

However, currently the only scientific guarantee of a boy or girl is through preimplantation genetic diagnosis, a screening test that can be performed on embryos created via in vitro fertilization (IVF). 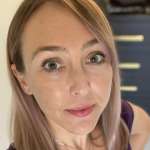