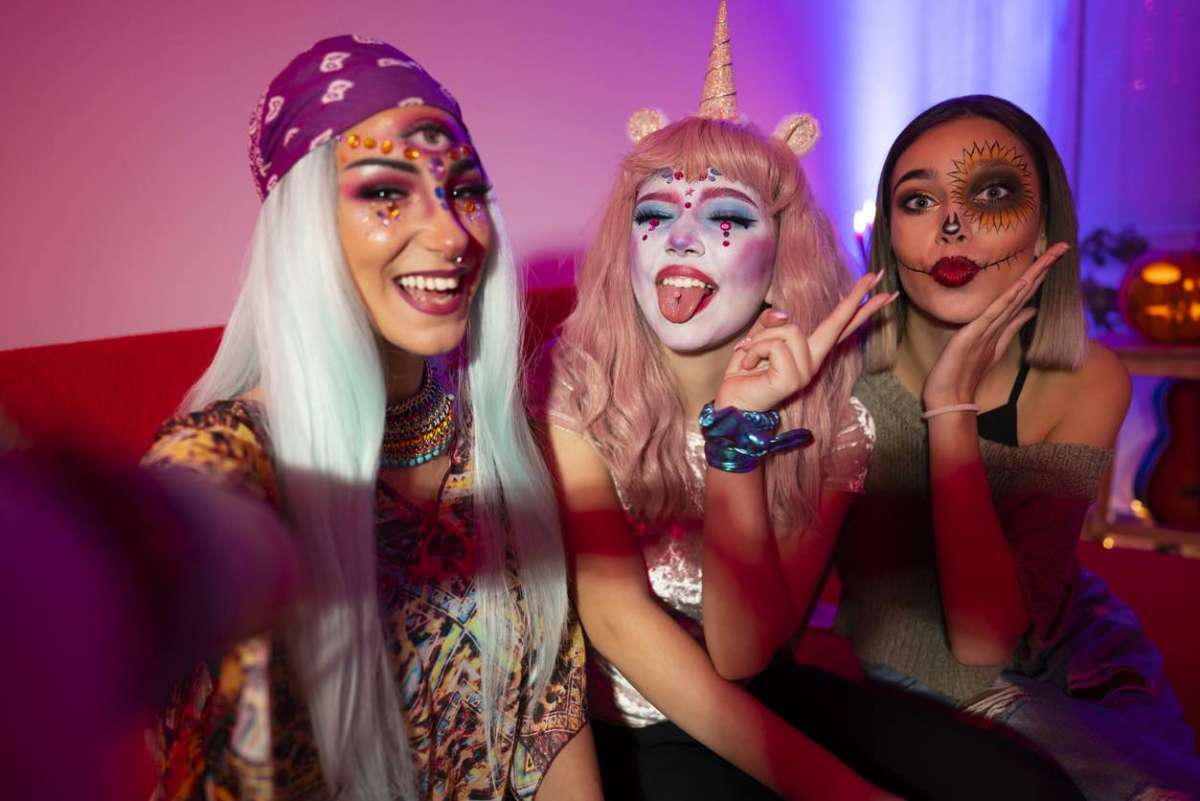 These halloween costume ideas for teen girls and teen boys and group costumes will be popular costume choices for Halloween 2022!
Brittany McCabe
Table of contents

If your family is like mine, the next Halloween countdown begins promptly on November 1st. We love talking about costume ideas in winter, spring, and summer. It is fun to plot and plan our next great costume idea from silly to scary, we love it all.

For parents, we want to make sure costumes are age appropriate and for a tween or teen. Let’s face it, nothing is scarier than not knowing what they will wear.

Margo Robbie has been inspiring teen girl Halloween costume ideas for years. With the highly anticipated upcoming Greta Gerwig Barbie movie, this is sure to be a popular costume choice.

With the new Marvel movie coming out, She-Hulk is a perfect girl power costume that will be sure to make a hit this Halloween season.

If you needed an excuse to copy this style icon, now is the time. He is always rocking the best threads and now you can too!

From the controversial HBO cult teen phenomena, Euphoria. If you plan to dress up as Cassie Howard, keep a look over your shoulder for Maddy.

If you prefer someone a little less emotional and someone a whole lot more feisty, then Maddy from Euphoria is the character for you.

6. Daphne, Eloise, or Edwina from Bridgerton

Go for a regal look this Halloween season with an Edwardian-inspired dress from Netflix’s hit series Bridgerton.

Dress up as one of the characters from this supernatural teen horror series and you’ll be sure to be the talk of Greendale.

Get the complete  Chilling Adventures of Sabrina Halloween costume here:

How can you go wrong with this Halloween classic? Beetlejuice is synonymous with Halloween. Show your gothic side with a Lydia Deetz Costume.

From the popular Netflix series, Inventing Anna. If you don’t know, Anna Delvey is the fake German heiress who schemed her way into New York’s high society life.

Wandavision was a huge hit among MCU fans. The show follows Wanda Maximoff, The Scarlet Witch, who tries to live a normal life after the devastating events of Avengers: Endgame.

Get the Wandavision Halloween costume here:

If your teen was obsessed with watching Squid Game, like all of us were, then they can go as their favorite player in the popular Netflix series.

What teen (or anyone), doesn’t love Flamin’ Hot Cheetos?! This is a hilarious Halloween costume and will be sure to cause a sizzle.

3. Pizza Slice While we are on the topic of food, this pepperoni pizza slice Halloween costume is anything but cheesy, and we think your teen will also agree.

An Among Us Halloween costume is a perfect choice for the teen gamer. It’s a wildly popular online multi-player survival video game that received great reviews and is loved by tweens and teens.

Get the complete  Among Us Halloween costume here:

Those wavey tube inflatables are always so joyful and funny. This wacky wavey Halloween costume will certainly bring smiles to your tween or teen this Halloween. It also works as a bonus reference to Jordan Peele’s new horror movie, Nope!

The classic Halloween favorite, Beetlejuice! (Should we say it a third time?) The stripey suit makes for a great teen boy Halloween costume and maybe they will even find Lydia Deetz around!

This popular martial arts Netflix drama and sequel to Karate Kid is a great choice for tweens and teens who can pack a punch. And very relevant as Cobra Kai season 5 just dropped on Netflix this September!

A popular comedy about two metal-loving teens who try to win their school’s battle of the bands. This is a great choice for the music lover.

The popular Marvel movie is based on the American superhero whose life changes after a car accident. Great tween costume for the superhero fan.

Is your teen a Star Wars fan? Why not go as Din Djarin from the popular Disney+ show, The Mandalorian. With season 3 just around the corner, this costume will surely be out of this world.

The cartoon Network hit series which follows three girls with superpowers in a small town. With your pick between Blossom, Buttercup, or Bubbles, a group of three would be adorable as the Powerpuff girls.

Everyone has been trying the new TikTok Sailor Moon filter, so this is a great excuse to dress up as your favorite Sailor Moon character for a super powerful group.

In this popular Netflix series based on the 1980s era, this group of teens, one of which has powers, escapes a dark government establishment. This show makes for an awesome group costume with tons of girl and boy characters to choose from.

This one is just funny! Getting a group of four to walk together, pretending to be on a roller coaster could be epic.

Riverdale just wrapped its sixth season, so why not go as Archie and the gang? Riverdale is a popular supernatural drama on the CW based on the classic comic books. There’s tons of modern 50s fashion for inspiration and plenty of boy and girl characters to choose from!